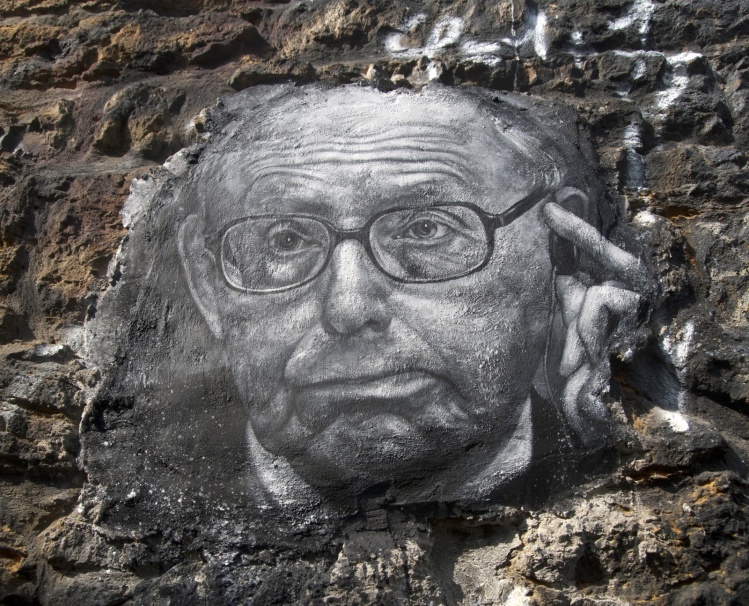 In his 2011 book Reading Obama, the historian James Kloppenberg called the president “a man of ideas,” an “intellectual” who had long “showed the capacity and inclination to mobilize America’s intellectual traditions to bolster democratic political action.” Indeed, in a recent New York Times interview Obama revealed that even during his years in the White House he dedicated himself to reading—in an effort, as he put it, to “slow down and get perspective,” to “get in somebody else’s shoes,” to “maintain my balance.” Unlike many high-profile politicians, he wrote many of his own speeches, trying, as he says future political leaders must, “to tell a better story about what binds us together as a people.”

If Barack Obama embodies the promise of public intellectualism, his own record also reveals its shaky prospects. Deep learning eloquently brought to bear on the contemporary moment has, quite evidently, not been enough to shore up the aging foundations of our republic—much less bind us together as a people. And a live-from-the-West-Wing Twitter feed is not likely to advance our fortunes, either. “The evolving edifice of public intellectualism,” to use the term of Public Intellectuals in the Global Arena’s editor Michael C. Desch, rests on a foundation whose cement seems to be returning to sand. We have it on good information what comes next.

“Once human societies stop being essentially grounded in tradition, something like public intellectualism becomes constitutive,” observes the political scientist Michael Zuckert in his chapter of this volume. And herein lies the challenge these authors—fifteen in all, from a range of disciplines and nationalities—glimpse and name in diverging ways. If our grounding in tradition is gone, and if the enlightened replacement yet continues its deconstructing course, what have the intellectual avatars of the contemporary order to offer?

Economics, apparently. Desch names the discipline “the preeminent home of public intellectuals” in today’s academy; Mark Lilla drily notes that “Economics 101” is now “the world’s de facto core curriculum.” The economist J. Bradford DeLong agrees, announcing that “Economists are here to tell you what’s what and how to do it”—teachers in the authoritarian mold, it seems. He follows this pronouncement with the observation that, given the triumph of global capital and subsequent failure of any other organizing principle, mere citizens have no choice but to “listen” to economists. “But you have nearly no ability to evaluate what you hear,” he warns. “When we don’t reach a near consensus, then heaven help you.” As DeLong goes to lengths to show, the country—the world—is in the hands of a field that is nowhere close to such consensus. Such news does not reassure the democratic soul.

DeLong baldly states that “a market economy’s underlying calculus is a calculus of doing what wealth wants rather than what people need.” Several contributors are intent on finding a way to thwart that desire and explore alternatives. Willy Lam, writing on the fate of public intellectuals in China—where, he says, their “toughest challenge” is mere “survival”—places his hope in the triumph of what he calls, variously, “universal norms,” “universal-style democratic institutions,” and “the values enshrined in the charters of the United Nations.” Writing from the United States, Zuckert too finds the “liberal-democratic tradition” to be “the indispensable ground for our common moral and political life.”

But is the liberal democratic tradition up to the challenge—the challenge of disciplining an economic order that exists not to prosper democracy but itself?

Is the liberal democratic tradition up to the challenge of disciplining an economic order that exists not to prosper democracy but itself?
sharetweet

On such crucial questions this volume sounds an uncertain note—and a rather quiet uncertain note at that. This may have something to do with the fact that on the whole its contributors lean right; indeed, Desch dedicates the book to Allan Bloom and Samuel Huntington. Remarkably, given their incontestably central place in the history of public intellectuals, no thoroughgoing leftists (seemingly) number among the contributors—none, that is, disposed to warn of enlarging catastrophic conflict between democracy and capital. Tellingly, many of the book’s authors find themselves preoccupied with structural-functionalist questions regarding the evolving place of public intellectuals in contemporary society, taking for granted that society’s integrity and stability (or, just as concerning, the impossibility of an alternative to the current order). The actual “global arena” of the book’s title is often (again, tellingly) lost from view, replaced by musings on the “role” of intellectuals in it. These portions of the book read like a tired update of mid-twentieth-century sociological theory.

But at key moments urgency breaks through. Lilla in fact goes so far as to conjure the ghost of Marx. “Returning to the baroque edifice Marx’s Capital would be a step backward,” he writes. “But acquiring some of Marx’s ambition simply to describe the reality of contemporary capitalism and its political repercussions would be a genuine advance.” He contends that “the era of liberal idealism that began in the 1980s and spread in the 1990s is over,” and that we now find ourselves illiberally bound to a global behemoth that is yet unnamed—or not named properly: “We have no idea how this system really works, or even what to call it.”

Andrew Bacevich—not one to take stability of any kind for granted—writes in a similar register. In his examination of Cold War American intellectuals Bacevich discovers an earlier version of the same analytic deficit Lilla points up, warning that these influential intellectuals, when “faced with a dire threat defined in oversimplified ideological terms,” broadcast “a faux ideological response.” Their tendency to miss the actual historical circumstances for the Big Idea proved costly: they helped leverage “a state-centered militarized version of liberalism.” The result? “Gaping inequality and a culture that has made gods of choice, consumption, and an absence of self-restraint”— a “shallow and insipid definition of freedom,” he none too delicately calls it.

Definitions of freedom may be hammered out in the intellectual sphere, but they begin as social practices in the realm of civil society—that pricey terrain that Lam, for instance, has his eyes on when he thinks hopefully about the prospect of serious, independent intellectuals in China. Even the Communist Party, in its own malign way, grasps this: it has “been reviving Confucianism with gusto,” writes Lam, “so as to fill the spiritual vacuum within citizens who have lost faith in socialism.” Ahmad S. Moussalli (from the American University of Beirut) senses the same spiritual need in the Middle East. He criticizes “Arab renaissance intellectuals” whose embrace of a liberal, secular vision choked out “an intellectual Muslim modernist and reformist trend,” paving the way for “the authoritarian nationalist state.” Moussalli understands that public order—whether in liberal or authoritarian societies—is bound up in religious vision, ideals, and practices. Political wisdom requires an embrace of this inalienable human reality, however socially complicated such an embrace may be.

But the West has tried, of course, to lead the way in the other direction, a trajectory assessed with acuity by the political theorist Patrick Deneen, who turns our attention to the secularizing currents in the history of higher education. Earlier in our past, he writes, the task of the college teacher was to achieve “the integration of various forms of knowledge,” guided by a “theory of human flourishing” that imagined education’s end to be the cultivation of the “free citizen.” “The structure of the college,” he notes, “reflected the deeper commitment to a universum.” Today, thanks to the internet, we may have enlarging “public intellectual” presence, but only—and not coincidentally—in the face of an absent public, a public that, having been educated in a fragmented disciplinary and social order, has given itself over to “jobs and private affairs”: Economics 101.

We citizens need a new core curriculum: that much this volume makes clear (even when it’s not trying to). And we need the active presence of that ancient Augustinian city, portending a new one. We need a civil society founded upon the bedrock of institutions that store up treasure capital cannot see. And we need teachers—intellectuals, if you will—who can help us to see and seize that treasure. Now.