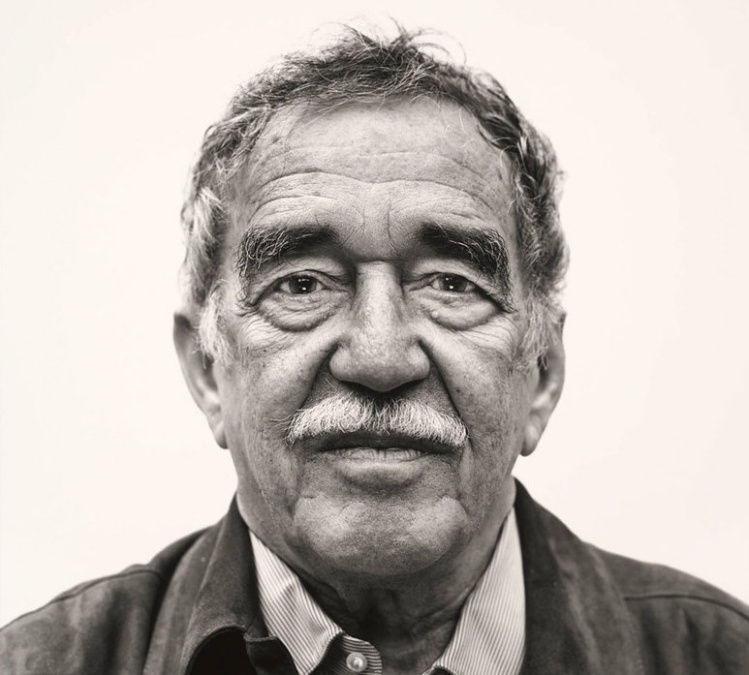 Describing the impossibility of inventing a dictator whose cruel quirks could outdo twentieth-century precedent, Gabriel García Márquez simply shrugged: “Latin American and Caribbean writers have to admit, hands on hearts, that reality is a better writer than we are.” In that same 1981 column for the Spanish newspaper El País, he also framed the aesthetic of magical realism for which he is so famous as an accommodation to literary tastes trained on Europe, unprepared for the “disproportionate reality” of Latin America. Someone who thinks the Danube is long cannot imagine the enormity of the Amazon, he figured, and someone who thinks a “storm” means rain and thunder cannot imagine the full force of a hurricane. Literature is not for augmenting reality, then, but imitating it—which occasionally requires exaggeration.

This column, “Something Else on Literature and Reality,” is one of many of García Márquez’s musings on life and literature found in a recent anthology focused on his nonfiction, The Scandal of the Century and Other Writings. Selected by García Márquez’s former editor, Cristóbal Pera, and translated in witty, rhythmic prose by Anne McLean, the collection’s fifty pieces range from his early gig as a humor columnist in 1950 to the height of his literary career in 1984. Drawing exclusively from work that García Márquez published in periodicals, the book surveys an eclectic mix of genres, including investigative journalism, opinion pieces, literary commentary, and even a few stray short stories. Pera explains that he chose texts that “contain a latent narrative tension between journalism and literature” in order to “provide readers of his fiction a sample of his writings for the newspapers and magazines for whom he worked a great part of his life.” The relationship between journalism and fiction was a symbiotic one for García Márquez: he may have seen his journalism as an apprenticeship for his fiction, but he also used his literary fame to fund the journalistic enterprises that occupied the final stage of his career. From the limited-run zine he ran as a twenty-four-year-old (Comprimido, or  “Cheat Sheet”) to the leftist biweekly magazine he cofounded (Alternativa) to the pro-democracy monthly he saved from bankruptcy with his Nobel Prize money (El Cambio), García Márquez had a lifelong commitment to supporting a free press that ultimately culminated in his creation of a foundation for emerging Latin American journalists in 1994. His role as a publisher and editor was so important to him that, as he famously said, “I do not want to be remembered for One Hundred Years of Solitude, nor for the Nobel Prize, but for the newspapers.”

Perhaps fortunately for García Márquez, the unflattering portrait painted by the literary commentary included in the anthology will make readers want to stick to his great novel. While two lovely fragments from the universe of One Hundred Years of Solitude first published in newspapers are included (“A Man Arrives in the Rain” and “The House of the Buendías”), neither provides substantial insight into his writing process. Instead, the collection dwells on his catalogue of literary influences, from Moby-Dick and Oedipus Rex to Faulkner and Hemingway, which is mainly interesting as proof that one cannot trust an author to analyze his own writing. The qualities he praises in others—tight plot structure, economy of expression—are the polar opposite of his own meandering, labyrinthine works. From there, his musings on literature devolve into the predictable rants of mid-century male literary genius: he jeers at “the interpretative mania” taking place in classrooms across the globe where his work is now being taught, which “eventually ends up being a new form of fiction.” He asserts that each era “does not have as many essential books as teachers who enjoy terrorizing their pupils claim, and you can speak of all of them in a single afternoon.” Surprisingly gratified by the appearance of fabricated quotes and forged autographs that lessened his publicity workload, he nonetheless complains that his alter ego “is the one who enjoys the fame, but I am the one who gets screwed by living it.” And wondering why he puts himself through it all, he demurs, “You’re a writer in the very same way you might be Jewish or black.” Hand on heart, reality has provided a better stereotype of successful male authorship here than any satirist might.

García Márquez’s fatal flaw, as ever, is his abundant male chauvinism.
sharetweet

García Márquez’s fatal flaw, as ever, is his abundant male chauvinism. In his fiction, it’s pervasive and inescapable: inert matriarchs, enchanting prostitutes, and young girls constantly raped, killed, or killing themselves, rarely shown in possession of any interior life. In his nonfiction, it’s simply crass. Amused by the friendly rivalry between Venezuelan and Cuban student revolutionaries in the late 1950s, he laughs at the “triumphalist package” of women’s underpants they exchanged in the mail, figuring military triumph as sexual domination. Later, disappointed with “the commercial rigor of the Europeans” in the sex trade, he reminisces about Caribbean brothels, full of “lovely untamed mulatas who sold themselves more for the fiesta than for the money.” Most unapologetically, in 1982 he published “Sleeping Beauty on the Airplane,” a column nominally about Japanese literature that nevertheless mainly entailed fantasizing about a stranger who sat next to him on a recent flight. Minutely describing the woman’s “aura of oriental antiquity,” he informs the reader that he has “always believed that there is nothing more beautiful in nature than a beautiful woman.” Seeing the “plain band on her left hand,” he consoles himself with her youth, assuming “that it wasn’t a wedding ring but just that of a happy and ephemeral engagement.” This goes on for paragraphs before he makes a tenuous connection to Yasunari Kawabata’s 1961 novella House of the Sleeping Beauties, thus justifying the inches of newspaper he devoted to documenting his lust. García Márquez was awarded the Nobel Prize for Literature the following month.

For those who can persevere through these disappointing insights into García Márquez the literary figure, the anthology soars when it shows off his portfolio of actual journalism, which peaks with his work in his late twenties at the Bogotá daily El Espectador. In a playful profile of Colombia’s office of unclaimed letters (or, as he calls it, “the cemetery of lost letters”), he solemnly interviews the only three people in the country with legal authorization to open others’ correspondence, and documents the curiosities in the archive of unclaimed objects. It is tempting to seek out the seeds of magical realism between the piece’s poetic, ambiguous headings (“BROAD AND ALIEN IS THE WORLD”), but the aesthetic is closer to pure whimsy. Such a bizarre, loving tribute to a bureaucratic island would be more at home on Atlas Obscura than in One Hundred Years of Solitude. It’s almost twee. And for sheer delight, it beats out all his novels.

Meanwhile, though the editor’s note is somewhat apologetic about García Márquez’s reputation as a propagandist for Fidel Castro, the few Cuban pieces included are relatively mild in their politics. (Despite his sympathies, García Márquez was fond of reminding his readers that, as he had been racially profiled and mistakenly jailed in Paris, the Algerian Revolution was “the only one for which I’ve actually been imprisoned.”) The most emphatically anti-imperialist selection is his portrait of the first year of life on the island after the United States imposed a trade embargo, tellingly titled “The Cubans Face the Blockade.” “From the point of view of production,” he wrote, “Cuba soon found that it was not actually a distinct country but rather a commercial peninsula of the United States.” In his telling, the impact of the shortages was slow but intense, leading to ever-greater creativity in pitiful menu substitutions until armed shopkeepers end up fighting off robbers. While inevitably ideological, his fondness for the people’s perseverance remains the focus of his dispatches from Cuba:

That was the first Christmas of the revolution celebrated without suckling pig and turrón, and the first time toys were rationed. However, and thanks precisely to rationing, it was also the first Christmas in the history of Cuba when every single child, with no distinction whatsoever, had at least one toy.

There are dozens of such intriguing clips from García Márquez’s time as a foreign correspondent, but the story for which the collection is named is the one that really merits the price of admission. Right from its title, “The Scandal of the Century: In Death Wilma Montesi Walks the Earth” nails manic tabloid storytelling and refuses to let the reader go. Published in installments from Rome, the story covers the murder of a young ingénue—or was she?—and it has everything. Twists and turns include postmenstrual fainting spells, Jesuit conscience, drug traffickers, unscrupulous reporters, a pornography studio, and the son of the Minister of Foreign Relations. Each installment ends with a summary of soon-to-be-relevant evidence, called “The Reader Should Remember,” transformed most satisfyingly at last into “The Reader Should Know.” It’s a classic scandal (young woman’s murder, its dastardly cover-up) that García Márquez expertly complicates, one testimony at a time, until readers are left with nothing but the taste of good old Italian corruption in their mouths. The story is compelling precisely because we think we already know it. Like García Márquez’s tabloid readers, we too are inundated with true-crime narratives. His experimental form and dogged humor make this account genuinely innovative in a genre that could not be more done to death. When I finished reading it, my first thought was “I hope there’s a podcast.”

That’s the scandal, really. Not just that García Márquez, like so many men before him and since, had such a way with words about dead women, but that we have such an appetite for them.

The Scandal of the Century and Other Writings
Gabriel García Márquez, translated by Anne McLean, edited by Cristóbal Pera
Knopf, $27.95, 336 pp.

Catherine Addington (@caddington11) is pursuing a PhD in Spanish literature at the University of Virginia.