A Magazine's Guiding Principle
By The Editors
U.S. Catholicism 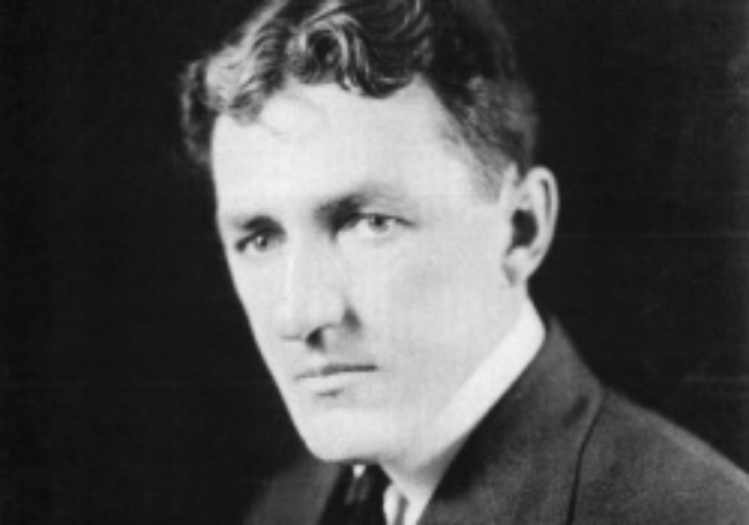 “We’re in for troubled times,” the Oxford historian Margaret MacMillan recently warned, addressing a group of historians in Salzburg, Austria, who gathered to discuss the threats to peace, democracy, and world order facing the international community today. In comparison with what she called “the certainty of the Cold War” and its “particular clarity,” MacMillan asserted that “we’re now living in a much more complicated world, with low-level conflicts that never seem to conclude, and the sense of things ending somehow, of a great period of transition.”

It is easy enough to be pessimistic. War rages between Sunnis and Shiites across the Middle East and Northern Africa, with Islamic extremists pledging to carry the fight to Europe and America. In Egypt, the Arab Spring has ended in the return of military dictatorship. The Israeli-Palestinian conflict festers endlessly. Negotiations over Iran’s nuclear ambitions are at a precarious juncture, with hardliners here and in Israel urging military intervention. Europe, too, is unsettled. After brazenly annexing Crimea, Russia’s president Vladimir Putin has fomented civil war in Ukraine and boldly asserted Russia’s right to extend its sphere of influence, playing a dangerous cat-and-mouse game with the West. In Asia, meanwhile, China aggressively flexes its muscles in territorial disputes with Japan, the Philippines, and other countries, while stifling pro-democracy demonstrations in Hong Kong.

There is indeed precious little “particular clarity” about how to deal with these challenges—and little clarity, for that matter, about the fundamentals of political economy in our complicated world. Triumphalist prognosticators who declared liberal democracy and free-market capitalism the only viable path forward after the collapse of the Soviet Union have had to watch as a marriage of crony capitalism and autocracy has prevailed in a number of countries. Meanwhile, economic stagnation and political paralysis afflict the liberal democratic West, especially the United States, where cynicism about the frustrating business of democratic governance is deepening. One hopes that what MacMillan calls a period of transition will not be one of democratic retreat.

Commonweal, which celebrates its ninetieth year of publication with this issue, was born as a consequence of World War I. The magazine’s founding editor, Michael Williams, had worked for the National Catholic War Council—a precursor to the U.S. Conference of Catholic Bishops, established to support the war effort and assist the spiritual needs of Catholics serving in the armed forces. At the time, the nation’s Protestant majority still harbored deep suspicions about the loyalties of Catholics. When it came to war, would Catholics take their orders from the president, or the pope? Much of this nativist prejudice was allayed when hundreds of thousands of Catholics rallied to Woodrow Wilson’s call to arms.

After the war the United States enjoyed unprecedented prosperity, with its still largely immigrant Catholic community growing steadily in strength, confidence, and political and economic clout. Commonweal’s founders hoped that a journalistic and intellectual endeavor of quality would draw attention—and give expression—to the contributions Catholics were making to American society, and especially to the vitality of liberal democracy. To this end, in its first decade Commonweal explored the underappreciated Catholic wellsprings of the American nation. The editors insisted that a certain religious piety—an outlook rooted in a larger, transcendent hope—not only went hand-in-hand with democracy’s celebration of the common man, but was crucial to forging consensus about the common good in a pluralistic society. Our freedoms as individuals ultimately depended on the commitment of all to the institutions of democratic governance, not merely the pursuit of personal ambitions or the exercise of individual rights. As far as the editors were concerned, the Declaration of Independence’s bold assertion that “all men are created equal, that they are endowed by their Creator with certain unalienable Rights” rested on bedrock Catholic principle regarding the inherent value and dignity of every human life—and society’s duty to protect it. A democratic republic that honored that principle would flourish; one that neglected it would founder.

Then as now, this faith in democratic principles had to be defended against merely materialistic understandings of human life and purpose. In this spirit the magazine opposed communism and pseudoscientific notions about eugenics. It also opposed fascism (even where fascists were allied with the church) and condemned racial prejudice. Liberal democracy, very much in retreat between the last century’s two world wars, received little encouragement from the church in its struggles with authoritarian forces. Yet Commonweal refused to abandon its belief in either democracy or Catholic truth, consistently arguing that in the modern world the health of one was very much related to the health of the other.

If the magazine has been guided by any one principle, it is this: that despite the bitter post-Enlightenment conflicts between church and state in Europe, democracy and Catholicism need not be antagonists. Indeed, they can and should be partners. The church has something to learn from American democracy about institutional accountability, but Catholicism still has much to teach the modern world about justice, the limitations of individualism, and the sanctity of life. From its inception Commonweal embraced the religious-liberty guarantees in the U.S. Constitution, long rejected by the church as an indulgence of religious error, and insisted that religious pluralism and ecumenical understanding need not end in the indifferentism Rome feared. In Vatican II’s Declaration on Religious Freedom, the church finally conceded as much, vindicating our conviction that political and religious freedom are both inalienable aspects of human dignity.

Today, an array of religious voices regularly issue dire warnings about the failures of American democracy, the decadence of contemporary culture, and the marginalization or even persecution of religion by the secular state. There is an element of hyperbole in this rhetoric. With authoritarian governments on the rise across the globe, and genocidal violence threatening Christian communities in the Middle East, the dangers posed by secular democracy are surely comparatively benign. Are there prominent secular forces hostile to religion? Of course. But many of the problems besetting the churches are self-inflicted, and can only be remedied by an honest examination of their own failings. What is more urgent now, in this “great period of transition,” is for religious believers and communities to spur a renewal of trust in democracy itself by forcefully speaking out in its defense.

Democratic egalitarianism has deep Christian roots. Yes, democracies are short-sighted, easily manipulated by the wealthy, eager to pander to interest groups, often unwilling to make hard decisions, and prone to stumble through crises. Yet, in our era, they have proven to be far more resilient than authoritarian regimes. Why, exactly? Two centuries ago, Tocqueville concluded that while democratic institutions were fallible, democracy finally worked because people believed in it. Ultimately, the faith people had in the democratic idea made them resolute in the face of error or corruption. Mistakes could be corrected, and were; incompetent or corrupt politicians could be voted out of office, and were.

Historically, religious communities in America have led the way in propagating this faith in self-government, and so perhaps it is not surprising that as Americans have become more secular, they have also become more disillusioned with government in general. Yet the church continues to remind us that our fates as individuals are forever intertwined, even in our hyper-individualistic age. In dedicating ourselves to the commonweal, we direct our lives toward a meaning that we otherwise neglect at our peril—and in the process, as the political philosopher Michael Sandel has written, “we can know a good in common that we cannot know alone.” In similar fashion, Catholics believe that more transcendent truths are also something we must come to know together, in communion, if we are to know them at all. Today, no less than ninety years ago, these two faiths must continue to complement and nourish one another.