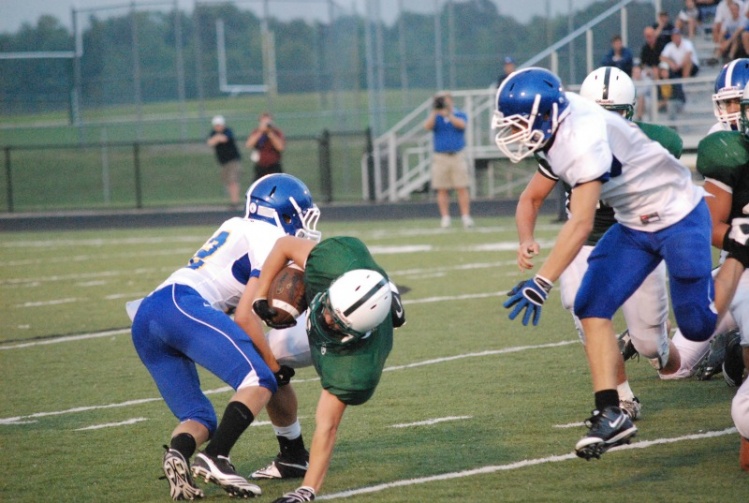 This one will be short and anything but sweet.

Two noteworthy confrontations in my neck of the woods here in Connecticut bring troubling aspects of the current moment to the fore, and highlight the stresses being placed on American norms of social civility. Both incidents involve high-school sports contests between white suburban towns and minority city teams.

The first came during a football game in mid-November, shortly after the Presidential election, when the football team from Wilton – a wealthy and overwhelmingly white town in Fairfield County – was hosting the team from Danbury, a city with a high proportion of immigrants and a significant population of undocumented workers. During the game, kids in the Wilton stands repeatedly chanted, “Build the wall! Build the wall!,” to insult the visitors.

The second occurred just yesterday, in the Hartford suburb of Canton – another white and well-to-do Connecticut town – whose high-school basketball team was playing a nearly all-black city team from Hartford. Whenever the Hartford players stepped to the foul line, a group of Canton kids chanted “Trump, Trump, Trump!” Others had brought Trump signs to the game.

Political free speech is an American fundamental, of course; and the practice of attempting to distract foul-shooters has become a standard tradition of basketball. But why by shouting the President’s name? Does anyone imagine that the Canton kids would have deployed that chant had they been playing, say, the team from neighboring Avon, another upscale white town? Of course not. Like the build-the-wall insult in the Danbury game, the chant can only be understood as a race (and class) provocation. It was an attempt to wield the president’s name, and policies, as a race weapon.

Where is this coming from? Another article in today’s paper reminds us that the vast majority of teenagers are powerfully influenced by, and indeed tend to parrot, their parents’ political views, with only 3% of teens reporting that they strongly disagree with their parents’ views. So it makes sense to trace the line back from these kids in the stands and ask their parents, What are you teaching your family?

In a larger context we might ask, what is the chicken and what is the egg? Does a president prone to crude and insulting mockery create an abraded social environment, or vice versa? Presumably the causality is mutual and dynamic. In a certain sense we elect who and what we are – the successful candidate is the reflection and even the creation of a certain political mood and moment. But then he turns around and both abets and amplifies the qualities of that moment.

This morning’s NPR show, On Point, took up the rash of anti-Semitic threats experienced nationwide of late, and noted that New York City has reported a 55% increase in hate crimes in the past year – a period in which, says Jonathan Greenblatt, the head of the Jewish ADL, “bigotry has moved from the margins to the mainstream.”

Why and how is this mainstreaming of hatefulness happening now? What is the relationship between broad national themes and the particularities of actual daily life in our communities? Where does civility come from, and what erodes it? That’s a hugely complex question, and it would be facile to suggest simple causes. What seems clear to me is that belligerent trash-talking at the top – the unfettered expressions of invidious impulses -- both licenses and encourages the same further down.

A President both sets and reflects a tone. Right now what we have way too much of is the tone of taunting. And as every kid on the receiving end of a bully’s dealings understands all too well, the ugly force behind taunting, ultimately, is violence.

Any President should be deeply troubled to find his name used as an avatar and weapon of bigotry.  Is ours?