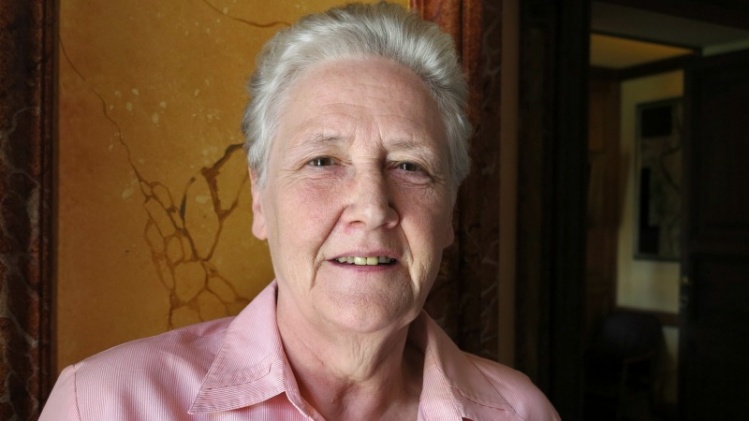 In a news-making statement released on Ash Wednesday, Marie Collins, a survivor of clerical sexual abuse who was appointed by Pope Francis in 2014 to serve on the Pontifical Commission for the Protection of Minors, announced her resignation. Collins praised Pope Francis for his attempts to reform the Church’s response to clerical sexual abuse and its procedures for handling new allegations. But she denounced the Roman Curia, and especially the Congregation for the Doctrine of the Faith, for blocking these efforts. She also made it plain that she never got to meet and speak with Pope Francis. “I have come to the point where I can no longer be sustained by hope,” she said in her statement. “As a survivor I have watched events unfold with dismay.”

Collins’s resignation and her comments raise a number of questions, not just on the future of the Pontifical Commission. What does it mean for Cardinal Gerhard Müller’s tenure in the Roman Curia and as prefect of the CDF—and thus for the credibility of Francis’s intended reforms? And what does it mean for commission leader Cardinal Sean P. O’Malley, his relationship with the CDF, and with the Roman Curia in general?

But another question arises from how the Vatican handled Collins’s announcement. What is happening in the Press Office of the Holy See seven months after the retirement of Federico Lombardi?

In July 2016, after ten years leading the office, Lombardi was replaced by American journalist and layman Greg Burke, formerly a correspondent for Fox News and for Time magazine in Rome. Burke was also at the Secretariat of State for three-and-a-half years, during which time he worked with Lombardi. Under Lombardi, the press office served as the voice of the pope—both Benedict XVI and Francis. For example, when clergy sex-abuse survivor Peter Saunders took a leave from the Pontifical Commission for the Protection of Minors in June 2015, he had very strong words for Cardinal George Pell. Lombardi quickly issued a statement distancing the commission from Saunders.

But nothing has been heard from the office following Collins’s resignation. Instead, the only official to face the press has been Fr. Hans Zollner, SJ—a psychologist, psychotherapist, and professor in the Gregorian University’s Institute of Psychology. He is also a member of the Pontifical Commission for the Protection of Minors, and also president of the Centre for Child Protection at the Pontifical Gregorian University.

The Holy See’s Press Office seems either unable or unwilling to speak on behalf of the pope in this case. Perhaps it’s because Collins criticized not just a single cardinal, but also the CDF and the entire Roman Curia. With the retirement of Lombardi, the press office is not functioning as the pope’s voice but as the Vatican’s voice. This doesn’t work. Even Vatican diplomacy is technically “papal diplomacy,” since it relies on the authority of the pope and not on the Vatican. And this is true even more for Francis’s pontificate.

This apparent change in the role of the press office could also be part of the power struggle going on in Rome since Francis’s election. Yet it also signals something else: the transformation of the overall Vatican media operation under Monsignor Dario Edoardo Viganò, prefect of the relatively recently established (June 2015) Secretariat for Communications. According to Francis’s motu proprio of June 27, 2015, this secretariat is to oversee a complete overhaul of the media operations of the Vatican, merging and absorbing a number of institutions: the Pontifical Council for Social Communications, the Holy See Press office, the internet service of the Vatican, Vatican Radio, Vatican TV, L’Osservatore Romano, and Libreria Editrice Vaticana. It will also take control of the website of the Holy See. Perhaps the press office’s silence on the resignation of Collins is merely a “communication issue.” But when they say that at the Vatican, there’s usually much more to the story than communication.