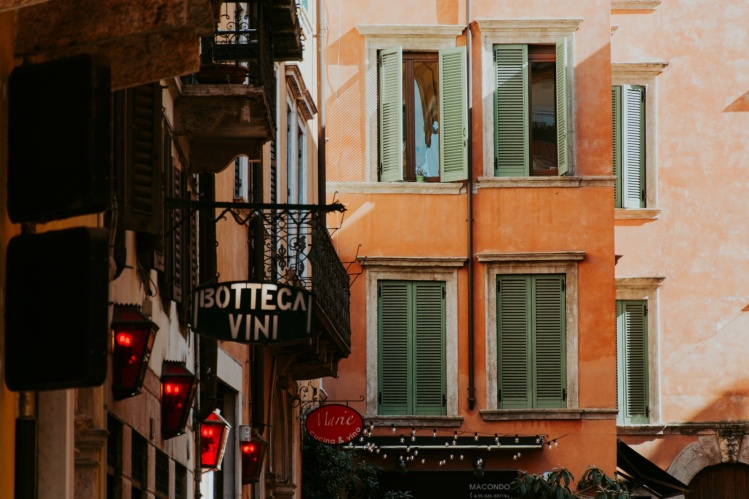 Photo by Z S on Unsplash

One of my pet peeves as a nonfiction writer is nonfiction that’s presented as fiction. Maybe the writer is (A) too lazy to make sure all the facts are right; (B) not brave enough to own the story as nonfiction; or (C) wants to masquerade as a novelist in hopes of seeming more “literary.” Writing fiction—whipping up people and places from scratch—is hard. Nonfiction is hard for different reasons: the need to ensure accuracy, the risk of angering your subjects. But both require writing talent.

When I flipped through Juliet Grames’s novel The Seven or Eight Deaths of Stella Fortuna (Ecco, $13.99, 464 pp.), I was worried. At the back of the book is a short essay from Grames in which she reveals the provenance of her tale, which is in the reality of her grandmother’s life. But once I began the novel, my concern ebbed. It starts with a letter from the character who will be telling us the story (the granddaughter, and in some sense, the author). From the moment I got past this framing device, I was kidnapped and held hostage for a full week by Stella Fortuna and her family members. And I didn’t care whether they were fiction, nonfiction, or some crazy hybrid of the two.

Grames takes us where few stories about the Italian-American experience have—into the kitchens, bedrooms, and even bathrooms of the women who’ve lived it. Typically left on the sidelines, making beds or chicken cacciatore (remember The Godfather), in Grames’s hands they’re the engine that makes the Italian-American family run (and the engineers that keep it on track). Rarely have their hopes, dreams, wounds, and near-deaths been seriously depicted in literature, since the male characters were sucking all the air out of the railroad apartments they lived in after they immigrated here.

I think of the validation I felt recently when I learned that Mario Puzo based Don Corleone on his strong mother. Grames takes female lives that normally would have been ignored—–for instance, describing in vivid detail the day an old family photo was taken, down to what dresses and shoes were worn and why—and blows them into the high drama they deserve. Italian or not, we’ve all come across that crazy grandmother or aunt, who may rant or have a decades-long vendetta against someone else in the family. We shrug her off and laugh. But this book tells us why she’s the way she is and leaves us wondering what stories in our own families have gone unexamined.

The story starts in Calabria in the days right before World War I and carries us, and its mostly female characters, to L’America—not the romanticized, sepia-toned version we’re used to, but one with bloody, dysfunctional, sexist, feces-streaked details that could have been culled only from actual family interviews, dogged research, and firsthand experience with women relatives like these. One of my favorite moments comes when Stella eats a bowl of pasta and can tell from the taste which of her relatives cooked it. Subtle, but beautiful.

Grames uses fiction to take us that extra step: into the minds of her characters, into the delicate workings of their relationships with one another, and into our own sense of who we are as sisters, mothers, victims, and ultimately, everyday heroes. Whether your ancestors were Italian, Irish, Puerto Rican, German, African, or some combination, you’ll never quite look at them—or this blessed melting pot of a nation—the same way again after reading Stella’s story.

Nunez lays bare the angst that we all feel, not just as artists or human beings, but as animals placed side by side on earth.
sharetweet

Sigrid Nunez sets up her latest novel as a fake memoir addressed to a dead friend and fellow writer, delving into his suicide and her adoption of his Great Dane, Apollo. An outgrowth of an actual memoir she wrote on her friendship with Susan Sontag, The Friend (Riverhead Books, $16, 224 pp.) not only takes a personal story and raises it to new heights, but examines the writing life itself.

Nunez discusses the unspoken truths that we sensitive writer souls often skirt—our envy of one another, the morality of betraying people in our lives for a good story, the absurdity of writers’ workshops. More than that, it lays bare the angst that we all feel, not just as artists or human beings, but as animals placed side by side on earth.

Maybe it was because my Australian Shepherd, Blue, had just died when I picked it up last year, but The Friend hit me hard. The book was a surprise bestseller for the veteran author and went on to win the National Book Award, so it seems a lot of people were as touched by it as I was. In an interview with the New York Times, Nunez explained that she hadn’t started out with a narrator so close to herself, but her life just “seeped in.” While she was working on the book, a writer friend committed suicide by jumping off the Golden Gate Bridge.

Maybe the reason writers lean toward fiction rather than nonfiction—even with stories taken from life—is because memoir has made it possible for people like comedians, actresses, rock stars, or anybody with a dysfunctional family (this author included) to make the bestseller list, further cheapening an already questionable profession. As Nunez says in her book: “To write and have something published is less and less something special. Why not me, too? everyone asks.”

The words are not Nunez’s own, but those of the French critic Charles Augustin Sainte-Beuve, circa 1839.