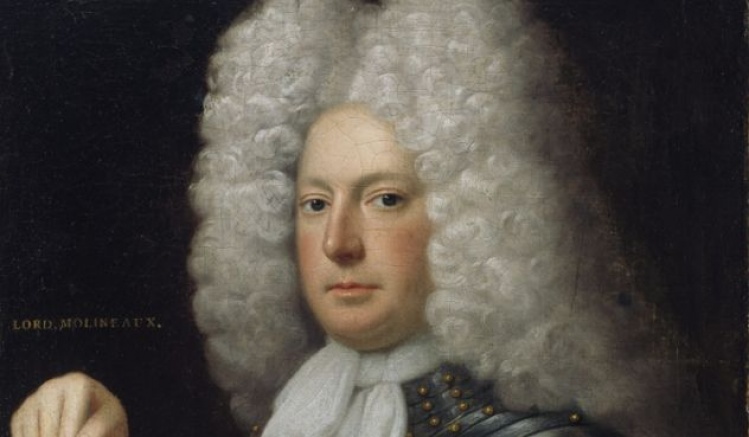 In a well-known passage from his Essay Concerning Human Understanding, John Locke discusses a question that was posed to him by the Irish politician William Molyneux: Suppose, Molyneux writes, that a man was born blind, and learned to identify the shapes of things through touch. Later in his life, the man’s sight is restored. Will the man be able to recognize by sight the shapes he had previously known by touching them?

Molyneux’s question was meant to invite reflection on the similarities and differences in how the world is perceived through different senses. (He and Locke both thought the answer would be No: the way a shape looks when you see it is too different from how it “appears” to touch for the newly sighted man to recognize immediately the shapes he saw.) But it also invites us to reflect more broadly on the nature of the senses and their place in our lives. What would it be like to have been blind from birth, and then suddenly be able to see? If you were Molyneux’s blind man, and had the opportunity to have your sight restored, is this something you would choose to do?

It’s tempting to think that the answers to these questions are obvious. Of course it would be good, if you were blind, to be made to see! Think of all the things—colors, distant objects, subtleties of gesture and facial expression—you’d now be able to perceive. Think of how much richer your daily experience would become.

But in fact things are not this simple. For one thing, the results of surgery to restore a person’s sight are widely variable, and sometimes troubling or disappointing to the newly sighted person. (For an illustration of this, see Oliver Sacks’s description of his patient Virgil in the essay “To See and Not to See,” and the dramatic rendering of this story in Brian Friel’s play Molly Sweeney.) Moreover, even a successful transition from blindness to sight isn’t like the lights turning on in a dark room, or the picture changing from black and white to color in Victor Fleming’s The Wizard of Oz. Coming to see takes work, and the addition of a new sense-modality has far-reaching consequences for the way one lives from day to day. Finally, even if these consequences are positive on balance, that’s much easier for us to say than it would be for someone who’s never been able to see, and who’s structured his or her life around this constraint.

In Transformative Experience, the philosopher L. A. Paul argues that experiences like coming to have sight for the first time raise problems for a conception of rational choice that depicts it as a matter of weighing the probabilities and subjective desirability of various possible outcomes, and settling on the choice that seems most likely to have a result that pleases you. First: How does one choose rationally whether to become sighted when it’s not possible to know, prior to making the choice, what being able to see is like? Precisely because you’ve never been able to see, your consideration of whether you will be happier if you gain this ability can’t be settled by comparing the experience of a sighted person to what your life is like now. Second, such a choice is difficult because it’s likely that one consequence of coming to see will be a deep change in your preferences: certain activities that you enjoy in your blindness will become less interesting to you, whereas others will become newly enjoyable. Which preferences, then, should be given priority—the ones you have now, before the transformative experience of coming to see, or the ones (as yet unknown) that you’ll have afterward? The situation here is entirely different from one in which you have to choose between, say, having chocolate or vanilla ice cream for dessert, or going on vacation or staying home. In these cases you have a good sense of what the possible outcomes will be like, and none of them are likely to have drastic and possibly irreversible effects on who you are as a person. Transformative choices can’t be approached in this way, and this is what makes them so terrifying, as they face us with the prospect of losing the selves we know in exchange for the radically unfamiliar selves we might become.

If Molyneux’s hypothetical example sounds too far-fetched to you, there are more mundane cases that illustrate the point just as well. (Note, however, that the example is not far-fetched: today there are cures for both congenital blindness and deafness—and the latter are very controversial.) One of Paul’s most vivid examples is the experience of becoming a parent: it’s only when you’ve had a child that you can really know what it’s like to have a human being be radically dependent on you for his or her sustenance and upbringing, and what it’s like to have your own happiness bound up with that of such a fragile creature. Moreover, coming to have a child changes your preferences in wide-ranging and unpredictable ways, so that while your non-parent self might hate (or love) many of the things you’ll have to do as a parent, once you are a parent you might feel differently about them, as well as about many things you loved to do when you were childless. Given this, you can’t choose rationally to have a child in the way you can choose dessert or a vacation. If you try to imagine life as a parent, the results will be wildly inaccurate and incomplete. Nor can you use your current preferences to determine whether life with a child would be enjoyable for you, because if you become a parent this will give you a very different set of likes and dislikes than you have right now. How, then, are you to choose? How can you reason well about what to choose, if the choice itself will transform you in these ways?

A version of this problem arises in any situation where (1) a person has to make a choice whose wisdom depends importantly on considerations of her own subjective well-being, but (2) she’s not in a position to determine how the choice will affect her subjectively, or how it will alter her preferences. Situations like this abound in modern life, which makes it all the more striking how inadequate the modern conception of rational decision-making is for dealing with such dilemmas. As Paul shows, the difficulty such situations raise for this conception arises not from mere uncertainty about the possible outcomes of a choice, but rather an inability even to grasp some of these outcomes because they’re too subjectively different from the life one already knows. Nor can one simply rely on the testimony of others or even on “expert” scientific opinion on how people’s lives are changed by such choices, since there’s no guarantee that one’s own experience will be the same as theirs.

As a final example of this quandary, consider the challenge of settling on a career, or discerning a religious vocation. There’s no way to resolve this sort of deliberation without attention to one’s individual preferences, since even if you conceive of a vocation as a divine calling or think your life’s work needs to benefit others more than yourself, you can’t tell what kind of life to choose without considering what it will be like for you to live in various ways. And while you can certainly get a lot of relevant information by reflecting on your preferences and learning from others about the different options, everything you learn will be seen “from the outside,” without the kind of commitment that would give you a real grasp of what these possible lives are like. Moreover, it’s in the nature of commitments that they are not supposed to be easily reversible: like parenthood, they are not something you can merely simulate or “try out.” It’s only after you’ve committed your life to a certain trajectory that you can really understand what it is like to have done so.

Paul argues persuasively that these features of transformative experience pose a significant challenge to the orthodox conception of rational choice described above. Her tentative alternative suggestion is that the rationality of transformative choices should be seen in terms of what they reveal to us. According to Paul, one can rationally choose to have a transformative experience if one rightly values what one reasonably expects to learn from it—specifically, what it’s like to live in the light of this transformation, with the new set of preferences that results from it. I’m not sure that this is always enough. The value of learning what something is like might be a good basis for deciding whether to go sky-diving for the first time or try an exotic fruit, but deciding whether to have a child or commit oneself to a career seems to require more than this. One thing that might be added is a role for trust: not a mere confidence that if you make a certain choice, various results will follow, but trust in a person who is in a position to share the results of this choice with you. As many philosophers have argued, to trust someone in this sense is not just to take what he or she says as a piece of evidence: if you invite me to do something, and I really trust you, then I won’t need to weigh your word against my prior determination of whether this is something I’d like to do. Instead, I can simply believe that you wouldn’t invite me to do this if you weren’t in a position to know that it would make my life better.

One limit of this suggestion is that coming to trust someone is itself transformative in all the ways Paul discusses. Nevertheless, if you already trust someone, then that person’s perspective can be for you something more than a source of evidence about what your future will be like if you make a certain choice. Perhaps the reassurance of such a person can provide you with a different kind of reason to choose an experience even when, from your current perspective, you can’t foresee how the experience will change you.