Tradition You Can Hold 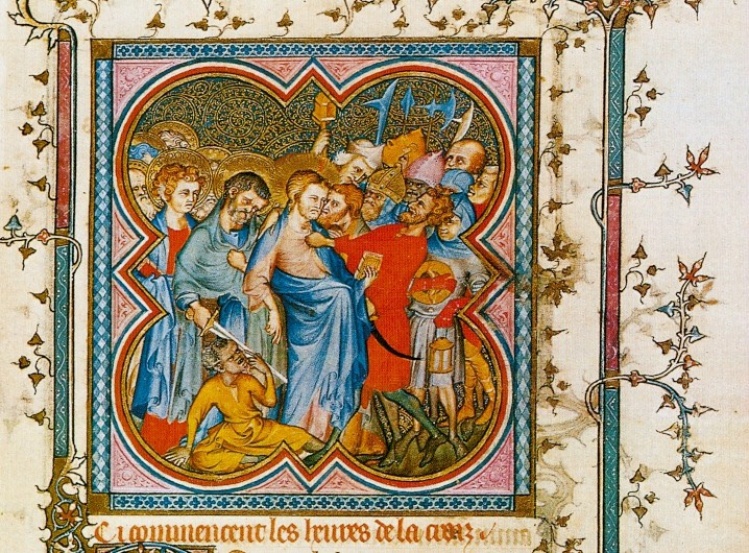 Gutenberg invented the printing process in the mid-fifteenth century. The ability to mass-produce cheap books, in turn, made it possible for almost anyone to learn how to read, a skill that had previously been available only to the very privileged. The new technology also meant that every reader could become an author, since even the most arcane and ephemeral texts could now be disseminated in large quantities at manageable cost. In the twentieth century, photocopy machines made it possible for any author to become a publisher: even the barely literate or the completely insane could propagate their thoughts in a potentially unlimited number of copies, with no help from anyone else. Now, with the internet, any would-be publisher can act like a media conglomerate, broadcasting every thought or feeling or experience all over the world—be it serious but obscure research, a thoughtful minority viewpoint, celebrity trivia, or the most outrageous paranoia, the fakest of fake news.

Before all that, however, every book was a handcrafted artifact, a manuscript requiring a substantial investment of human labor to create. Hundreds of sheep had to die so that their hides could be stretched and manufactured into parchment pages. Geese had to be plucked so their feathers could be heat-treated and carved into quill pens. Insect eggs had to be collected from infested oak trees, so they could be mixed with iron filings to make ink. Scribes needed months or years to copy out a single book, especially if they were clerics who had to spend hours every day singing psalms and liturgies in church. Then painters would set to work, if the buyer could afford them, adding illustrations and decorative initials with pigments made from precious stones, silver, and gold. Last of all came the bookbinder, creating a custom-made cover of fine leather or hand-woven cloth, with metal studs and clasps to help protect the precious text within.

But the finished product was only the first stage of a manuscript’s history. Books could be carried far away from the place where they were originally made: bought and sold, lost or stolen, sometimes recovered again. Generations of readers added comments in the margins, even adding more pages or removing old ones. Books were easily destroyed by fire, flood, vermin, or war—what survives today is only a tiny percentage of all the manuscripts that were ever made. Some books were preserved as holy relics of the saints who had once allegedly owned or made them. Others, like the Gospel of Judas, were discovered in the graves of people we can’t even identify. In the past three-hundred years, many manuscripts were dismembered so that beautiful samples of illumination and calligraphy could be sold to collectors, while the texts—judged to be of no interest—were thrown in the trash. Indeed, fascinating books have been written about important medieval manuscripts that existed centuries ago, but are now long gone. Everyone working in manuscript studies can quote the third-century Roman grammarian who said, “Habent sua fata libelli.” Books have their own fates.

To read even one medieval manuscript, therefore, is to undertake a long historical journey, as a scholar works her way back through all the owners and readers of every century past, all the way down to the original scribes and makers. Many of these long-dead people can only be identified after extensive research, and even then we rarely learn their names. Merely determining the original century and location at which a manuscript was created is a feat requiring considerable effort and erudition.

But to study a manuscript today requires more than a chronological journey; there is also a geographic one. Too many manuscripts still abide in backwoods country churches and other insecure environments—what one of my teachers once called “little creepy places”—where they are at serious risk of being lost, damaged, stolen, or eaten by worms. Many more, especially the most valuable and impressive ones, are preserved in state and university libraries, and a few private collections, where they are protected by a phalanx of security measures and regulations. Qualified scholars who want to read them have to present credentials and letters of recommendation. We are often asked to wash our hands, wear special gloves, leave most of our possessions in a locker, use only pencils for taking notes. In some cases we are not allowed to turn the pages ourselves—only a librarian may do that. Scholars and librarians may need to resort to second and third languages just to communicate, especially in countries where the native language is unfamiliar to most foreigners. Among themselves, manuscript researchers trade stories about how they traveled to the ends of the earth and navigated impenetrable bureaucracies just to get to see an actual manuscript—stories that may be as remarkable as the manuscript’s own history. Today, though, more and more manuscripts are being locked away and declared nearly inaccessible, in an understandable if regrettable effort to preserve them—for a medieval manuscript suffers a bit of damage every time its pages are turned or exposed to the light.

Christopher de Hamel of Cambridge University is one of the leading manuscript experts in the world. In Meetings with Remarkable Manuscripts, subtitled Twelve Journeys into the Medieval World, he describes more than twelve geographic journeys he made—to Aberystwyth, St. Petersburg, and Los Angeles, among other places—to examine some of the most famous manuscripts in existence, and to research their historical backgrounds. They include the earliest codices of the Latin Vulgate Bible, The Book of Kells, the lavishly illustrated commentary on the Book of Revelation in New York’s Morgan Library, the Carmina Burana, and the oldest manuscript of The Canterbury Tales. Each journey is recounted in a pleasant, conversational style that is easy to read, yet the discussion itself is weighty and masterful. There is plenty of suspense, since, for each manuscript, de Hamel reassesses evidence and proposes new theories about some aspect of its origin, or the identity of its scribes, or its ownership history down to the present.

For these reasons, this is a rare example of a book that appeals to both specialist and non-specialist audiences. For a person with no training in manuscript study who would like to know what it’s all about, I could recommend nothing better than reading at least one chapter of this 632-page book, pausing over its many beautiful color illustrations. But anyone with a professional interest in the field will not want to miss de Hamel’s own original thinking about these ancient tomes. From out-of-the-way bits of evidence he seems to have reconstructed much of the ownership history of the Hours of Jeanne de Navarre. At various times it belonged to three queens of different countries and a crown princess—all descended from St. Louis of France—along with a king and “the Duc de Berry himself, the greatest royal book collector of the Middle Ages.” The nineteenth-century cataloguer Sydney Cockerell “would have sold his soul to know that.” Along the way, the Hours also belonged to such well-known bibliophiles as Hermann Göring, who personally confiscated it from the estate of the Baron de Rothschild. As for me, I was knocked out of my chair by de Hamel’s proposal that the famous picture of the Wheel of Fortune on the first page of Carmina Burana does not depict the ancient Roman goddess of good and bad luck, but the Holy Roman Emperor Frederick II (1220–50), who certainly experienced plenty of ups and downs during his long battles with the papacy, the Saracens, and his fellow German princes.

One can’t know everything, and when de Hamel moves away from his core expertise, he does say some things I would have advised him not to. The earliest European representation of the Virgin and Child is not in The Book of Kells—there are much earlier ones in the Roman catacombs. As the co-author of a book on the Ethiopian Rite, I would not say that “very little has changed” there since the sixth century. Charlemagne was canonized by an anti-pope, whose pronouncements were abrogated by the Third Lateran Council. In the modern church he is considered beatified, but not a saint. However, these are minor side issues in a wonderful book.

As I stumble around in the modern, post–Vatican II church of the early twenty-first century, I often hear the word “tradition” used as an abstraction, a shibboleth, a provocation, a cudgel. When people talk this way, I can’t help but think that so much of what we know about the content of tradition comes by way of medieval manuscripts. Thus I often feel like saying to such people, “You know, I have gone on some long and difficult journeys to some really creepy places, negotiated with the locals in third languages, and talked my way into libraries built hundreds of years ago. But I have held tradition in the palms of my own hands.” If you’re never going to have that experience, this book would be a fine substitute.

Peter Jeffery is the Michael P. Grace II Professor of Medieval Studies at the University of Notre Dame.