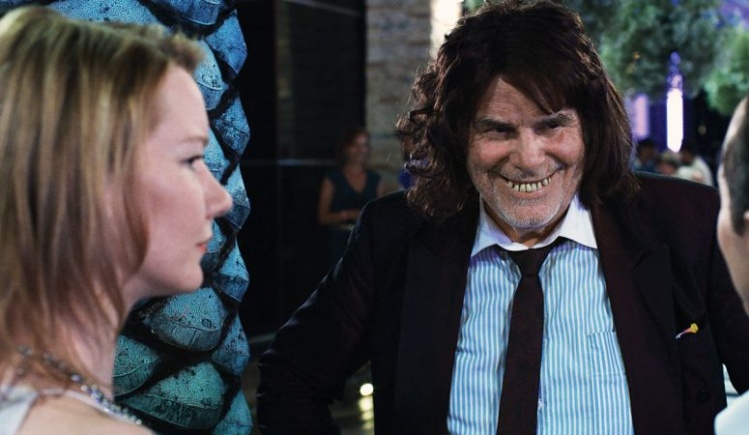 In 1931 the German Jewish writer Kurt Tucholsky wrote a hilarious Kabarett piece, titled “A Married Couple Tells a Joke,” in which a German husband and wife attempt to retell an uproarious joke they heard recently at a party. Both chortling at first, they soon disagree about how the joke goes, continually interrupt and correct each other, and end in an outburst of mutual rancor.

An affinity for comedy is part temperament and part tradition. The Tucholsky satire played on the notion that while Germans love to laugh, they don’t always know how to make themselves do it. The poles of German cultural and intellectual traditions, stressing science and logical analysis on one hand, and a deep romanticism on the other, do not exactly bring comedy to the fore. Consider the German directors of recent decades, and their identifying qualities. The metaphysical bent of Wim Wenders. The sympathetic feminist storytelling of Margarethe von Trotta. The splashy stylistic innovations of Tom Tykwer. The slam-bang action epics of Wolfgang Petersen. Werner Herzog’s default mode is one of solemn profundity, and the notes of humor in his films (Grizzly Man for example) can seem frankly unintentional. Drama, intensity, seriousness. But laughter?

Comedies that have been box-office hits in Germany tend to be gender farces (Doris Dörrie’s Men, Sönke Wortmann’s Maybe, Maybe Not), or self-deprecating travesties of provincialism (Go Trabi Go). Relying on broad comic clichés, these are not films that age well. In fact, the best German comedies aren’t really comedies at all—like Michael Verhoeven’s 1990 The Nasty Girl, for instance, in which a schoolgirl’s research into wartime Germany outrages her town, or Wolfgang Becker’s 2003 post-reunification East-West tragicomedy, Good Bye, Lenin! German film comedy succeeds best when it has something else, other than merely and purely our laughter, in its crosshairs.

Toni Erdmann falls into this category. Part of the something else in this case is director Maren Ade’s tribute to, of all people, the late American comic Andy Kaufman—and in particular to Kaufman’s rogue nightclub singer, Tony Clifton, who cut a Dada-esque swath through American popular culture thirty-five years ago with appearances in which audiences were sometimes unaware that he was not a true nightclub act, but a parody of one. Just such a zany impersonation is the take-off point for Ade’s Oscar-nominated film.

Like Andy Kaufman, Toni Erdmann defies easy summary. This is a film in which a hulking German man in fake buckteeth and floppy wig ends up playing the synthesizer while his businesswoman daughter sings Whitney Houston to a group of women at an Easter egg–decorating party. Got that? Let me backtrack. The film follows a few eventful weeks in the life of Winfried Conradi (Peter Simonischek), a divorced, sixtyish music teacher who lives alone with his aged dog, Willi. Winfried’s only child is his thirty-something daughter, Ines (Sandra Hüller), a high-strung corporate climber currently working for a German consulting firm doing business in Bucharest, advising oil firms how to cut labor costs by downsizing. When Winfried’s dog dies, he takes a holiday and decides to visit his daughter, to see how she’s doing in her life.

We quickly intuit substantial father-daughter estrangement, fueled by divergent sensibilities. Winfried is an incorrigible prankster and joker. In the film’s opening scene, answering his doorbell to find a delivery man bearing a package, he mutters about his brother the explosives expert, who likes sending bombs in the mail; later that same day, when a piano pupil of his announces he’s quitting his lessons, Winfried deadpans, “OK, but what am I going to do with the piano? I got it basically for you.” Humor is Winfried’s sword and shield. His daughter, on the other hand, is a driven and humorless workaholic. Director Ade charts the convergence of the twain, as the irresistible force of the father’s merriment meets the immovable object of the daughter’s tightly wound unhappiness.

Such contrasts are ripe for comedy, and Toni Erdmann delivers. Sensing his daughter’s inner misery, and generationally allergic to her corporate ambitions, Winfried sets out to put some obstacles in her path, in the hope of derailing her career and saving her—or at least making her laugh. His initial visit to Bucharest ends with a blowup, but instead of leaving he hangs around, donning a floppy wig and fake buckteeth, and presents himself as Toni Erdmann, a life coach to the stars. In this outlandish, Kaufmanesque guise he follows Ines around Bucharest, intruding into her life and embarrassing her at critical moments.

The filial contretemps invokes contemporary Germany’s preoccupation with stress, and draws on its longstanding view of its own chronic incapacity for fun, the collective self-conception of a tragically serious and hard-working Volk. There’s often something hortatory and dogmatic in German absurdism—as if they are saying Lighten Up! to themselves—and Toni Erdmann operates squarely within this mode. Deploying absurdity to make serious arguments for the importance of silliness, the film insists that being childlike is a form of liberation. The result is a curious quality of heavy-handed whimsy. This is a very German paradox.

Depicting a grizzled hippieish father battling a daughter who has rebelled into conventionality, Toni Erdmann deploys broadly drawn types, pitting the so-called “’68ers” and their values against what might be called the EU generation. Yet Ade gets an extraordinary amount of highly particularized reality from her actors, especially Hüller, who fills Ines with such powerful internal pressures that watching her at times is all but unbearable. Indeed, take away the father’s antics, and what’s left is a feminist study of the microaggressions women suffer in the corporate world, and the emotional price they pay for success.

Ade’s script works almost entirely situationally; we learn little about the family relationship between Ines and Winfried in the past. How did she get this way? What kind of father was Winfried when she was six, or sixteen? Giving Ines some ammunition to lob back at her father might have helped not only sharpen the film’s comedy, but deepen its insights. Winfried is all jokes and hijinks, and serves as a foil, but Ade might have used the polar sensibilities she deploys to peer into father as well as daughter. What is he trying to deflect with his incessant irony? Why does he seek refuge in an alter ego?

At one point Ines lays into Winfried with pent-up vehemence. “Don’t you have anything better to do in your life,” she complains, “than get people to sit on fart cushions?” We think she’s speaking metaphorically—until, in one memorable scene, we see (and hear) Erdmann deploying just such a cushion, as Ines confers with her boss nearby. The scene typifies the curious way Ade conflates metaphor and reality, culminating in a birthday party at which Ines makes an impulsive and drastic decision (I won’t give it away) that involves baring her soul, in a sense, to her colleagues. Some viewers will feel that all plausibility has been sacrificed to complete a metaphorical point. But Ade effectively pushes the override button on that kind of objection. The film insists on being what it wants to be, and prevails through sheer force of comic will.

Toni Erdmann could have been played for light comedy—and there are plenty of gut-shaking laughs—but Ade has more ambitious aims. Her film rambles on for almost three hours, but it doesn’t drag. Straightforward and even obvious in its underlying conception, it is highly unpredictable moment to moment. I admire how Ade lets her film drift between satire, farce, and poignant family drama. And if there is, in the end, something studied, dogmatic and sentimental in its absurdities—a forced quality in how they are mustered to deliver a life lesson—that does not prevent Toni Erdmann from getting to you; from touching a real, raw human nerve.