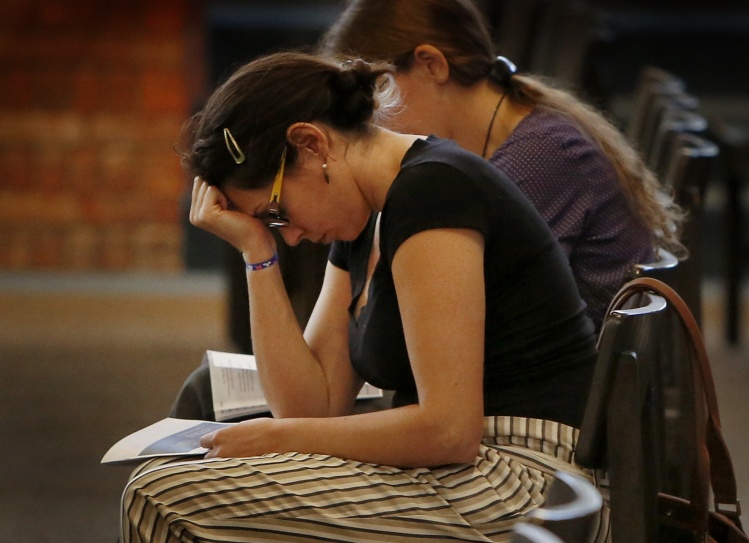 Damon Linker is the erudite and artful senior correspondent for the TheWeek.com. He was an editor at First Things from 2001 to 2005, but left to write The Theocons, a tale of his disillusionment with that magazine’s founder and editor-in-chief Fr. Richard John Neuhaus and his cronies, fellow neoconservatives George Weigel and Michael Novak. Before his stint at First Things, Linker was a speechwriter for New York City Mayor Rudy Giuliani. Like many of the folks who have gathered around First Things—and like many of its editors—Linker was a convert to Catholicism. In a recent column titled “The Unbearable Ugliness of the Catholic Church,” Linker announced his decision to leave the church, which he described as “thoroughly corrupt.” A photograph of Pope Francis wearing what looks like a burial shawl accompanies the article online.

I reviewed The Theocons for the Washington Monthly when it was published in 2006. I found Linker’s claim that Neuhaus, Weigel, and Novak wanted to impose a theocracy on the United States to be greatly exaggerated. Nor did I think, as Linker appeared to, that it is best to keep religion and politics strictly separated. I did agree that First Things often had a malign influence, especially in its grandiloquent support for the 2003 invasion of Iraq, its near silence on the question of torture, its criticism of those investigating the sexual abuse of children by priests, and its obsession with culture-war issues such as abortion and same-sex marriage. Linker was also right that Neuhaus and company were intent on having the church cleave as closely as possible to the Republican Party. (It is not surprising that the journal’s current editor-in-chief, R. R. Reno, endorsed Trump at one point.) But I didn’t agree with Linker that a purely secular public square was either a good thing or even a real possibility. That proposition seemed oblivious to history, and to how people think about the relationship between morality and politics.

I later got to know Linker a bit, mostly by email, although he did come to the Commonweal offices once. I also tried to get him to write for Commonweal. He seemed reluctant to do that. I assumed it was because we were too “liberal,” or at least too closely identified with certain stereotypical notions regarding “liberal Catholicism.” But after reading his column about his loss of faith, I suspect he might have been hesitant about Catholicism, period. After his immersion in the politically charged, hot-house world of First Things Catholicism, one could hardly blame him.

There is an implicit challenge in Linker’s essay for anyone who decides not to leave. How can we justify staying?
sharetweet

I understand how someone could leave the church because they were repulsed by the revelations of sexual abuse, and appalled by the hypocrisy of priests and bishops, who claim an authority conferred on them by God but act like buck-passers and company men. In a similar fashion, I understood why some people refused to pay taxes or even left the country to protest the war in Vietnam. What is harder to understand is why this would suddenly hit home for Linker now, sixteen years after the scandal broke wide open in Boston. The Pennsylvania grand-jury report, as horrible as the details are, does not provide any evidence that sexual abuse continues to be epidemic in the church. On the contrary, only two credible accusations were reported after 2002, and both cases were turned over to law enforcement. Perhaps that conclusion will be proven false when we learn the results of grand-jury investigations now underway in other states. But at the moment, the public reaction conflates several distinct issues, and so does Linker. He writes, “But to wade through the toxic sludge of the grand jury report; to follow the story of Theodore McCarrick’s loathsome character and career; to confront the allegations piled up in Viganò’s memo—it is to come face to face with monstrous, grotesque ugliness. It is to see the Catholic Church as a repulsive institution—or at least one permeated by repulsive human beings who reward one another for repulsive acts, all the while deigning to lecture the world about its sin.”

There is monstrous, grotesque ugliness in this litany of offenses, but it is not the same ugliness in each instance. Viganò’s “memo” was a self-serving, homophobic diatribe by an ambitious and now disgruntled prelate, much of it already discredited. It was also an attempt to depose a pope and possibly encourage schism. None of the abusers identified in the grand-jury report is still active in the priesthood. Most of them are dead. Cardinal Wuerl’s actions in sending abusers for psychiatric treatment proved to be a grave mistake, but it was not intended to perpetuate abuse. The undeniably loathsome McCarrick has been sacked by the pope. To what extent his loathsomeness was responsible for his career, and how widely his crimes were “known” by other bishops, remains to be established. Unless victims are willing to make their accusations public, what is “known” of crimes committed in private is not easy to assess. (We are seeing this play out again in the Brett Kavanaugh hearings.) Nor is it true that bishops have not been removed for breaking their vows of celibacy. Several were in the 1990s. The reports by the John Jay College of Criminal Justice issued in 2004 and 2011, which are the most comprehensive independent analyses of the church’s failures, concluded that in the half century after 1950 between 4 and 5 percent of priests were sexual abusers. At the time, bishops were no better at dealing with these predators than headmasters or Scout leaders, although there is good evidence that major improvements occurred during the 1990s, and that the 2002 Dallas Charter for the Protection of Children and Young People was a turning point. It mandated extensive preventative measures as well as the removal from all priestly activity of anyone found to have abused minors in the past. That was the right thing to do. It would be nice if not a single case of abuse had occurred since then. Of course that is not the case, but regular audits show that there are now just a tiny number of instances.

Those facts are no consolation for the thousands of people who were abused, but neither do they support Linker’s conclusion that the institution as a whole is repulsive and filled with repulsive people. By Linker’s reasoning, the list of repulsive institutions would include the Boy Scouts, USA Gymnastics, elite prep schools, Evangelical Protestantism, Orthodox Judaism, and on and on. I am not trying to excuse what happened in the church. There is no excuse for it. Nor am I opposed to further investigations by secular authorities. But this plague is not unique to Catholicism, although there is no denying that the church’s claims for its own moral authority make the public’s outrage understandable.

Like many converts, Linker seems to have a tendency to mistake flawed people and fallible institutions for a reified ideal, whether that is Rudy Giuliani, Richard John Neuhaus, or the Catholic Church. In my mid-twenties, I was getting reacquainted with Catholicism. One day I was waxing poetical about the church in the presence of my maternal grandfather, who had been educated by the Jesuits at Boston College High School and Boston College. I don’t remember his exact words, but his skeptical tone has stayed with me. He was a worldly man, but he had been raised in a thick Irish Catholic culture and was scrupulous about Sunday Mass and observing other “markers” of Catholicism. He warned me in a vague but unmistakable way about the clergy and the church. He said in effect, “They’re not as bad as some people claim, but they aren’t as good as they want you to think.” In other words, although we owe a certain loyalty to the church, what priests and bishops say should get the same scrutiny we give to the pronouncements of others in positions of authority. Skepticism is warranted.

Linker predicts that this latest “tsunami of scandal” will propel many more Catholics out the church door. Probably he’s right. It would be good, however, if we uncovered the facts before we pronounce judgment. There is also an implicit challenge in Linker’s essay for anyone who decides not to leave. How can we justify staying? I think the answer is similar to the one you might give when asked to justify allegiance to the United States of America, a nation founded as a slave state and established by the virtual annihilation of its native population, a country that killed several million Vietnamese in an unprovoked and unjust war and now threatens the peace of the entire world by putting nuclear weapons in the hands of a clearly repulsive and disturbed individual. You remain because, despite the nation’s manifold sins, you still want to believe in the truth of the propositions put forth in the Declaration of Independence, the Constitution, and the Gettysburg Address. You stay in the church, despite its sins, because you long for what it proposes about the nature and destiny of human life to be true as well.