The Threat of Peace 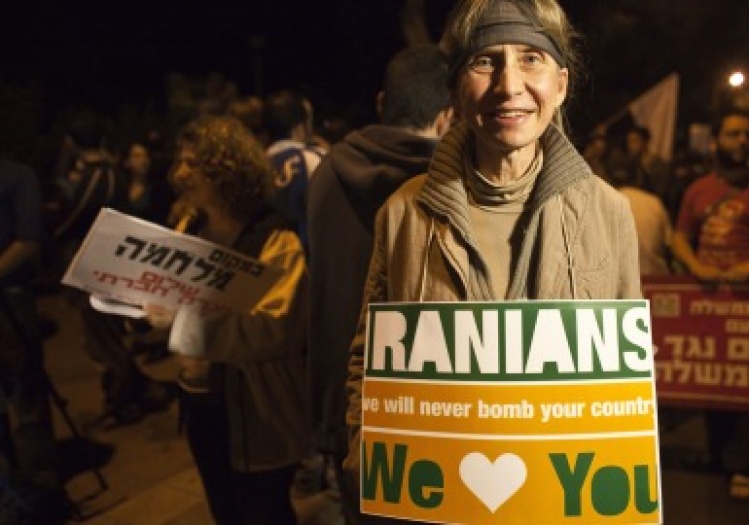 Negotiations resume this week between Iran and the West over lifting economic sanctions in return for verifiable measures on the part of the Iranian government to limit or dismantle its uranium enrichment program. The sanctions, which have prevented Iran from selling much of its oil, frozen its foreign assets, and limited its access to the international financial system, have devastated the country’s economy. Some critics of the sanctions policy orchestrated by the Obama administration, such as Israel Prime Minister Benjamin Netanyahu, insisted it would never work. Yet it now appears that the mullahs are desperate to seek relief, and the recently elected Iranian president, Hassan Rouhani, has pledged to resolve the nuclear issue within six months. He seems to have the backing, at least for the moment, of supreme leader Ayatollah Ali Khamenei. How long Khamenei and hardliners in the Revolutionary Guards will continue to support Rouhani’s overtures is anyone’s guess, but this opportunity to roll back Iran’s nuclear program while forestalling the possibility of war should not be forfeited because of the belligerent posturing of Netanyahu and hawks on Capitol Hill. After the Iraq fiasco, the United States has an obligation to exhaust every diplomatic avenue before using force.

Iran insists that its nuclear industry is intended only for peaceful purposes. But it would be irresponsible to take Iranian promises at face value. Iran remains a brutally repressive regime, as well as a source of much of the violent turmoil in the region; the threat it poses both to Israel and to its Sunni Arab neighbors should not be minimized. Still, almost by definition, most efforts to avoid war involve dealing with dangerous and untrustworthy foes. Consequently, confidence-building steps are necessary. Led by Secretary of State John Kerry, the international community has proposed an interim agreement to test the regime’s real intentions. The deal would involve a temporary lifting of some sanctions in return for the suspension of Iran’s high-grade enrichment program for a six-month period, something the Iranians have already taken steps toward doing. Assuming the interim deal proves stable, a more permanent agreement would open all of Iran’s nuclear facilities to rigorous inspection and force the regime to render harmless its stockpile of highly enriched uranium. The goal is to prevent Iran from developing a uranium or plutonium enrichment capacity that would allow it to quickly construct a nuclear weapon at some point in the future.

An interim deal was nearly completed earlier this month but fell apart when France objected to certain aspects of the proposal, especially the Iranians’ insistence that construction continue on a heavy-water nuclear reactor. Should that facility come online, it would indeed make it easier for the Iranians to make a “sprint” to a nuclear weapon. Prime Minister Netanyahu has also been a vociferous opponent of any interim deal, claiming that if sanctions are lifted even temporarily it will be impossible to re-impose them. Netanyahu and some in Congress want the sanctions tightened further, arguing that only the harshest pressure can force the Iranians to make meaningful concessions. Given his previous objections to the administration’s Iran policy, Netanyahu’s new-found faith in sanctions is curious, to say the least. Saudi Arabia and other Gulf States are opposed to any deal at all, fearing the United States is extracting itself from the Gulf region and leaving them alone to confront the Iranian threat.

Diplomacy rarely succeeds unless each party offers the other a way to save face with hardliners at home. In that light, the sort of interim agreement Secretary Kerry is proposing seems worth the limited risks involved. France’s concerns should be addressed, but should not derail efforts at confidence-building. Should negotiations fail and Iran resume its high-grade enrichment programs, military confrontation of some kind is almost inevitable. A war between Iran and either the United States or Israel would plunge an already tumultuous region into even greater chaos, while wreaking havoc with an international economic system still dependent on Middle East oil. Sanctions, followed by tough but realistic negotiations, remain the best option. Saber-rattling on the part of neocons in the United States or militarists in Israel only feeds mutual suspicion and heightens tension. For both moral and strategic reasons, bombing Iran is the worst possible option. Nearly every military assessment has concluded that an attack will strengthen the regime’s resolve while setting back its nuclear program only a few years. Those who have long opposed the administration’s sanctions policy should not now be given veto power over diplomatic efforts that the sanctions made possible. Congress must not throw up frivolous last-minute obstacles to either an interim or long-term agreement. The American people do not want to fight another war in the Middle East, and they will hold accountable politicians who avoid the hard decisions peacemaking requires.