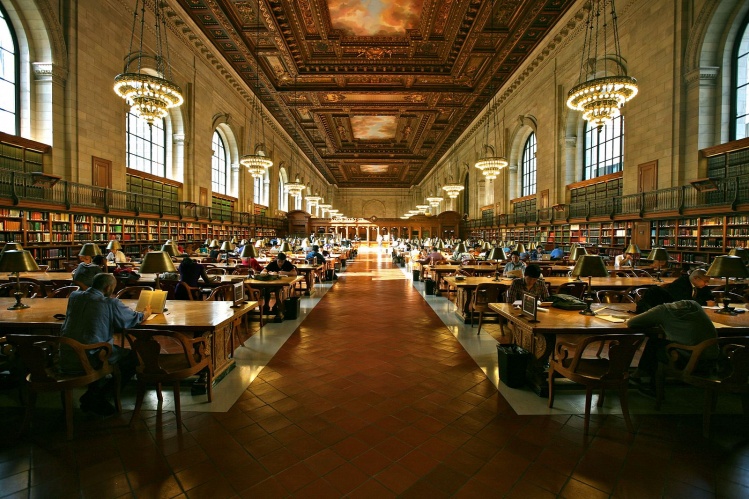 “Wow, you studied history?” I braced myself for what he (it’s usually a he) was going to say next. “So you know when General Patton’s birthday is?”

“What about the name of Robert E. Lee’s horse?”

I actually did know that. “Traveller, but I don’t really study...”

“How many people died in the Battle of Gettysburg?”

You get the idea: a lot of people fancy themselves history buffs. They obsess over names, dates, battles, and numbers, and they love spouting them off at top speed. (And after consuming one too many History Channel specials, anyone would think the American Civil War was the most important event in human history.) I can’t blame my interlocutor too much. This way of “learning” history—absorbing and being tested on discrete, disconnected facts from a textbook—is what we’re taught in school. If you memorize enough facts, you’re an expert.

This is what Sam Wineburg calls “history as Trivial Pursuit”—accumulated minutiae passed off as true knowledge. Wineburg’s new book, Why Learn History (When It’s Already on Your Phone), explores the way we teach history to students and the dismal consequences for political and social life in the internet era. Wineburg argues that without learning in school how to evaluate evidence, consider implications, and craft a narrative based on research and debate, we are susceptible to falsehoods, especially now that “fake news” thrives online. And if we can’t sort fact from fiction, we fall prey to whatever narrative is the most popular or the most comfortable—and lose our critical faculties as democratic citizens.

Wineburg begins with a familiar question: When anyone with an internet connection can post rants on social media, build a website, manipulate images, and distribute a podcast, how do we know what to believe? Compared with the time when “libraries and archives represented quiet stability” and researching meant poring over card catalogs and scouring indexes, the internet has both overloaded us with information and “obliterated authority.” Wineburg writes, “In our Google-drenched society, the most critical question we face is not how to find information. Our browser does a great job. We’re bombarded by stuff…. Digital snake oil salesmen compete with reliable sources for our allegiance. Can we tell the difference?” The answer—for students as well as adults—is no.

If we can’t ask the right questions, discern truth, and craft a coherent narrative, we have no basis for a common politics.
sharetweet

What’s to blame? Wineburg points a finger at textbooks: unambiguous, all-knowing, and often obscure, with minimal evidence demonstrating how authors arrive at their conclusions. They are intentionally crafted to present a narrative and not to bother students with how they arrived at it. This narrative might be partisan or ideologically driven—Wineburg devotes some time to discussing the disproportionate influence of lobbyists and antiquarians on determining what kids learn—but more often, it’s whatever “standard” that lawmakers, historians, and authors happen to arrive at. Wineburg tells of a time he asked students where the textbook got its information. “Children find the question puzzling,” he writes. “The book knows what happened because, well, duh, it’s a history book.” Students, he observes, are kept in the dark about how historians ask questions, debate, and learn. “Teaching students to separate fact from fiction by reading textbook narratives purged of ambiguity is akin to preparing a swimmer who’s never ventured outside a wading pool to navigate the torrents of a raging sea,” Wineburg writes, using a memorable image. So what’s to be done?

First is to stop expecting students to remember so many particulars, and instead make sure they know broad outlines, trends, and context. Wineburg writes, “We should admit that we cannot insist that every student know when World War II began, or who our allies were, while at the same time administering tests about minutiae like the Battles of Saratoga and Oriskany. (That’s why we have a smartphone, anyway.)” What you can’t learn from your phone is the actual practice of history, the insight to connect discrete pieces of information into a coherent, and revisable, story.

In one of the book’s best chapters, Wineburg discusses his own attempt to teach students this historical thinking. With a grant from the National Science Foundation, Wineburg and a team of researchers taught a sixth-grade class where, on the first day, students entered the room to find a box labeled “Archive Bin” containing scraps of primary sources. The movie Pocahontas had just been released, and Wineburg and his team presented them with a question: How true is the movie to real-life events? In their bins, they found excerpts from sources: news stories from the seventeenth-century London Gazette, biographies of Pocahontas, modern historians’ analyses, and John Smith’s own account. The instructors took the back seat; students had to read the sources, discuss and make arguments among themselves, and present findings to the teachers. In other words: they became historians. Wineburg reflects, “Traditionalists fear that lacking a fixed story, children will be left with a hodgepodge of shards that form no useful purpose. Our classrooms proved the opposite. By assuming responsibility for making knowledge rather than serving as receptacles of others’ conclusions, students took charge of their own learning.” Insisting that students get the “facts” down before they can “think critically” about them guarantees that they won’t do the latter. As much as knowing what happened in the past is important, the method of inquiry itself is the lesson.

It is this method, Wineburg claims, that will help us sort through bad information, slanted stories, and outright lies on the internet. The way we’ve been taught to read, research, and ask questions is no longer enough; all of us, and especially students, need an education in how to navigate the cascade of information that we receive every time we pick up our phones. “What once fell on the shoulders of editors, publishers, librarians, and subject matter experts now falls on the shoulders of each and every one of us,” he writes. And we will surely fail at this, Wineburg insists, if we continue teaching history the way we do: as a parade of names and dates, free of evidence, that doesn’t require students to support ideas and investigate the claims of others. He writes, “Fed the gruel of documentation-less textbooks, students come to see history as a story without evidence. Don’t like this particular story? Doesn’t sit well with your politics? Don’t worry. Custom order one online more to your own liking.”

Wineburg’s work is vital, but not without its shortcomings. The book itself is less a coherent monograph and more a series of essays. The topics of the mostly self-contained chapters vary widely: the fundamentally “traditional pose” that Howard Zinn’s A People’s History of the United States takes toward history; the poorly conceived education program Teaching American History that wasted a billion dollars in the 2000s; and one psychologist’s faulty pedagogy that shapes classrooms around the world. Each chapter is interesting, but little connection is made between the issues.

More fundamentally, Wineburg’s assessment of the changing nature of research betrays some questionable assumptions. Early in the book, he praises the “quiet stability” of decades past when reputable news sources, libraries, professors, and universities controlled what information made it into the public discourse. He contrasts this to today, when “what determines whether you go viral is not the blessing from some academic egghead, but from the digital mob.” But in so doing, he overestimates the ability of the previous regime to give good information and underestimates the ability of the new one. The old gatekeepers of information, mostly privileged Euro-American men, consciously and unconsciously propagated their own narratives and priorities to the detriment of people on the outside. But Facebook, Twitter, and similar applications have made it possible for private citizens to document and spread information that traditional gatekeepers either choose not to or are prevented from doing, especially in countries where the state controls the media and censorship is common. There’s a lot to be said for bypassing the eggheads.

In other words, Wineburg misleads us by suggesting that our options are either the “quiet stability” of the gatekeepers or the anarchy of the “digital mob.” Ultimately, Wineburg knows this—after all, he believes it’s possible for us to learn how to be responsible researchers on the internet. “If you want to teach students the difference between reliable information and tabloid gossip,” he writes, “you can’t confiscate their phones. You have to use their phones to show them what their phones can’t do.” So why learn history when it’s already on your phone? Our civic life is at stake: if we can’t ask the right questions, discern truth, and craft a coherent narrative, we have no basis for a common politics.

Why Learn History
(When It’s Already on Your Phone)
Sam Wineburg
The University of Chicago Press, $20, 250 pp.