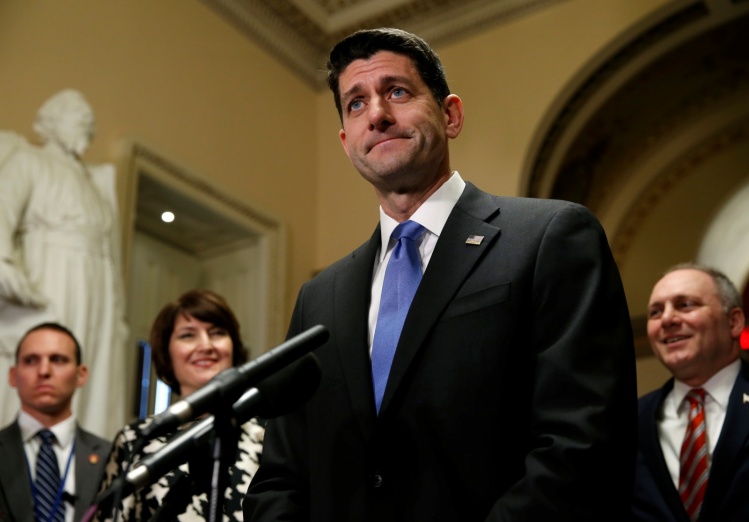 And now for the question of the hour: What’s in it for me?

The answer is that if the Tax Cuts and Jobs Act of 2017 had been in effect last year, my wife and I would have saved more than a thousand dollars in federal income taxes, according to MarketWatch’s tax calculator.

That is what’s in it for me, and that’s where the political debate is as Congress sends its completed tax bill to President Donald Trump. Congressional Republicans are counting on the relatively small boost in after-tax income that most middle-class people would get in 2018 to overcome what polls show the public already knows: the bill shifts the tax burden downward, to the benefit of the GOP’s wealthiest donors.

The GOP pitch is not “America First,” because if it were, there would be glimmering talk of sacrifice for the national good. No: It’s “Me First.” And beyond the “what’s-in-it-for-me” talking points we are hearing—Democrats exaggerate also, in their case by overstating the proportion of middle-class people who’d pay more in taxes—there are some ominous provisions in the tax bill that will undermine what Republicans used to call the “safety net.”

The tax cut will not only limit government’s ability to help those in need, but also hamper the vital work that nonprofits do. It’s a one-two punch to the common good.

With fewer people itemizing their taxes, the National Council of Nonprofits forecasts an annual loss of $13 billion a year in charitable donations. Another $4 billion a year would be lost by doubling the estate-tax exemption to about $11 million for individuals and $22 million for couples. That’s because the change would hamper efforts to woo major donors through estate planning. The council expects that these losses would eliminate 220,000 to 264,000 nonprofit jobs.

According to Tim Delaney, president of the National Council of Nonprofits, Congress’s message to charities is “We don’t care—you’re on your own.”

This comes at a time when nonprofits will be needed to take up the slack resulting from the next step of Republican tax reform: spending cuts in health services and other areas. Cuts to the Medicaid program will undermine hospitals that serve the poor. Further destabilizing the healthcare system, the 2019 elimination of the tax penalty for not buying health insurance will lead to higher premiums, according to the American Academy of Actuaries.

“The bill will increase demands for nonprofit services by blowing a deeper hole in the federal deficit, which then will be used to ‘justify’ spending cuts to programs on which the public depends,” Delaney said in a statement. “Simultaneously, it will block resources nonprofits need to address existing and growing demands for services.”

The U.S. Conference of Catholic Bishops had urged Congressional leaders to consider the damage their legislation will cause to nonprofits. Bishop Frank Dewane of Venice, Florida, chairman of the bishops’ Committee on Domestic Justice and Human Development, called on Congress to adopt a charitable deduction that would encourage people at all income levels to donate. It didn’t.

In a statement issued December 20 after the bill’s passage, Dewane pressed Trump to remedy ”problematic provisions that will have dramatic negative consequences, particularly for those most in need.” He added:

The final bill creates a large deficit that, as early as next year, will be used as a basis to cut programs that help the poor and vulnerable toward stability. The legislation is also likely to produce up to a $13 billion drop in annual charitable giving to nonprofits that are relied upon to help those struggling on the margins. This will also significantly diminish the role of civil society in promoting the common good.

Republicans in Congress contend that since people will have more money, they’ll donate more. As with healthcare—virtually every facet of the industry appealed to Congress not to drop the mandate to buy insurance coverage—the politicians claim to know more than the professionals. It’s obvious that experts on charitable fund-raising believe the pitch “make your tax-deductible contribution” has a special appeal, especially now at year-end, when it’s omnipresent. About 30 percent of taxpayers itemize their deductions, a figure expected to drop to around 10 percent or possibly less under the new tax measure, which increases the standard deduction.  For 2015, taxpayers deducted a total of $222 billion in charitable donations, according to the Pew Charitable Trusts.

In the past, Republican presidents who wanted to shrink government and cut taxes looked to a healthy nonprofit sector to help fill in gaps in vital services. Ronald Reagan spoke of preserving the “social safety net” to protect the “truly needy.” George H. W. Bush took office aiming for community organizations to provide an alternative to “public money alone.” In his inaugural address, he spoke of working closely with the “thousand points of light,” saying, “The old ideas are new again because they are not old, they are timeless: duty, sacrifice, commitment, and a patriotism that finds its expression in taking part and pitching in.” George W. Bush offered his philosophy of “compassionate conservatism” and sought to engage the nonprofit sector, “rallying the armies of compassion.”

There has always been a debate about how much of that was real and how much was empty rhetoric, but at least it was considered good politics to speak about such matters. Now, in a rush to seek political safety through tax cuts, Republican leaders are willing to trample on charities in broad daylight.

And willing to call the resulting legislation, as Trump put it, “a big beautiful Christmas present.”