Talk in Your Town 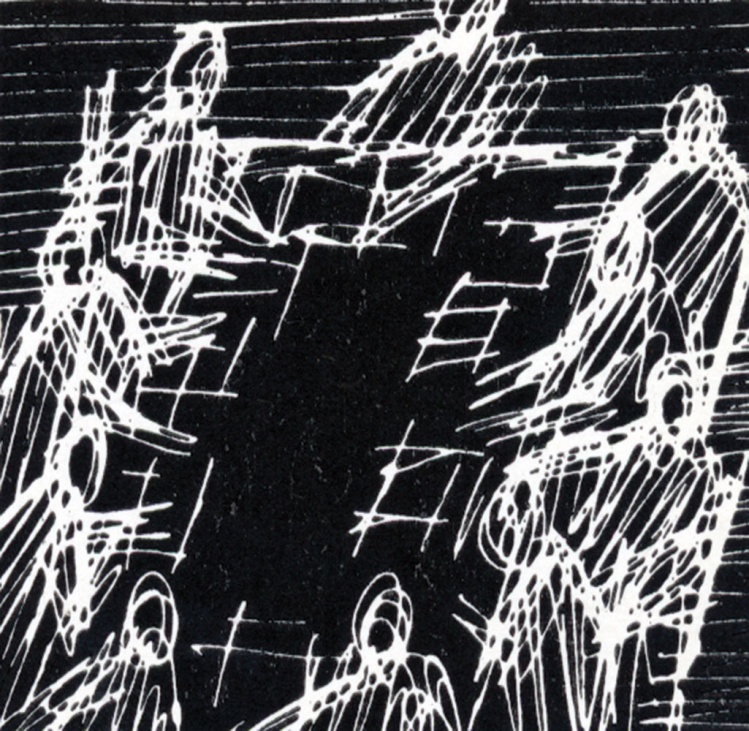 Everybody loves a good conversation. There’s something about the language of conversation that’s different from the language used in emails, texts, on the phone, or in business settings. In face-to-face conversations, one tends to dispense with superficial labels. Ideally, one does a lot of listening. Everybody is on equal footing, especially when the conversation takes place around a table (preferably with food and drink); everybody watches one another’s expressions. No one stares at a device. People make mistakes in such conversations, beginning a sentence a couple of times, or pausing to think something through. Conversation can be messy. That’s part of its charm.

In May 2015, I received an invitation to just such a conversation. The invitation was sent to all Commonweal subscribers in Manhattan. While Commonweal was the source of the list, it was Mary and Roger Mulvihill who offered their apartment and hospitality for the gathering. About thirty-five people responded to the invitation to talk about participating in an ongoing conversation, specifically about world events and other issues.

At that first gathering, most of us were surprised to learn that the magazine was nearing its hundredth anniversary. The Mulvihills gave us a few facts about Commonweal and then laid out the purpose of a new program, “Commonweal Local Communities.” The goal is to provide a forum to simply talk about issues that most of us were already talking about anyway. Only in this venue, we’d be taking into account some perspectives offered in the magazine or on Commonweal’s website. Would we be interested in gathering once a month and using Commonweal articles to light the fuse for conversation? Looking around, several people were nodding their heads in interest. I still wasn’t sure. Did I want one more thing to do?

But the more I thought about joining a Commonweal community group, the more intrigued I became by the idea of discussions about major issues informed by the magazine’s well-written articles. The idea particularly appealed to me because I knew no one in the group at that opening meeting, but I felt a kind of camaraderie anyway because of our connection to the magazine.

We soon discovered that structure, organization, and relatively short articles were the keys to sustaining a successful conversation group.
sharetweet

When our Manhattan group started in fall 2015, we all came armed with books and articles we thought would be good to talk about. As it turned out, we landed on a book that someone said would provoke a good discussion, Paul F. Knitter’s Without Buddha I Could Not Be a Christian. After a few monthly meetings, we found that we enjoyed talking, and eating and drinking, together. But for whatever reason, Knitter’s book didn’t keep the conversation going. By June, we concluded that we would have more to talk about if we used a selection of Commonweal articles rather than books chosen at random. Mary Mulvihill took our request back to Commonweal’s editors, and by fall 2016 we received a packet of Commonweal articles as well as discussion questions provided by the editors. We soon discovered that structure, organization, and relatively short articles were the keys to sustaining a successful conversation group.

As we started our third year together this past September, I had occasion to look back at Commonweal’s history. The magazine was founded by a group called the Calvert Associates, who also gathered to discuss the issues of the day. Looking back at the magazine’s archived articles, it seemed that Commonweal editors have been deeply involved in the issues that matter from the very beginning. Commonweal Local Communities may be a good way to pick up the Calvert baton and pass it on to others.

I’ve found that while the selection of articles focuses the group’s attention, each meeting takes on a life of its own. The conversations are casual but informed, and happily it is not unusual for participants to also go home with a good dessert recipe. There is always a variety of views. There is a lot of space for disagreement, learning, and humor. Between meetings, we often communicate by email. Someone will write about her experience with the homeless, someone else about a meeting on the environment, another about teaching terminally ill people how to draw. At the end of each meeting, I usually come away with the expectation that the next meeting will be entirely fresh—with new thoughts, new conviviality. Being in regular conversation with other Commonweal readers has been rewarding and fun. Why not start a group in your city?

Ann Redpath spent most of her career as a curriculum developer, and is now writing coach at the Bronx Community College Department of Education.