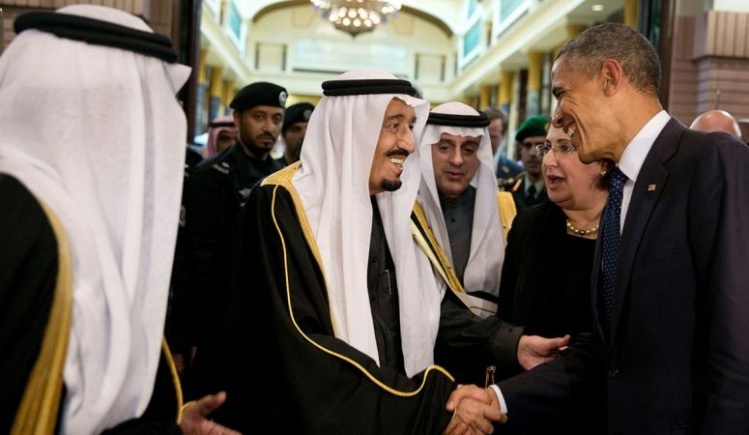 Last month President Barack Obama vetoed the Justice Against Sponsors of Terrorism Act (JASTA), a bill allowing the families of 9/11 victims to sue Saudi Arabia for any role it played in the terrorist plot. The next day overwhelming majorities in both houses of Congress voted—for the first time in Obama’s presidency—to override his veto. It was a bold and bipartisan act of defiance: in the Senate, only one Democrat, Harry Reid (D-Nev.), voted to sustain the president’s veto.

Almost immediately, however, leaders of Congress began to backtrack, expressing serious reservations about the law they had just passed. Senate Majority Leader Mitch McConnell (R-Ky.) worried that it might have “unintended ramifications”: “Nobody had really focused on the potential downside in terms of our international relationships,” he said. Well, not nobody. President Obama, various diplomats, the European Union, and national-security agencies had all warned that JASTA would be a mistake. Still, McConnell had the nerve to suggest that the president himself was partly to blame because he had “failed to communicate” his misgivings early enough. Meanwhile, House Speaker Paul Ryan (R-Wis.) admitted that the law might have to be fixed “so that our service members do not have legal problems overseas.” He did not offer to explain why Congress had not fixed the bill before passing it. In fact, the real problem was not that President Obama had waited too long to make his case against JASTA, but that lawmakers had rushed through a shoddy piece of legislation simply because it was good politics. Who wants to say no to 9/11 families?

The problems with JASTA are twofold. First, by expanding the exception to sovereign immunity, it complicates Washington’s relationships with foreign governments and sets what President Obama has called “a dangerous precedent,” inviting other countries to adopt laws that could expose U.S. officials and service members to lawsuits abroad. Second, while most of the 9/11 hijackers were Saudis, an independent commission found no evidence linking the Saudi government to the attacks. The victims’ families may now get their day in court, but they’re very unlikely to get any money from Riyadh.

Just one week before Congress embarrassed itself with this ill-considered stunt, the Senate gave up a perfect opportunity to hold Saudi Arabia responsible for atrocities it has committed. The United Nations reports that more than 2,200 noncombatants have been killed in Saudi-led airstrikes against Houthi militias in Yemen. A survey conducted by the Yemen Data Project estimates that more than a third of all Saudi airstrikes have hit civilian sites, including schools, mosques, and hospitals. According to the survey, a single school in Dhubab has been hit nine times. In August, the Saudis bombed a bridge used by the UN to deliver humanitarian aid to Sana’a, Yemen’s capital, even though the bridge appeared on a no-strike list the U.S. Defense Department had sent the Saudi military.

So far, there have been no serious consequences for these indiscriminate airstrikes; indeed, U.S. tankers continue to refuel Saudi bombers regardless of their targets. Eager to soothe the Saudis’ anger at the Iran nuclear deal, President Obama has quietly offered them unconditional support for their war against the Iran-backed Houthis, which they are waging with American-made weapons. During Obama’s eight years as president, the United States has sold Saudi Arabia $110 billion worth of arms.

Congress could put a stop to this, and yet most of the senators who voted on September 28 to override the president’s veto of JASTA had voted on September 20 to clear a $1.15 billion sale of new military equipment to Saudi Arabia. One week the Saudis were our trusted allies, fully deserving of U.S. aid no matter what they were accused of doing in Yemen. The next, they were presumed to be responsible for the worst terrorist attack in U.S. history. This rank hypocrisy on the part of Congress ought to have made headlines. Instead, it went mostly unnoticed.

The war in Yemen has itself gone mostly unnoticed in this country, while politicians and the media focus instead on the civil war in Syria. It is not obvious what the United States could do—short of declaring war—to stop the killing of noncombatants in Syria, but it could end state violence against innocent civilians in Yemen simply by withdrawing its support for Saudi Arabia’s involvement there. Washington should do so without delay. Unwise as it is to offend an old ally in defense of a conspiracy theory, no alliance, however old or important, justifies complicity in war crimes.