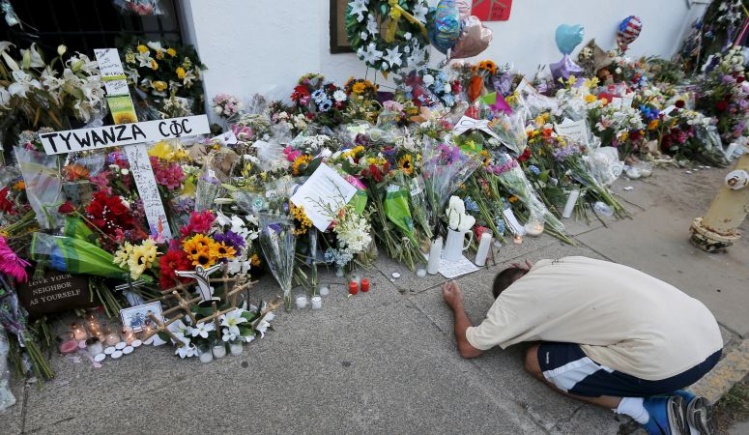 On May 24, United States Attorney General Loretta Lynch announced that the Justice Department would seek the death penalty against Dylann Roof, who shot and killed nine African Americans and wounded another at Emanuel African Methodist Episcopal Church in Charleston, South Carolina. “The nature of the alleged crime and the resulting harm compelled this decision,” Lynch argued, citing the racial hatred behind the killings, the targeting of a church Bible study to “magnify the societal impact” of the attacks, and Roof’s lack of remorse as factors in the government’s deliberations. Roof faces murder charges in state court as well, and the local prosecutor is also pursuing the death penalty.

No mitigating factors appear to be at work in this case: the crimes are heinous, and Roof’s guilt is undisputed. As details emerged after his arrest, it was learned that Roof had a website that trafficked in white supremacist ideas and symbols, and haunting photos surfaced that included one of Roof holding a handgun and Confederate flag as he icily stares at the camera. He also published a twenty-five-hundred-word manifesto on his website outlining how he came to be a white supremacist and why he chose Charleston for his murderous rampage. The depraved motivations for the killings are as clear as the basic facts of the case.

All this could make it seem as if the trial and eventual sentencing of Roof would be a bad moment to reassert objections to the death penalty. Roof’s crime is precisely the kind likely to be held up by defenders of capital punishment to justify its continued use. But just the opposite conclusion should be drawn. Most death-penalty cases aren’t nearly as unambiguous as Roof’s: guilt and innocence are often harder to discern, and such judgments always take place in a flawed, racially biased criminal-justice system. The Charleston shootings are the exception that proves the rule. The stark clarity of Roof’s case should actually serve to underscore all the reasons to hope and work for an end to the death penalty.

The death penalty should be opposed first of all because of our fallible criminal-justice system. Because there is the possibility of getting a verdict wrong, the state should never impose an irrevocable punishment. The risk of executing an innocent person should weigh heavily against whatever arguments are made for capital punishment. This is not just a theoretical worry: from 1973 to 1999, there was an average of three death-row reversals a year. From 2000 to 2011, the average was five per year. According to the Death Penalty Information Center, that amounts to more than 150 inmates sentenced to death who ended up being exonerated. Organizations like the Innocence Project continue to work to overturn wrongful convictions, helping free what they call a “staggering number of innocent people.”

A crime such as Roof’s, undertaken in the name of white supremacy, should also be a reminder of the deep-seated racial injustices that still mark the United States, not least in the application of the death penalty. Since 1976, people of color have accounted for 43 percent of executions and make up 55 percent of those now on death row—numbers far disproportionate to their share of the general population. Numerous state-level studies have confirmed this bias. A 2015 study of Washington state jurors, for example, found they were four and a half times more likely to recommend the death penalty for a black defendant than for a white one charged with similar crimes. Racial bias also affects the way juries are selected. The evidence on all these matters is overwhelming.

It is difficult, perhaps impossible, to imagine how these grave problems with administering the death penalty could be eliminated. There is no way to guarantee that executions would be resorted to only in the most clear-cut cases, such as Roof’s: if the option to execute dangerous criminals is available, the pressure to use it will follow. Taking our bearings from the most heinous and hateful of murders is a profound mistake.

The deepest argument against the death penalty, however, remains a moral one: every human life possesses dignity, and the taking of life is always an affront to that dignity. Executing a murderer does not bring back his victims and it perpetuates the violence that has plagued American society for too long. If there are alternatives available—and in the contemporary United States, there certainly are—they should be used. Perhaps the extraordinary example of the families of Roof’s victims should guide us here. As President Obama put it in his remarks just days after the shooting, “in the midst of unspeakable grief” these families responded “with words of forgiveness.” Of course, the grace of individual Christians is no substitute for the work of our criminal-justice system. But if the state should not confuse justice with mercy, neither should it confuse justice with vengeance. The response of the victims’ families has pointed us toward a better way.