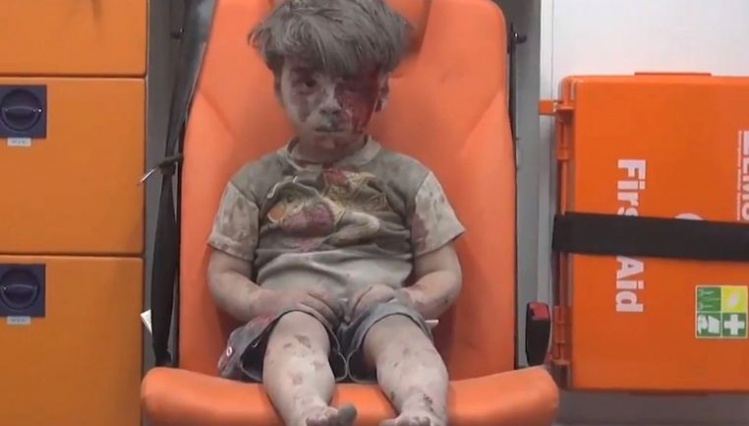 Just a year ago on September 2, the body of Aylan Kurdi washed up on a beach in Turkey. With his family—mother, father, and brother—the three-year-old had left shore in an overloaded boat that capsized in the Aegean. A photograph of a Turkish policeman lifting the tiny body from the sand became iconic. Its simple pathos shook the world’s indifference and galvanized political attention to the dangers faced by Syrian refugees leaving Turkey for Europe. In March 2016, after extended negotiation, the European Union and Turkey agreed to create a safe path for Syrian asylum seekers.

Now the agreement, reached with mixed purposes, is stuck between good intentions and feeble execution. Initially it staunched the flow of migrants from Turkey. But the EU’s protracted implementation, followed by the attempted coup in Turkey and President Erdogan’s accusations about foreign involvement in the coup threatens the development of a legal process. The agreement’s collapse could not come at a worse time.

As if on cue, another iconic photo appeared in August; this one of a small boy, Omran Daqneesh, wounded in the siege of Aleppo. Aleppo, Syria’s largest city, is divided between government and opposition forces. An air attack by Russia and the Assad government hit Omran’s house. Yet, it could have been a child in the government sector hit by bombardment from opposition forces. This shadowy coalition of “moderates,” jihadis, and allies of al-Qaeda shows no more constraint than the government; it just doesn’t have airplanes. The siege can only increase the flow of Syrians to Turkey, which already houses almost 3 million, and threatens to revive the perilous Aegean journey.

And yet, there are calls for more—more fighters, more weapons, more interventions. Political candidates and pundits in the United States promote no-fly zones, safe havens, etc., but overlook the difficulty of implementing such efforts—American forces on the ground and in the air. These and other imagined remedies are a false promise of security for Syrian civilians besieged by both the government and the motley collection of opposition forces.

Syria’s civil war has become a proxy war in which the United States and Russia play a game of cat and mouse. At this late date, Secretary of State John Kerry and Russian Foreign Minister Sergei Lavrov know the conditions needed for lowering the level of violence. Anti-Assad proponents, including President Obama and Hillary Clinton, should accept a deal whereby Assad would not leave office immediately, while Russia should require that he leave by a date specified. The United States, Turkey, Saudi Arabia, and the Gulf Nations should stop facilitating, funding, and arming their favored forces while Russia and Iran should leverage their support of the government into a cease-fire with safety guarantees for Syrian opposition fighters. Everyone else—Tunisians, Chechens, Turkmen, Iranians, Lebanese—should go home. Cajoling the varied allies and imposing a cease-fire means an end to funding, arming, and fighting on behalf of any and all sides.

As Barack Obama prepares to leave office, why not defer the United States’ many disagreements with Vladimir Putin and settle this one. The two leaders should agree to cease-fire conditions in a public setting. Clinton should pledge to uphold and implement them if elected. If the United States and Russia arrive on the same page about a cease-fire and with a potential interim Syrian administration in the wings, the UN could ratify the agreement. The United States and Russia, along with Turkey, could then join in their long-promised effort to remove the ISIS fighters from their dwindling strongholds in Syria.

Syria will remain unsettled and in some places civil war—among Syrians—may linger. The country will appear to be what in a sense it has often been: a confederation of armed camps—Kurds, Alawites, Druze, Christians, Sunnis. Nonetheless, retaining the borders and structures of a sovereign state will reassure Syria’s neighbors and allow its citizens to return home. No doubt this will take a long time and multiple resources, which the erstwhile participants in the proxy war—the United States, Russia, the EU, Iran, Saudi Arabia, and the Gulf states—should generously offer.

The resolution of the war in Syria is not more war. It is no more war. Enough iconic pictures: End the killing and bombing of small boys (and girls) by grown men.

Libya. Why not Syria?