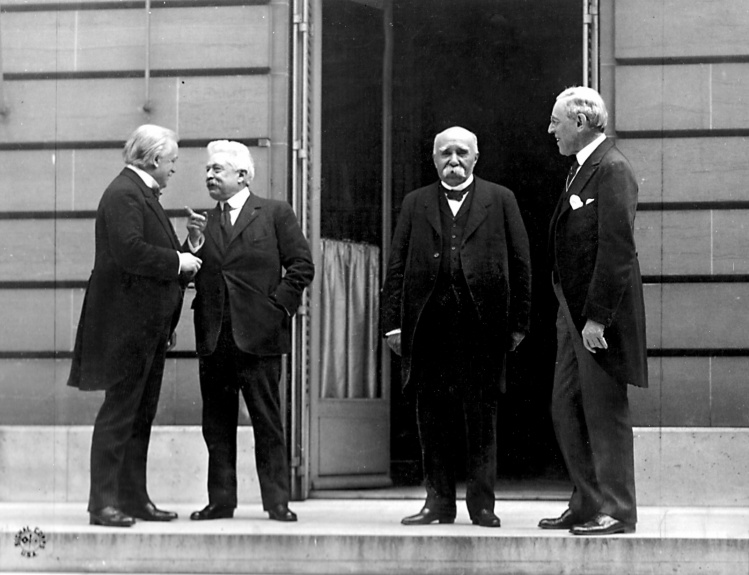 One hundred years ago, in the spring of 1918, the Germans unleashed six-thousand artillery pieces and forty-four divisions of Stormtroopers on the British army in Belgium and France. The battle was General Erich Ludendorff’s desperate grasp for victory—“the last role of the dice,” as one historian calls it. At first, the attack succeeded. But then it didn’t. One consequence was to compel U.S. General John Pershing to finally throw the weight of the newly minted American army into the fight lest the British and French armies collapse. The fresh troops notwithstanding, World War I dragged on until November 11 when Germany signed an armistice.

Though the U.S. army helped to turn the tide and President Woodrow Wilson was a central figure at the 1919 Paris Peace Conference, World War I wasn’t America’s war. It wasn’t to us, as it was to the British and the French, the “Great War.” In the United States, what other countries call Remembrance Day was renamed Veterans Day, a catch-all celebrating veterans of all our wars, which may or may not be observed on the actual date of the armistice, November 11. We’ve moved on.

Over the past two years, our neighborhood World War I reading group has worked its way through several thousand pages of this history, beginning with the run-up to the war. Right now, we are mired in the postwar tangle: the collapse of three empires (Russia, Austria-Hungary, and Ottoman), the promise of self-determination to a variety of ethnic and national groups, the fog of reparations and indebtedness, and U.S. abandonment of the League of Nations with its promise of international security.

In college and graduate school, World War I was only a blip. Now it looms like the seminal event of the twentieth and twenty-first centuries. Not “the war to end war,” as H. G. Wells wrote in 1915, but the seedbed of many wars. Or as a British officer observed of the Paris Peace Conference, “the peace to end peace.”

When the guns fell silent in November 1918, they didn’t fall silent everywhere. Fighting continued in Finland and Hungary, in Central and Eastern Europe, in Russia, and in the Ottoman Empire. Poland fought six wars to establish its borders. Ukraine struggled for independence from Bolshevik Russia. Ataturk battled the Allies to establish Turkey. It is a historical commonplace that Hitler’s rise in Germany grew out of resentment over reparations, occupation of the Rhineland, loss of territory to Poland, and bitterness at the way Germany was treated by the Allies.

In 1945, the victors studiously avoided the mistakes of the Treaty of Versailles, but its detritus lingers
sharetweet

In 1945, the victors studiously avoided the mistakes of the Treaty of Versailles, but its detritus lingers. Promises of self-determination in 1919 were not extended to the far-flung colonies of Britain and France. The partition of India and Pakistan in 1947, a result of delayed hopes, ended in war and continues in the struggle over Kashmir. France’s effort to retain control in Vietnam drew the United States into a futile war in the 1950s. (A young Ho Chi Minh tried to meet with President Wilson in Paris in 1919, hoping the American president would extend the principle of national self-determination to Asia.) The collapse of the Soviet Union in 1989 threw into doubt the 1919 settlements with respect to Ukraine, the Baltic nations, and the Sudetenland, and led the Czechs and Slovaks to dissolve their (unhappy) union. The Balkan Wars of the 1990s unraveled the 1919 creation of Yugoslavia. In 1992, Serbians shelled Sarajevo, where in July 1914 a Serbian nationalist assassinated Archduke Ferdinand of Austria.

Or consider today’s wars in the Middle East. In 1916, the secret Sykes-Picot Agreement between Britain and France divided the Ottoman Empire into modern-day Iraq, Syria, Lebanon, Jordan, and Palestine. The national boundaries drawn by Britain and France, and given international approval at Versailles, had more to do with satisfying Europe’s balance of power than with the ethnic and religious divisions of the Middle East. Those boundaries are at least partly to blame for decades of conflict throughout the region.

So many wars, so much history! We pay too little attention to their causes, their consequences, their persistence—a miasma summed up in the title of one of the books our reading group read: The Sleepwalkers: How Europe Went to War in 1914. Who are the sleepwalkers today? The centenary of World War I is a good time to think about that. 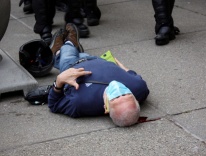