'Shylock Is My Name'

A Touch of Woody Allen
By Alexi Sargeant
Books 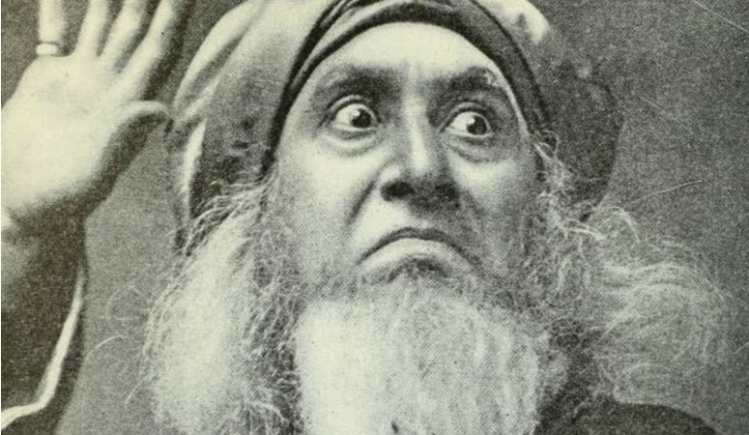 Lorenzo, the young Venetian with whom Shylock’s daughter Jessica elopes in The Merchant of Venice, is given some of the most beautiful lines in all of Shakespeare when he describes the music of the spheres sounding unheard from within human beings: “such harmony is in immortal souls, / But while this muddy vesture of decay / Doth grossly close us in, we cannot hear it.” In Howard Jacobson’s novel Shylock Is My Name, the Lorenzo role belongs to a lunkish, twice-divorced footballer suspended from his team for throwing a Nazi salute on the field. Jacobson’s contemporary England is all decay, no harmony.

Shylock Is My Name is both a retelling of Shakespeare’s The Merchant of Venice and a sequel to it. Jacobson’s characters are modern counterparts to Shakespeare’s, but the novel also carries the original story beyond the bounds of the play—at least, for one character. We meet Shylock himself, still wandering the earth centuries later, mourning his runaway daughter, and evading a forced conversion to Christianity. Shylock’s presence is one of the most fascinating parts of the book, but it does make it mostly a companion piece to the play rather than a novel that can stand on its own.

Jacobson’s counterpart to Shylock, a Jewish art collector named Simon Strulovitch, doesn’t seem very surprised when he runs into the original Shylock in a graveyard: “Of course Shylock is here, among the dead. When hasn’t he been?” Strulovitch is there to visit the grave of his mother; Shylock is there for his wife Leah. Though she is dead and he is (perhaps?) immortal, they keep up a lively conversation in any graveyard or garden Shylock visits. Strulovitch invites Shylock into his home, and the older man settles in with disturbing quickness.

Strulovitch gradually grows into his role as an implacable modern Shylock under the ambivalent tutelage of the original. For his part, Shylock wavers between playing Mephistopheles and trying to dissuade Strulovitch from pursuing vengeance. In the supreme irony of the novel, Shylock even expands on Portia’s famous “quality of mercy” speech. But the other characters in the novel never meet their counterparts from the play, and their resemblance to those counterparts is not always very deep.

There’s a touch of Woody Allen in Strulovitch: an artsy neurotic weirdly obsessed with his own teenage daughter, Beatrice. He has good reason to question her taste in men, but he seems, like many of Shakespeare’s fathers, to want to be her whole world. He’s distracted from her rebellion, however, by the strange new friend he’s made. Strulovitch is constantly observing Shylock, never quite sure if he fears or envies the other Jew. Has Shylock been kept immortal by the world’s obsessive anti-Semitism? Or is it the ambivalent fascination many Jews feel toward the character that keeps him wandering this world, as passages like the following one might suggest?

Strulovitch looked long into his guest’s fierce, melancholy eyes. His own were undistinguished, a pearly, uncertain grey, the color of the North Sea on a blustery day. Shylock’s were deep ponds of pitted umber, like old oil paint that had somehow—not by restoration, more by inadvertent rubbing—regained its sheen. They were dark with that Rembrandtian darkness that holds light. Ironic that when Strulovitch looked into them he felt as though he were in the crypt of a church. We are not the slightest bit alike, he thought, except for in what we feel for our daughters. So what was it Gentiles saw that told them they were both Jews?

Jacobson’s prose is sharp, precise, and peculiar. It’s also liberally seasoned with Shakespearean references. There’s lots of humor in the book, but much of it is implicitly threatening. Shylock and Strulovitch agree: “no joke is kindly meant.” A barrage of circumcision jokes clue us in to the strange course the plot will take.

Strulovitch’s conflict with D’Anton, the counterpart to Shakespeare’s Antonio, grows first from petty slights and subtle expressions of the latter’s genteel, soft-spoken, and always plausibly deniable hatred of Jews. The two first cross paths at a local council meeting, where D’Anton turns the council against Strulovitch’s proposal to convert an historic house into a gallery of British Jewish art, named in honor of his parents. “A Morris and Leah Strulovitch gallery of Jewish art, here?” D’Anton asks, and then suggests that the proposed museum is not “culturally apt” for Yorkshire. “Strulovitch, who didn’t like the way D’Anton pronounced his parents’ names, saw his proposal turn putrid. It hung in the air of the council chamber like a malign presence.” D’Anton is a Wildean aesthete who enjoys using refined mockery to make outsiders aware of their status. He cultivates unrequited loves and requited hatreds in equal measure.

The book riffs on a common interpretation of Merchant—that before Shylock finally demands Antonio’s heart to settle his loan, there is at least a hint that the “pound of flesh” referred to in their contract has to do with circumcision or castration (often conflated by Christians in Shakespeare’s time). In this reading, Shylock jocularly threatens Antonio with a sort of forced conversion (circumcision) before he himself is finally sentenced to a deadly serious one. The conflict between Strulovitch and D’Anton, by contrast, remains entirely below-the-belt. Strulovitch demands that either Beatrice’s boyfriend Gratan or one of Gratan’s friends undergo circumcision. Otherwise Strulovitch will reveal that Gratan’s friends helped set him up with Beatrice while she was still underage. Strulovitch knows all along that D’Anton is the only real candidate to be Gratan’s proxy, so he leaves his enemy with a hard choice: disgrace and prosecution or the bris.

While Shakespeare’s play is about a conflict between Christians and a Jew, Gratan’s friends are merely gentiles, not Christians. Shylock takes note of the change between Shakespeare’s time and ours and muses, “Christians are so anxious to accommodate the modern…. Before long there will be none of them left, the long interregnum will have come to an end and we’ll be back with just pagans and Jews.” But this difference also makes the novel much flatter than the play. Jacobson’s goyim are not interested in questions of heavenly harmony or in an order of mercy that stands above their financial pursuits. Shylock and Strulovitch can have an impassioned discussion about the meaning of kosher laws, but there’s no Lorenzo to invoke the Eucharist in his image of the stars as “patens of bright gold.” In any case, such lyricism would be out of place in the world Jacobson presents, which is unremittingly bleak. Belmont, which functions as a haven in the play, is absent from the novel, where everything is smeared with the same tawdriness.

Shylock complains at one point, “These Jews! They don’t know whether to cry for me, disown me, or explain me.” A fascinating trilemma, but in Shakespeare’s hands the story was full of characters who raise such profound questions. Jacobson shines a spotlight on Shylock and his strained relationship with Jewry, but consigns the other players to the outer darkness.

The book’s prose is well wrought and its plot enjoyably twisty. Although much of its appeal comes from the way it revisits the questions of The Merchant of Venice, even readers unfamiliar with the original play will find Jacobson’s Shylock a scintillating character. But they will likely be disappointed to discover that all the other characters are little more than the two-dimensional placeholders of a farce.

Alexi Sargeant is an assistant editor at First Things.