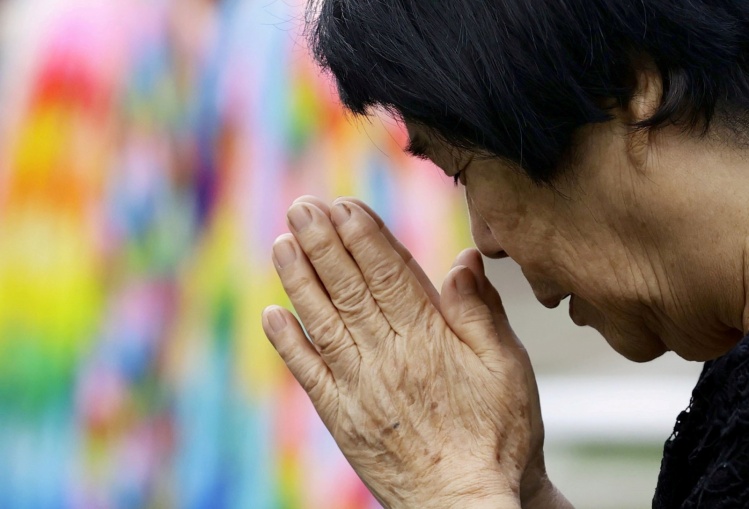 “It was a terrible choice,” writes papal biographer and Catholic commentator George Weigel in First Things. “Given the available options, it was the correct choice.”

The choice made was President Harry Truman’s decision to use atomic bombs on Hiroshima and Nagasaki, killing hundreds of thousands, most of whom were noncombatants. As Weigel notes, Truman’s decision saved the lives of millions of Japanese and Americans by bringing a savage war to an end. (On Okinawa, just weeks before the bomb was used, one hundred twenty thousand Japanese and American soldiers were killed.) But of course there is a problem with endorsing that decision, especially for a conservative Catholic like Weigel. How does someone who has lectured other Catholic moralists on the abandonment of exceptionless moral norms with regard to abortion, contraception, divorce and remarriage, and a host of questions around sexual morality, exonerate Truman? “It seems difficult, if not impossible,” Weigel concedes, “to vindicate Hiroshima and Nagasaki on classic just-war grounds without relativizing moral norms in the kind of ethical calculus John Paul II rejected in his 1993 encyclical, Veritas splendor.”

In that encyclical on moral theology, the pope insisted that certain acts are “intrinsically evil” and that the motives and intentions of those who commit them are not exculpatory. Not to recognize that fact leads to the moral relativism so pervasive today. Committing such acts damages the perpetrator as well as the victim. Christians should, Weigel has written, be “prepared to die rather than do what they know is wrong.” The “witness of martyrs” is what’s needed. Yet he appears to think that in the atomic bombing of Hiroshima and Nakasaki, motives and intentions do in fact alter the moral calculus.

Weigel was prompted to tackle this moral conundrum after rediscovering an old photograph of his father, LTJG George S. Weigel, USNR. The photo shows the senior Weigel in Japan shortly after the Japanese surrender. Just weeks before, Lt. Weigel had been assigned to a landing craft destined to take part in the invasion of the Japanese homeland. Given the suicidal devotion with which the Japanese would defend “the emperor,” Weigel believes his father would most likely not have survived the war but for Truman’s decision.

My own father, a navigator in the Army Air Force, was also set to take part in the invasion. When the atom bombs were dropped, he was about to parachute into Japan on a reconnaissance mission. But for the bomb, his fate too seemed sealed.

But a decision like Truman’s, made in the middle of a war that had already taken 60 million lives, is hard for most Americans to condemn, and not without reason.
sharetweet

It is my sense that there is a significant consensus among both conservative and more liberal Catholic moralists that Truman’s decision cannot be justified, regardless of the life-saving consequences. Or as the Catechism of the Catholic Church puts it, “Every act of war directed to the indiscriminate destruction of whole cities or vast areas with their inhabitants is a crime against God and man, which merits firm and unequivocal condemnation.”

But a decision like Truman’s, made in the middle of a war that had already taken 60 million lives, is hard for most Americans to condemn, and not without reason. There was a somewhat famous exchange on the use of the bomb between literary critic Paul Fussell and political philosopher Michael Walzer in the New Republic in 1981. Fussell, who had been wounded as an infantry officer in Europe and was to participate in the invasion of Japan, titled his initial essay “Thank God for the Atom Bomb.” Walzer, an expert on just-war reasoning, took strong objection to Fussell’s argument. He urged readers not to be “intimidated” by Fussell’s attempts to use his combat experience and unvarnished descriptions of what infantry soldiers go through in war to justify or excuse the slaughter of civilians. We should “accept the risks of righteousness,” Walzer wrote. “There is a code. It is no doubt often broken, particularly in the heat of battle. But honorable men live by it while they can.” That code “holds, most simply, that combat should be a struggle between combatants, and that noncombatants—civilian men, women and children—should be protected as far a possible against its cruelties.”

Any abstract code guiding modern military action is anachronistic at best and woefully incommensurate to the actual experience of combat, Fussell responded. Given the nature of modern weaponry, an infantry assault had more in common with an abattoir than a rule-bound engagement. “My aim in writing the article on Hiroshima was to complicate, even mess up, the moral picture,” Fussell wrote of those eager to condemn the decision from a historical distance. “I was simultaneously horrified about the bombing of Hiroshima and forever happy because the event saved my life,” he confessed. “Because I don’t think righteousness all on one side, I dwelt on the deeper pathos and horror of the war continuing. Walzer says of the bomb-dropping that its purpose was political, not military. I say that its purpose was political and military, sadistic and humanitarian, horrible and welcome.” He quotes T. S. Eliot’s “Gerontion”: “Think / Neither fear nor courage saves us. / Unnatural vices / Are fathered by our heroism. Virtues / Are forced upon us by our impudent crimes.”

I agree with Walzer that without a moral code, armies degenerate into undisciplined mobs. That was one of the reasons it was so disturbing when President Trump pardoned Eddie Gallagher, the Navy Seal platoon leader convicted of war crimes in Iraq. Yet it is not easy to ignore the power of Fussell’s witness. His actual experience of combat—of battling an enemy who was determined to kill you however he could—should count for something in the moral analysis of Truman’s decision. “In general, the principle is, the farther from the scene of horror, the easier the talk,” Fussell wrote.

Temperamentally, I’m inclined to agree with Weigel. Using the bomb to end the war saved millions of lives, probably including both of our fathers. It was a horrible, even criminal act, but probably an unavoidable one. Faced with sending perhaps hundreds of thousands of American soldiers to a certain death in a final confrontation with the Japanese, no American president would have refused to use the weapon. It is one thing to choose martyrdom for oneself, something very different to choose it for others.

How does this argument square with Weigel’s insistence on absolute moral norms in other, admittedly less dire, situations? How is it that he can abide the deaths of hundreds of thousands of noncombatants but insist the moral order is fatally compromised if Catholics use artificial contraception or if same-sex couples marry? He is understandably sympathetic to arguments about the importance of experience, motives, and consequences when someone defends Truman’s murderous decision. Yet he is unwilling to make room for the experience of those who find that the absolutism of Veritas splendor does not reflect the moral realities of their lives or the motives and likely consequences of their actions. It is not only in war that Fussell’s observation applies: the farther from the scene, the easier the talk.