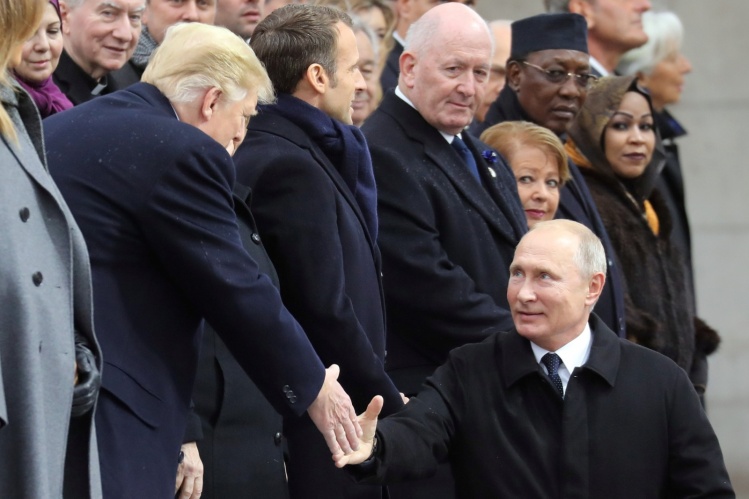 It was clear when Russian opposition leader Alexei Navalny fell critically ill on a flight from Siberia to Moscow in August that he was not drunk or hypoglycemic or suffering any kind of everyday discomfort. Yet Russian government officials were pushing these and other patently ridiculous theories as Navalny was rushed to a hospital and then airlifted to Berlin for urgent, life-saving care. They still are, long after laboratories in Germany, France, and Sweden determined that Navalny was in fact poisoned with Novichok—an internationally banned nerve agent developed during the Soviet era by Russia, which according to most Western intelligence agencies is the only country that still possesses it.

After spending several weeks in a medically induced coma, Navalny is recovering. In mid-September, he shared a photo of himself from his hospital bed in Berlin. Noticeably gaunt but alert and plainly ready to rejoin the fray, he promised he’d be returning to Russia, where his supporters in the Siberian city of Novosibirsk made notable gains in last month’s nationwide municipal elections. Navalny’s courage is even more commendable than his tenacity, because this was not the first time he was targeted. On multiple occasions in 2017, he was doused by unknown assailants with antiseptic dye, with one attack permanently damaging his vision. Last year, after being detained by the Russian government, he was hospitalized for an “acute allergic reaction” that his personal physician believes was triggered by a chemical substance. (Navalny is far from being the first high-profile critic of Russian President Vladimir Putin to be poisoned or otherwise marked for death.)

European governments immediately condemned the attack on Navalny. British Prime Minister Boris Johnson was vocal in his criticism, and Germany’s Angela Merkel called for a thorough investigation. They and other leaders left little doubt about where Western Europe stands on the attempted murder of political dissidents, and on Russian misbehavior in general. Donald Trump’s silence on Navalny’s poisoning stood in contrast, and was in keeping with his curious passivity on any number of Russian transgressions. His administration has lately ignored new intelligence reports calling Russian interference in the upcoming election an “immediate threat” to American democracy, while Trump himself has challenged the FBI director’s congressional testimony on that fact. A whistleblower has also charged the administration with directing the Department of Homeland Security to hide evidence of a Russian disinformation campaign aimed at helping the president’s reelection chances.

Donald Trump’s silence on Navalny’s poisoning was in keeping with his curious passivity on any number of Russian transgressions.
sharetweet

In the absence of American presidential leadership on checking Russian misbehavior, the job has fallen primarily to the European Union. Merkel may bear the bigger part of this burden in the near term, in part because Germany currently holds the EU’s rotating presidency. She has tried to deal with Putin since becoming chancellor in 2005, but has grown increasingly frustrated at his insistence on causing trouble. In 2014, she led an EU effort to impose economic sanctions on Russia following its invasion of Ukraine. Since the attack on Navalny, her government has referred the case to the UN’s chemical-weapons watchdog at the Hague and may stop a controversial Russia-to-Germany natural-gas pipeline project that Putin desperately wants to complete.

“We Europeans must take our fate into our own hands,” Merkel said three years ago, seemingly steeling herself to the idea that Europe could no longer count on the help of its once-stalwart American partner. Whether the EU can handle Russia on its own is unclear. Whether it will have to is another story. Democratic presidential candidate Joe Biden says he considers Russia an opponent, which seems the appropriate position to take. Rather than enabling Putin’s lawless behavior, the United States should be working with Europe to stop it.

What You Read at Commonweal in 2015