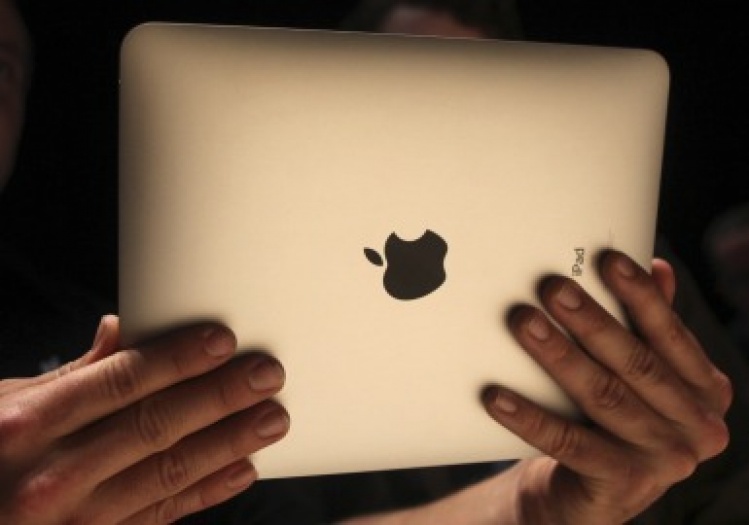 Although tax evasion is a serious crime in the United States, many of this country’s business leaders, along with some of its politicians, seem to consider tax avoidance to be as American as Apple Inc. In their view, U.S. corporations, like U.S. citizens, should do whatever they legally can to shelter their hard-earned money from the IRS. Corporations are much better at this than the average individual taxpayer, partly because they can afford to spend more on accountants and lawyers and partly because our tax code makes it so easy to stash corporate earnings in countries with lower tax rates.

The polite term for this practice is “tax arbitrage,” and according to congressional investigators, Apple has been especially good at it. Even though the official corporate-tax rate is 35 percent, Apple seems to be paying no more than 10 percent of its income in taxes. The technology company has avoided paying U.S. taxes on its overseas income by incorporating a shell company in Ireland, where it negotiated a tax rate of just 2 percent. Because the Irish government taxes companies only if they’re managed in Ireland, while the IRS taxes them only if they’re incorporated in the United States, another of Apple’s Irish subsidiaries got away with paying no taxes at all on $30 billion of income between 2009 and 2012.

Of course, Apple isn’t alone. In September of last year the Senate’s Permanent Subcommittee on Investigations issued a report on similar practices by Microsoft and Hewlett-Packard. Other multinational corporations, including Amazon and Google, have been accused of gaming the tax laws in Europe. Starbucks, for example, came up with a way not to pay any taxes in Great Britain, despite sales of $1.9 billion over the past three years. (After a consumer boycott, the company offered the British government $32 million.) When it was reported that General Electric had managed to pay nothing in federal taxes back in 2010, the news was met with appropriate outrage. But how many Americans know that twenty-five other big U.S. companies, including Boeing, Mattel, and Verizon, paid nothing in taxes between 2008 and 2011?

The smaller the share of federal taxes paid by corporations, the larger the share paid by workers. Individual income and payroll taxes now account for more than 80 percent of total federal revenue—up from roughly half sixty years ago. By shifting the tax burden from capital to labor, corporate tax-dodgers contribute to the country’s growing inequality. They also hurt the government’s balance sheet. As the New York Times has pointed out, if all the money corporations have squirreled away in offshore tax havens were taxed at the full 35-percent rate, the U.S. government would have enough revenue to pay for half the spending that has been automatically cut by the sequester.

At a Senate hearing on Apple’s tax strategy, Sen. John McCain (R-Ariz.) described it as “an egregious and really outrageous scheme.” Apple’s chief executive, Timothy D. Cook, suggested it was a matter of perspective: “I see this differently than you do, I believe. Honestly speaking, I don’t see it as being unfair.” Cook claimed that his company had paid every penny it owed, and that the fault, if there was one, lay with an anachronistic tax code that couldn’t keep up with a digital economy. Sen. Rand Paul (R-Ken.) jumped to Apple’s defense: “I say instead of Apple executives, we should have brought in here a giant mirror, OK? So we could look at the reflection of Congress, because this problem has been created by this awful tax code.”

Paul and Cook are right: the corporate-tax code does need to be reformed—not relaxed in order to protect Apple’s profits or advance Paul’s ideology, but simplified and strengthened. There should be fewer loopholes and deductions, as well as more incentives to hire American workers and pay them properly. Products that are developed in this country should also be taxed here, not in whatever jurisdiction offers the lowest rate. International trade agreements should be better coordinated with agreements on tax law to make it harder for corporations to play one country off against another. At the very least, Congress should set a minimum tax rate for U.S.-based multinationals; companies that pay other governments below that rate would have to make up the difference to ours.

But if the tax code needs to change, so does America’s business culture. Too many people at the helm of large corporations conceive of their fiduciary responsibilities to shareholders as an excuse to ignore their civic responsibilities. Too many think of their fellow citizens as nothing more than potential customers or investors. As another Apple executive put it last year, “We don’t have an obligation to solve America’s problems. Our only obligation is making the best product possible.” That insular mindset, now as common in Silicon Valley as on Wall Street, is itself one of America’s problems. It needs to change. Whether or not they acknowledge it, America’s business leaders owe a debt to the country that made their success possible. Lawmakers aren’t the only ones who need to look in the mirror.