Return of the Working-Class Hero 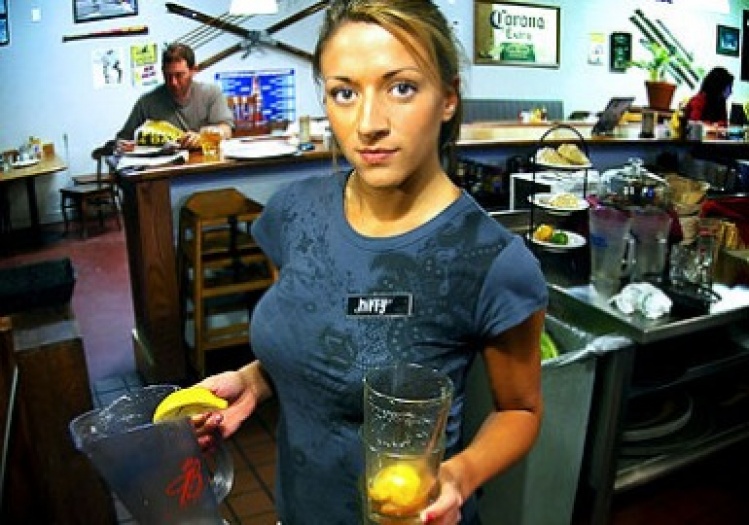 For more than three decades, working class Americans receded as cultural heroes, replaced in the popular imagination by swashbuckling entrepreneurs, brilliant innovators, and shrewd investors who make millions at the touch of a computer key.

It was not always this way. In the 1930s, ‘40s and ‘50s, the people who operated the trains, worked the machines and tended the farms were stars of film and fiction. Think of Frank Capra movies such as It’s a Wonderful Life and the fiction of John Steinbeck, including his underappreciated novel, In Dubious Battle. It was a more democratic and egalitarian culture whose soundtrack was Aaron Copland’s “Fanfare for the Common Man.”

For the first time in a long time, working people are making their way back into the news. Fast-food workers have been underpaid for a long time. Only over the last year or so have their battles for above-poverty wages begun to grab headlines.

In 2001, Barbara Ehrenreich published Nickel and Dimed, her classic on the discontents of low-paid work. At the time, she was fighting against social winds, let loose by the tech boom and a soaring stock market, to bring attention to the many left out of our grand prosperity. Now, Ehrenreich has more company as gifted younger writers bring the toil of cooks and servers and warehouse workers alive for wide audiences.

What’s striking about the new labor writers is that they are not romantics. They don’t think that we can return to the ‘30s or ‘40s any more than we can re-popularize black-and-white movies. But they write with clarity, empathy, and understanding, treating our economy’s service workers as flesh-and-blood human beings with responsibilities, families they deeply care about, and aspirations they’d like to fulfill.

If you have any doubt that culture affects politics, consider our celebrations of the life and mission of Nelson Mandela. He is now an internationally beloved figure because of his work for reconciliation, and rightly so. But we forget the time when the anti-apartheid movement was controversial, when some branded the African National Congress as a “terrorist” organization, and when, in 1986, Congress had to override President Reagan’s veto of the Comprehensive Anti-Apartheid Act.

Political mobilization around the world was central to Mandela’s victory. In eulogizing him, President Obama used himself as an example of how the anti-apartheid movement defined a generation. The arts were a big part of this. Shortly after Mandela’s death was announced, Peter Rothberg of The Nation magazine posted his 10 favorite songs from “artists of all genres and stripes” who paid tribute to Mandela. Similarly, The New York Times offered a gallery of poster art produced over the years during which Mandela was imprisoned.

More recently, the culture has thoroughly mainstreamed Mandela’s triumph. The 2009 movie “Invictus,” starring Morgan Freeman and Matt Damon, was based on Mandela’s decision to unite his country behind the nation’s traditionally white rugby team and its success in winning the 1995 World Cup.

It’s an entirely good thing that many who were once among Mandela’s critics have now embraced him as “the conscience of the world,” in the words of my Washington Post colleague Eugene Robinson. This is Mandela’s achievement. It’s also the achievement of the political and cultural transformation he inspired.

What the anti-apartheid cause and the new concern for low-wage workers have in common is not only the fact that Mandela “was an organizer before he became a statesman,” as Dorian Warren, a political scientist at Columbia University, helpfully points out. It’s also that the success of both movements entailed changing the way a predominant culture looks at society.

There are moments when the arts take a top-down view of the world, highlighting the contributions of the successful, the powerful, and the influential. There will always be a place for this.

But at other moments, the creators of culture take on the different task of looking at the world from the bottom up. This entails an acknowledgment that there would be no wealth without the efforts of those who labor. It is rooted in a spirit of solidarity. Once-forgotten people are suddenly remembered again.

The word used over and over about Mandela was “dignity.” His struggle asserted the dignity of everyone, including his one-time enemies. The new cultural turn is also about the dignity of all, and it’s a healthy change.