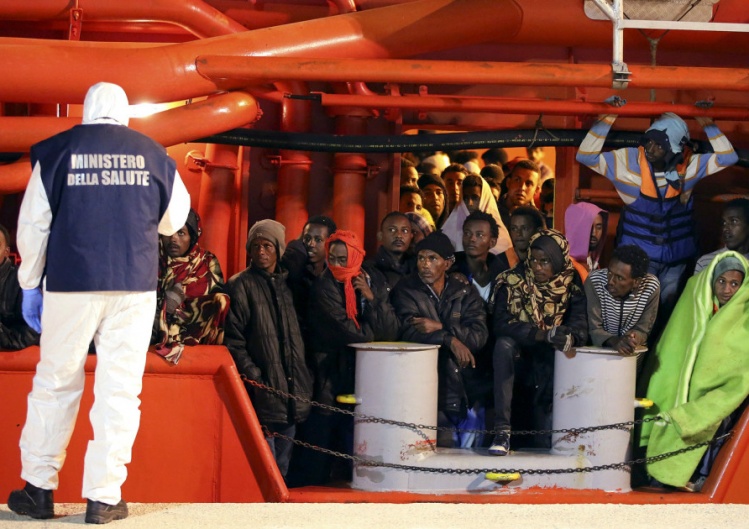 At a July 2013 Mass on the Italian island of Lampedusa, Pope Francis blamed the “globalization of indifference” for the plight of migrants fleeing war, poverty, and religious and ethnic persecution. So far that year, about fifty people had died attempting to reach Europe by crossing the Mediterranean from Africa. Four months later more than three hundred Eritreans drowned trying to reach Lampedusa in a leaky boat. In 2014, about three thousand died in the crossing. Since just January of this year, close to two thousand more have perished. The failure of the international community to address this rising toll has been, to quote Francis again, a disgrace.

It appears that the European Union has finally gotten the message. This week it announced it would not only launch operations against trafficking rings that prey on desperate migrants, but also prioritize the rescue of those crossing the Mediterranean and allow them to apply for asylum in Europe. Though many are dying elsewhere too—the U.S.-Mexico border, the Indian Ocean—as they seek refuge from economic crisis and political conflict, the Mediterranean has proven especially perilous. With the erosion of stability in dozens of nations stretching from sub-Saharan Africa to the Middle East, the number of migrants headed for Europe by sea has been rising significantly. More migrants means more voyages in overloaded, unseaworthy craft and more opportunities for exploitation, as smugglers exact higher prices for passage. The EU announcement comes as a welcome if belated development in a crisis crying for moral leadership from the nations that so many are risking their lives to reach.

Italy has seen the largest influx of migrants, its proximity to northern Africa making it a natural entry point to the Continent. It is already sheltering about 80,000 people seeking asylum, and more than 200,000 are expected to arrive this year, twice last year’s total. EU officials are now proposing that refugees be distributed among its twenty-eight member nations. Though this is sure to generate resistance from some governments, it is the right way to proceed. All of Europe, not just Italy and its neighbors, must provide a sanctuary for those refugees most in peril. As for the targeting of smuggling rings, most of which operate out of Libya, EU officials said they are prepared to act in dismantling them. The EU says it will move even without approval of a United Nations draft proposal for a militarily enforceable mission in international waters, and in Libya's territorial waters and on its shores, an effort that would include the seizure and perhaps the destruction of vessels used to transport migrants. It is still not known whether Libya's authorization would be required for such action—or which of the rival groups now vying for control of the country would be the one to do the authorizing.

Where this would leave those who’ve already left their homes and gathered in northern Africa is unclear. Nor does it address the root of the problem—conditions in the regions from which people are fleeing. How to bring order to Libya and Somalia, or peace to Yemen, or stability to Syria and Iraq? How to build better functioning economies in Africa? How to stop the persecution and killing of religious minorities? The scope and complexity of the challenges are considerable. But certainly the nations that are blessed with relative economic strength—and whose military and political missteps have helped bring about the crisis in Libya—owe it to the afflicted to stop the loss of lives at sea. Efforts must also be made to stabilize regions that are in turmoil. The Obama administration has taken steps in this direction in Central America, pledging $1 billion to help address the socioeconomic and security issues that spurred the massive migration of children to the United States last summer (it is not yet clear how or whether Congress will allocate these funds). A similar approach is needed in Africa and the Middle East.

Action can’t come too soon. A new UN report shows a record 38 million people around the world are “internally displaced”—having fled their homes if not yet their countries. About 850,000 people from Nigeria, Central African Republic, Mali, Libya, and Sudan have found refuge in Chad and Niger. These two nations, at the bottom of the UN’s Human Development Index, nonetheless “lead the world in their generosity and humanity,” says John Ging of the UN’s Office for the Coordination of Human Affairs. The EU now seems ready to follow their example. 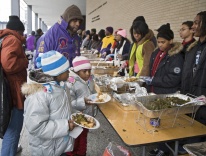