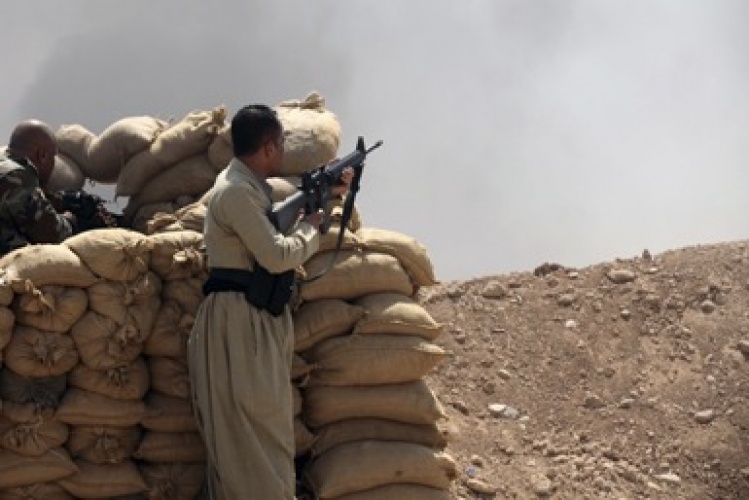 Is the United States about to embark on another futile intervention in Iraq? On August 7 President Barack Obama ordered airstrikes against the forces of the Islamic State in Iraq and Syria (ISIS). The aims were to protect Yazidis and other religious minorities and to prevent ISIS from routing Kurdish fighters and endangering U.S. personnel in Erbil, the Kurdish capital in Northern Iraq. The airstrikes succeeded in halting the advance of the Islamic extremists, saving the lives of thousands and allowing Kurdish and Iraqi forces to regroup. Obama’s decision was the right one. Yet the reintroduction of the U.S. military into Iraq’s internecine religious and ethnic conflicts raises fears of a broader re-engagement in a country still recovering from the aftermath of the U.S. invasion just over ten years ago. So far the president has rejected that possibility. “There is no American military solution to the larger crisis in Iraq,” he has said. But the prospect of further advances by ISIS may force the president’s hand again: Iraq’s Kurds, Shiites, Yazidis, and Christians are now counting on some kind of help from the United States.

The scope of U.S. involvement has already expanded from a mission of humanitarian intervention to one of material support for Kurdish and Iraqi forces in their counteroffensive against ISIS. In coordination with Kurdish and Iraqi ground troops, U.S. airstrikes have forced ISIS to retreat from the Mosul dam, a crucial strategic victory. There have been other welcome developments, including greater cooperation between Iraqi Arabs and Kurds and the resignation of Iraqi Prime Minister Nouri al-Maliki, who had alienated his country’s entire Sunni population, many of whom consequently support the ISIS incursion. U.S. air power continues to be deployed against ISIS—indeed, Obama said the air campaign is likely to continue for months. Gen. Martin E. Dempsey, chairman of the Joint Chiefs of Staff, has said that defeating ISIS will require attacking its bases in Syria. “This is an organization that has an apocalyptic, end-of-day strategic vision that will eventually have to be defeated,” Dempsey warned. At the same press conference, Defense Secretary Chuck Hagel said that ISIS posed a long-term threat, possibly even to the U.S. homeland.

Both Dempsey and Hagel were careful to say that the president had not authorized airstrikes inside Syria, but clearly that option is now part of the administration’s evolving calculus on how to respond to the threat posed by ISIS.

President Obama is understandably reluctant to involve the United States in another war in Iraq. Ending the U.S. occupation of that country is one of his major achievements. He knows that unless the Shiite majority includes both Sunnis and Kurds in the government, any efforts at mediation will fail. ISIS, however, presents a new and unprecedented danger to the entire region. It is not inconceivable that the United States and NATO could forge a coalition to oppose ISIS that included not only Turkey, Egypt, and Jordan, but even Saudi Arabia and Iran. The United States should not balk at working with “bad guys” if that is necessary to defeat even worse guys—and the Sunni jihadists of ISIS are about as bad as they get. Bringing former antagonists together is the diplomatic challenge facing Obama. Success will depend partly on the president’s ability to get Muslim countries to take the lead. ISIS would like nothing more than to make this look like another conflict between Islam and the West.

It is also imperative for the president to make the case for U.S. action directly to the American people and their elected representatives. If Obama decides that an expansion of U.S. military involvement is necessary, he should seek an authorizing declaration from Congress. He attempted just that when he proposed strikes against the Assad regime in Syria because of its use of chemical weapons, only to be rebuffed. But the threat posed by ISIS, especially in light of its slaughter of Christians, Yazidis, and Shiites, including women and children, and the gruesome beheading of American photojournalist James Foley, should make the danger it poses more palpable. For both political and prudential reasons, any escalation of U.S. engagement should have the approval of Congress. An extended military engagement abroad requires democratic deliberation and political legitimacy at home. Obama has spoken eloquently about the importance of congressional authorization in the past, and he should not let Congress’s earlier refusals deter him now.

Obama’s decision to put a stop to ISIS’s advance in order to prevent a genocide and protect U.S. citizens in Kurdistan was justified, but a broader military effort to cripple or defeat the radical group is a very different matter, both morally and politically. If the president decides, however reluctantly, that such an effort is necessary, he will have to make a convincing case for his policy to a politically divided country weary of war and skeptical that America has the answer to conflicts in the Middle East.