A Recipe for Autocracy

Our Institutional Crisis Is upon Us
By E. J. Dionne Jr.
Donald Trump
Domestic Affairs
Columnists 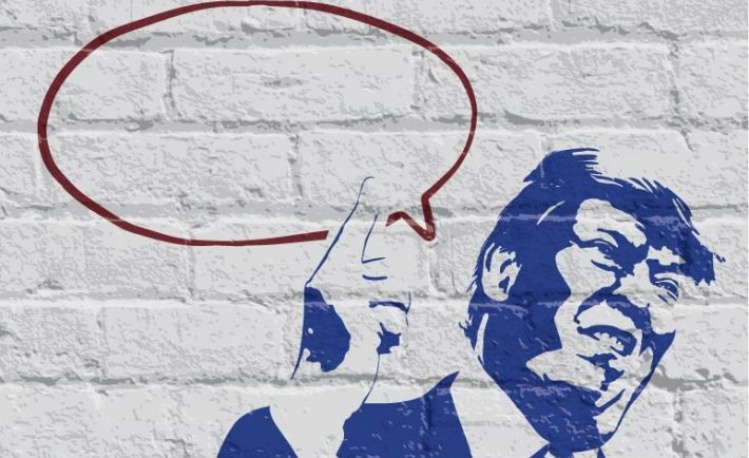 Our democratic republic is in far more danger than it was even a few weeks ago. Until this point, there was an underlying faith in much of the political world that if Robert Mueller’s investigation of Russian collusion in the election of Donald Trump turned up damning material about the president, Republicans in Congress would feel obligated by their commitment to the country’s well-being to take him on. We would often hear recollections of how Republicans during Watergate—Sen. Barry Goldwater would inevitably come up—decided that the smoking guns were too smoky and that Richard Nixon had to go. They made clear to him that he no longer had the support of his party. Surely, said the optimists, we have not drifted so far from decency that this sort of patriotism is beyond us.

Well, it sure seems to be. It’s not surprising that Trump and those on his payroll want to protect him at all costs. But we learned last week that congressional Republicans are deepening their complicity in derailing Mueller’s investigation and burying the facts. The more Mueller imperils Trump, the more McCarthyite the GOP becomes.

The apotheosis of Republican congressional collusion with Trump’s efforts to hang on at all costs came at a hearing of the House Judiciary Committee. One Republican after another attacked Mueller and the Federal Bureau of Investigation as if the latter should be placed on a new compendium of subversive organizations. The occasion was testimony before the committee by Christopher Wray, the Trump-appointed FBI director. It was heartening to see Wray stand up for his colleagues, which made you wonder if Wray may soon go the way of his predecessor, James Comey.

Deserving an Academy Award for the Most Striking Imitation of a Member of the Old House Un-American Activities Committee was Rep. Louie Gohmert. The hard-right Texas Republican went through a roll call of investigators, name by name, asking Wray if each had shown political bias. Wray defended every one of them he knew, and wryly smiled when he was unfamiliar with one of the five names on Gohmert’s hit list. Gohmert might as well have echoed the favored question of the congressional inquisitors of the 1940s and ’50s: “Are they now or have they ever been…supporters of Hillary Clinton?” When Republicans are FBI haters who are sidetracking probes into Russian subversion, the world truly is turned upside down.

Note also the statement of Rep. Jim Jordan (R-Ohio) that if every member of Mueller’s team who was “anti-Trump” was kicked off, “I don’t know if there’d be anyone left.” The implication is that even if Mueller’s investigation produces unassailable evidence of wrongdoing by Trump, we should ignore the truth, because Mueller’s team should have been vetted to exclude anyone who had a smidgeon of doubt about the president.

The rationale for this GOP assault is that Peter Strzok, an FBI agent involved in the investigation, exchanged texts critical of Trump and favorable to Clinton with an FBI lawyer. Somehow, Mueller got no props for removing Strzok from the investigation this summer.

But even if Strzok played some role in developing material that ultimately hurts Trump or proves Russian collusion, are Americans supposed to brainwash themselves? Trump’s allies want us to say: “Too bad the president lied or broke the law, or that Russia tried to tilt our election. This FBI guy sending anti-Trump texts is far more important, so let’s just forget the whole thing.” Really?

Because we are inured to extreme partisanship and to the Right’s habit of rejecting inconvenient facts, we risk overlooking the profound political crisis that a Trumpified Republican Party could create. And the conflagration may come sooner rather than later, as Mueller zeroes in on Trump and his inner circle. Only recently, it was widely assumed that if Trump fired Mueller, many Republicans would rise up to defend our institutions. Now, many in the party are laying the groundwork for justifying a cover-up. This is a recipe for lawlessness.

We also assumed that Mueller’s findings would be respected because of his deserved reputation for fairness and independence. Just last May, Newt Gingrich called him a “superb choice to be special counsel” and praised his “honesty and integrity.” Now, pro-Trump politicians feel free to contradict anything they said in the past and to dismiss what they once saw as legitimate authority if those who hold it threaten their power. This is a recipe for autocracy. We are far closer to the edge than we want to think.