A long year for U.S. Catholics ended with the belated resignation of Boston’s Cardinal Bernard Law. Law’s departure seems to promise a new beginning, at least in Boston, for victims of sexual abuse as well as the church as a whole. At the same time, hardly a week goes by when another accused priest is not suspended from ministry in one diocese or another. The damage done to the church’s credibility and moral stature by this scandal will take years, if not decades, to restore.

The effects of the scandal are especially unfortunate because a vigorous Catholic perspective is needed on the most pressing issues of the day. In addition to Cardinal Law’s departure, the year ended with the announcement, yet to be verified, of the birth of the first human clone, a girl portentously named Eve. An obscure religious sect, the Raëlians, has allegedly taken this step toward the eugenic future. Other scientists have promised to produce human clones within the year.

There’s a broad consensus, within both the scientific and religious communities, that "reproductive" cloning should be prohibited. The technique itself is prone to failure and amounts to experimenting on a human being. Even if the procedure is successful, a cloned child faces the likelihood of future genetic abnormalities or illness. Just as important, in allowing a parent to determine the entire genetic makeup of an offspring, cloning threatens the dignity and identity of that child and opens wide the door to every sort of genetic manipulation. Whatever the eventual legal status of so-called therapeutic cloning for stem-cell research, Congress should act quickly to outlaw the cloning of human beings, which, as the bioethicist Leon Kass notes, is a fateful step away from procreation toward the manufacturing of human life.

Unregulated biotechnology is not the only danger the new year brings. As President George W. Bush increases the diplomatic pressure and military threat against Iraq, he has been caught off guard by another "rogue" nation. By expelling UN inspectors and threatening to restart its nuclear weapons program, North Korea has called Bush’s bluff about the U.S. determination to strike "preemptively" against terrorist states possessing weapons of mass destruction. Bush’s strategy of tough talk and dismissive diplomacy seems poorly designed to deal with the dangers inherent in the fifty-year standoff between North and South Korea. The North Korean threat has also complicated the situation in Iraq. Bush says a diplomatic solution is needed in Korea. But how can he make the case for war against Iraq, which has acceded to UN inspections and does not appear to possess nuclear weapons, if he is willing to tolerate North Korea, which already has weapons of mass destruction and is threatening to build more?

Bush argues that containment and diplomacy can work with North Korea but have failed with Iraq. That sounds like hypocrisy, necessity, or hokum. Still it is progress of a sort. The administration has yet to provide evidence that Iraq possesses weapons of mass destruction. Both morally and politically, Bush must show that Iraq has not come clean before he can expect support for military action. In the meantime, the prospect of war in Korea should help this president acquire a new respect for the value of diplomacy, something he has been too dismissive of in the past.

Related: Science & Fiction, by the Editors 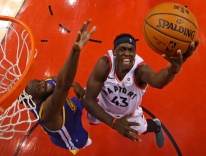