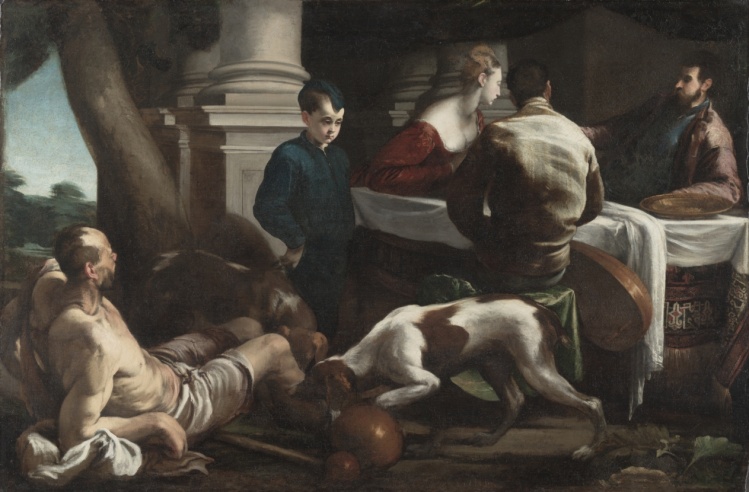 At the latest G7 summit in Biarritz, U.S. President Donald Trump reassured the world that “our economy is creating jobs and helping the poor.” A similar confidence was expressed in a recent op-ed published by the Wall Street Journal. It was titled “Making Money is a Patriotic Act” (August 13, 2019). Signed by Bernie Marcus, a cofounder of Home Depot, and the New York City supermarket magnate John Catsimatidis, the op-ed opened with a striking, quasi-religious claim: “The two of us are quite rich. We have earned more money than we could have imagined and more than we can spend on ourselves, our children and grandchildren. These days getting rich off a profitable business is regarded as almost sinister. But we have nothing to apologize for and we don’t think the government should have more of our profits.” The fact that the latter is a prominent member in, and generous donor to, the Greek Orthodox Church in America (as well as to the Roman Catholic Archdiocese of New York) prompted me to reflect again on the age-old question of wealth and poverty in Christian thought. This is a question where Orthodox and Roman Catholic teaching are very similar, if not the same.

Of course, the connection or correspondence between prosperity and philanthropy has long concerned economists, political theorists, and moral philosophers, as well as theologians. Economic resources are indispensable to the church, but the church has an obligation to husband its resources in a way that includes the less fortunate. When it comes to wealth, the focus for Christians should be beneficent compassion (the law of love) rather than brutal competition (the law of survival of the fittest). Proclaiming that greed is neither sinister nor sinful and claiming that the government should not impose higher taxes on the wealthy is at odds with the Christian responsibility to recognize the dignity and parity of the least of our brothers and sisters (Matthew 25:40).

The authors boast of creating employment (albeit at often degradingly low salaries) and supporting charities (while benefiting from generous tax deductions for charitable giving), but they’re also proud of having risen from meager origins to achieve the American Dream. This up-by-the-bootstraps success narrative may be convenient for the Christian right, but it is inconsistent with both Orthodoxy and Roman Catholic social teaching.

Luxury is the enemy of solidarity. The tragedy is that the rich may never understand why heaven is beyond their reach.
sharetweet

Before contemplating the spiritual message, however, let’s consider the economic argument. Fiscal conservatives have long insisted that private charity is better than government handouts; helping hands, they say, should be inspired by a heart of compassion rather than compelled by law. But to suggest that wealthy donors can replace government programs is both arrogant and dangerously irresponsible. Private philanthropy falls off during economic downturns, when poverty rises. In other words, philanthropy tends to be cyclical, whereas public programs are designed to be counter-cyclical, helping the most when there’s the greatest need for help. The idea that faith-based or privately organized charity is more efficient or more effective than government relief has not been true since the industrial revolution. It is especially untrue during a recession.

But much of secular philanthropy is less about providing relief to the poor than about stockpiling tax deductions and/or getting one’s name emblazoned on the front of a new cultural or religious institution. No matter how dizzying the donations of the wealthy, they are in fact a minuscule fraction—economists estimate it’s less than 0.031 percent—of current social needs. It would be wonderful if more of society’s most fortunate members would respond to the needs of the less fortunate. But it is a fantasy to believe that voluntary organizations, including religious ones, could adequately replace the array of government health and social programs that help the most vulnerable.

Take some examples from my own church, which is also the church of John Catsimatidis. How troubled are Orthodox leaders that the tens of millions of dollars worth of donations raised for a church at Ground Zero in New York City—all of which doubtless qualify for tax deductions as charitable gifts—will in no way benefit the underprivileged, in a city where there is visible evidence of material want on every street corner? How often do Orthodox Christians and perhaps especially Orthodox clergy stop to examine their lifestyle in light of their vocation to close rather than widen the gap between rich and poor? And when wealthy Orthodox Christians give, how much do they focus their generosity on impoverished fellow Christians—or, indeed, on impoverished non-Christians?

Recently, at a traffic stop in Lewiston, Maine, I observed a refugee woman cross the road in order to offer money to a beggar. I was instantly reminded of the episode in Luke’s Gospel “when Jesus looked up and saw the rich putting their gifts into the treasury. He also saw a poor widow put in two mites. And he said, ‘Truly I tell you, this poor widow has put in more than all of them; for they all contributed out of their abundance, but she out of her poverty put in all the livelihood that she had’” (Luke 21:1–4). I carry a mite with the cross that I wear—a reminder that the cross entails sacrifice and that my social obligations are central to any spiritual aspiration. This is true for everyone of course, not only the rich; and “rich” is a relative term. But there is no relativizing away the special duty of those who have much more than they need to help provide for those who have less than they need. Complaints about high taxes signal that one thinks of this duty as merely an option.

Even the subtler, seemingly softer mercantilism proposed by the recent Business Roundtable in its August 2019 “Statement on the Purpose of a Corporation,” which seems to reverse course on the priority of maximizing shareholder value, and to soft-pedal the exploitation of offshore labor and ecological despoliation, is not really a confession of guilt but rather an admission that big business now has a public-relations problem.

Saints and mystics have always understood the connection between ascesis and communion: those who are unable to control their appetites—to say “enough” when their own needs have been met—are less likely to notice and respond when their neighbor does not have enough. Luxury is the enemy of solidarity. The tragedy is not just that the rich may never make it to heaven, but also that they may never understand why heaven is beyond their reach.

It may be “easier for a camel to go through the eye of a needle than for a rich person to enter the kingdom of God...but what is impossible for mortals is possible for God” (Luke 18:24–26). In the larger picture of God’s beneficence, there is always ample room for forgiveness and redemption. Almsgiving allows us to confront our inner brokenness and spiritual poverty by reaching out to others, to the least and lowest in our community until, as Abba John wrote in sixth-century Gaza, “we reach the point of regarding the poor as our equal and as our neighbor” (Letter 636). But to recognize the poor as our equals is to understand that they cannot be left at the mercy of a philanthropist’s whim, and the satisfaction of their needs is not another charitable option, like the construction of a new opera house or university gym. Rightwing philanthropists need to get over their aversion to public-assistance programs and their resentment of the taxes that fund them. And before they write op-eds congratulating themselves for their own munificence or disparaging government programs they dismiss as “handouts,” they would do well to remember another famous passage from Scripture: “Let not your left hand know what your right hand is doing” (Matthew 6:3).

John Chryssavgis is a clergyman of the Greek Orthodox Archdiocese of America. He has taught theology in Sydney and Boston, and lives in Maine.