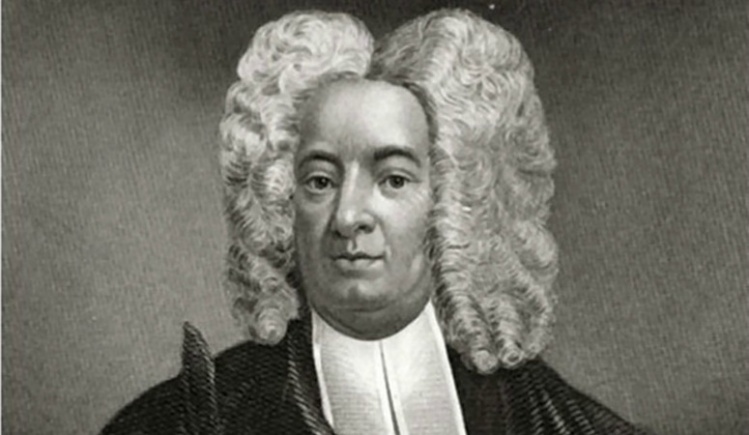 The proper role of religious discourse in political discussion and decision-making has been a subject of long-running interest among scholars working in a variety of fields, from law and political theory to philosophy, theology, and ethics. Participants in these debates have described the problematic features of religious argumentation in different ways, but they have usually focused their analyses on the content of religious claims. In Prophecy without Contempt: Religious Discourse in the Public Square, Cathleen Kaveny is concerned with the divisiveness of our contemporary religious and moral discourse. She begins her book with a critique of efforts by prominent scholars to explain this polarization. Alasdair MacIntyre traces the problem to the fragmentation of our moral norms; John Rawls points to reliance on arguments based on faith rather than shared beliefs and modes of reasoning; and Stephen Carter blames the failure to frame arguments in civil terms. According to Kaveny, none of these explanations is sufficient to fully understand and address the contentiousness of today’s discourse because each fails to look beyond the substance of religious claims to consider their rhetorical form as well.

In particular, Kaveny argues that scholars have overlooked the characteristically American practice of prophetic indictment and its deep roots in American history. Like the Puritan clergy who delivered fiery “jeremiads” in early New England, today’s culture warriors use harsh and uncompromising language to condemn social and political evils that they believe threaten fundamental national values. Their goal is not to engage in moral deliberation but to deliver an urgent and unequivocal message that will precipitate repentance and reform. Kaveny observes that when American jeremiads were first delivered in seventeenth-century New England, they served as a unifying force. Modeling their sermons on the moral indictments of Jeremiah and other Hebrew prophets, Puritan preachers such as Cotton Mather denounced breaches of the community’s covenantal relationship with God and called upon New Englanders to recommit to a shared vision of social and political life. However, as covenantal theology was supplanted by a vaguer American exceptionalism and pluralism replaced a unified political vision, the fiery rhetoric of the jeremiad became an agent of division rather than unity. Indeed, by the time of the American Revolution, the jeremiad was being used to advance social change and innovation rather than to shore up existing consensus.

Kaveny is deeply ambivalent about the use of prophetic rhetoric in contemporary American political discourse. When today’s prophets excoriate their opponents with harsh and sometimes brutal language, the divisiveness of their rhetoric has significant social costs, and the breakdown of conversation and community can occur even among those who share the same religious traditions and basic moral premises. Kaveny points to the debates over abortion and torture among Catholics and evangelical Protestants during the 2004 presidential election. Members of these communities shared the belief that torture and abortion are grave evils, but they clashed with one another when they split over whether to approach these issues with the rhetoric of prophetic indictment or with the more nuanced and multifaceted form of deliberative discourse that characterizes our ordinary moral language and argument. For example, prophets analogizing legal abortion to Nazi genocide and slavery denounced the choice of John Kerry, a supporter of abortion rights, for president while deliberators considering a range of relevant moral issues sometimes concluded that, overall, Kerry was the better option. Both sides in the debate viewed each other with suspicion, if not disdain.

According to Kaveny, the tensions between prophets and deliberators are exacerbated by their tendency to co-opt one another’s rhetoric for their own purposes. For example, Kaveny argues that pro-life opponents of human embryonic stem-cell research have misused prophetic rhetoric to strengthen an inconclusive deliberative argument. The “torture memos” prepared by lawyers from George W. Bush’s administration in 2002 employed moral and legal reasoning whose weaknesses exposed what was really prophetic indictment of America’s enemies. When prophets and deliberators co-opt each other’s form of discourse, the conscripted discourse is distorted, moral positions are weakened, and antagonism is inflamed.

Kaveny believes, however, that prophetic discourse has an important place in our political conversations. Prophetic indictment is a valuable corrective when deliberative discourse becomes so corrupted that the nation’s fundamental moral commitments are at stake. The language of prophetic indictment is harsh, but where such corruption has occurred, it can operate like moral chemotherapy targeting a dangerous cancer. Nevertheless, the use of chemotherapy always carries its own risks, and it must be managed carefully so that its destructive power does not tear apart the community it is designed to save.

In the final chapters of her study, Kaveny develops an ethical framework to guide the use of prophetic discourse. Her goal is to articulate criteria that maximize the benefits of prophetic discourse while minimizing its deleterious effects. In developing this framework, Kaveny draws on American prosecutorial ethics, just-war theory, the internal logic of biblical prophecy, and our own history to identify procedural, substantive, and rhetorical constraints on the use of prophetic indictment. She returns to biblical prophecy and the example of Abraham Lincoln’s Second Inaugural Address to identify virtues needed to inform the constructive use of prophetic indictment.

Kaveny argues, for example, that prophetic discourse should be used only as a last resort to reinforce moral consensus regarding fundamental national values, not to forge social change. Animal rights is not (now) an appropriate topic for prophetic rhetoric, but issues implicating human dignity like abortion and torture are. The practitioners of prophetic discourse should not operate in isolation but be part of a network of communal leaders. Individuals must consider social and moral costs and benefits when choosing whether to use prophetic rhetoric and how to use it, and they must seek truth and avoid manipulation. When delivering indictments, prophets should stand with and not against their opponents, and prophetic zeal should be tempered with the virtues of humility and irony, which foster the recognition that all human viewpoints are incomplete and make room for compassion and mercy for one’s opponents.

Kaveny’s project in Prophecy without Contempt is important and path-breaking. The place of religious discourse in the American public square has received much attention for many years, but the role of prophetic indictment has been largely overlooked. Kaveny’s book not only opens a “new front” in these debates, but starts the conversation with a rich analysis of the history and function of prophetic discourse and a carefully developed normative framework to guide its use. The interdisciplinary work that informs Kaveny’s book is especially impressive. As an ethicist and legal academic, Kaveny draws on resources from these disciplines, and she also integrates sophisticated analyses of American history, biblical scholarship, and literary criticism. For some readers, the depth of this interdisciplinary work may at times distract from the overall line of argument. We learn, for example, a great deal about the function of the jeremiad in seventeenth- and eighteenth-century New England, and not all of the detail Kaveny gives is necessary to draw the lessons that she does. Likewise, Kaveny’s discussion of the work of MacIntyre, Rawls, and Carter delves more deeply into some of their arguments than is needed to appreciate Kaveny’s critique. However, her discussions are interesting and informative, and they will be a resource for others doing future work on this topic.

NOT ALL of Kaveny’s readers will agree with her assessment of the function of prophetic indictment, her characterizations of specific instances of religious or moral discourse, or the norms she recommends for constraining prophetic rhetoric. For example, in my view, Kaveny’s vision for prophetic discourse is too conservative. Kaveny argues that prophetic discourse should be used only as a last resort to reinforce existing moral consensus rather than to forge new moral insights. Kaveny worries that prophetic indictment is too blunt and inflexible a tool to contribute constructively to the development of new norms. She also recognizes, however, that America’s fundamental values are not static and that our understanding of these values is pluralistic. We have often contested the meaning of our basic principles, and new interpretations have developed over time. Prophetic discourse has played a role in this development.

As Kaveny observes, nineteenth-century abolitionists drew not upon moral agreement but “a contested and contestable account of the nation’s fundamental moral and religious commitments.” Later, as America industrialized, advocates of the Social Gospel challenged laissez-faire capitalism with a new vision of social and public responsibility, and today foes of abortion demand that our laws recognize the full dignity and personhood of unborn human life. In each of these cases, prophets have drawn on our national commitments, but they have also sought to re-envision and extend their requirements.

Indeed, at times, even lone voices like that of Roger Williams in seventeenth-century New England have advanced our understanding. Williams’s argument in favor of the separation of church and state gained little support outside of Rhode Island where he fled after being banished from Massachusetts. However, Williams’s ideas bore fruit when his work was rediscovered by proponents of religious liberty in the revolutionary era.

Kaveny is right that today’s prophets should be more humble and their language more compassionate. Indeed, if prophets stood with their opponents, not against them, and sought not only to understand their interlocutors’ concerns but to appreciate the ways in which they might also be complicit in national sin, prophetic discourse would be more constructive and constraints less desirable. I am more ambivalent about the virtue of irony that Kaveny draws from the ambiguities of the Book of Jonah. According to Kaveny, an ironic sensibility enables us to see the incompleteness and limitations of all prophetic messages. I would propose instead something more positive. Prophetic indictment is most beneficial when its practitioners demonstrate a generous capacity to understand what motivates their opponents and the value in what they have to say. Sometimes moral progress is achieved by annihilating an opposing point of view, but oftentimes it is reached by constructing a new vision that incorporates multiple perspectives.

I also see more room for discourse that mixes prophetic and deliberative elements. Kaveny argues that in most cases of mixed discourse, the language of prophecy dominates overall. But there is another possibility. Both forms of discourse can be used to address different aspects of a moral issue with deliberative discourse helping to identify the points at which prophecy becomes appropriate. For example, prolife advocacy can engage with opponents to understand and address concerns about women’s lives and health while still forcefully promoting the inviolability of all human life, including the unborn. In mixed discourse like this, neither prophecy nor deliberation dominates, but participants cross back and forth from one form of discourse to the other depending on which facet of the issue they are discussing. Indeed, prophets who have developed the virtues of humility and understanding are more likely to use mixed discourse.

Kaveny, a Commonweal columnist, will surely have responses to these thoughts and those of other readers, and I expect her book to generate a rich and productive conversation about prophetic rhetoric for years to come.

Kathleen A. Brady is a senior fellow at the Center for the Study of Law and Religion at Emory University. Her book The Distinctiveness of Religion in American Law: Rethinking Religion Clause Jurisprudence was recently published by Cambridge University Press.