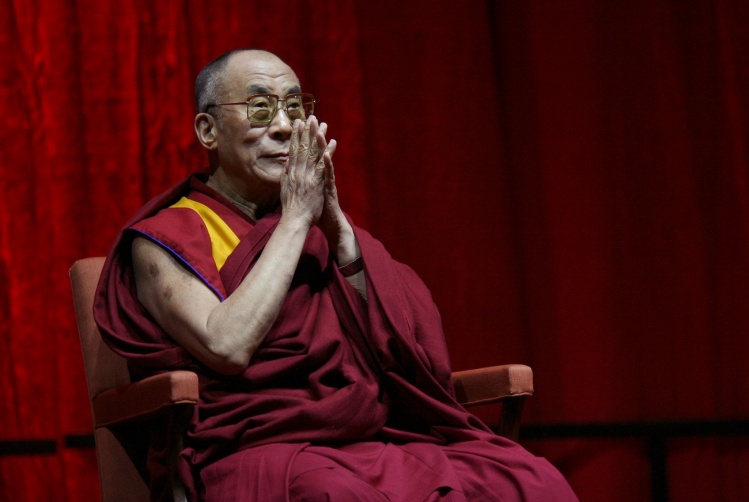 In the not-too-distant future, the current Dalai Lama will pass away and a new one will be selected. Beijing has already made it clear that China will be heavily involved in the choice. No doubt this will be a sensational geopolitical and religious event full of palace intrigue, the resurfacing of ancient rites and customs, and the rueful remembrance of Chinese-Tibetan Cold War struggles that have led to the current unhappy situation: the Dalai Lama living in exile—in Dharamsala, India—hoping for the day when he or his successor might return to Tibet and assume his place on Lhasa’s Lion Throne.

Alexander Norman’s book is a must-read to prepare for this event and to understand current realities. Norman, a longtime student of Tibetan history and the author of a previous book on past Precious Protectors (one of the Dalai Lama’s many titles), recounts the remarkable odyssey of a boy (born Lhamo Dhondup) who grew up in an isolated Tibetan village; was identified in the late 1930s as the fourteenth reincarnation of Chenrezig, Bodhisattva of Compassion; and is now arguably the most recognized religious leader on the planet besides the pope. Norman adeptly places the Dalai Lama’s life in the context of twentieth-century political developments and events without losing sight of the fact that his office is fundamentally religious and cannot be understood apart from deep dives into Tibetan-Buddhist theology and practice.

Since 1959, there have been two Tibets: the original and that of a large, diasporic community in India, with pockets throughout the world. Coming to terms with this new situation, the Dalai Lama has adroitly reconceived of his vocation, becoming in the process a mouthpiece for global Buddhism, a champion of compassion and “mindfulness,” a key player in interfaith dialogue, an advocate for the environment, a desired companion of leaders and dignitaries in many countries, and even the winner of the Nobel Peace Prize in 1989. Despite all this, Norman indicates that the “Free Tibet” movement has largely fizzled, confronted by the fact that most countries today, while paying lip service to the Tibetan issue as a cause célèbre, would rather maintain access to China’s vast markets than risk alienation. In China, it remains illegal to display pictures of the Dalai Lama.

Now in his eighties with little hope of returning to Tibet, the Dalai Lama and his fellow Tibetans appear to stand in the twilight of previous momentous events.
sharetweet

The politics are interesting and important, but Norman’s book is especially successful at narrating the spiritual dimensions of the Dalai Lama’s life and office. Insights into the Precious Protector’s contemplative activity, his appetite for learning, his desire to maintain tradition while dispensing with some rigidities, and his aim to serve as an “ecumenical” voice for various sub-traditions within Tibetan Buddhism are provided in illuminating detail. We learn that he spends an extraordinary amount of time in meditation every day. The casual onlooker might not know how central the Kalachakra or “Wheel of Time” tantra has been for the Dalai Lama’s public ministry. Performed thirty-four times now, this tantra involves the creation of an astonishingly intricate mandala, meditation on samsara (the endless birth and rebirth of all beings), and imagining oneself entering the body of Kalachakra, conceived as deity. Once inside Kalachakra, the practitioner regards himself as a single drop of bodhicitta (the aspiration to seek liberation into nirvana for all sentient beings) and descends through the deity’s body before exiting through his erect penis into the “lotus,” or vagina, of Kalachakra’s sexual consort, Vishvamata. Is it any wonder that Allen Ginsberg and the Beat Generation were drawn to Tibetan Buddhism in the 1960s?

Norman also tells us about the elaborate process for choosing a Dalai Lama, the different schools of Tibetan Buddhism, the role of monasteries, the intricacies of Tibetan Buddhist cosmology (with layers of hell that would make Dante envious), “precious pills” (made from the excrement of lamas and believed to hasten enlightenment), “demon traps” and how to make them, trance states and the role of mediums, the significance attached to dreams, and much else. The picture that emerges makes clear that the Precious Protector, while certainly an actor in the here-and-now, is above all a central circuit in a complex grid of supernatural realities and traditions, which are lost on many Western observers who know the Dalai Lama only through his avuncular, globe-trotting public persona.

To help the reader with the complexity of it all, Norman provides a glossary of terms, a map of Tibet, and a list of previous Dalai Lamas. While the glossary is extensive, I might quibble that it could include still more detail. A timeline of the Dalai Lama’s life and corresponding historical events would also have been helpful.

In April 2011, the Dalai Lama announced his full retirement from office as leader of the Tibetan government in exile. By this act, ending centuries of theocratic rule, the office would henceforth be headed by a democratically elected first minister. Thus, not unlike the pope after the collapse of the Papal States in the nineteenth century, the Dalai Lama now occupies a largely spiritual role, even if he still functions as a symbolic figurehead for his people.

And what of the future? Norman is too prudent a scholar to speculate promiscuously. But the image that emerges at the end of the book is one of pathos. Now in his eighties with little hope of returning to Tibet, the Dalai Lama and his fellow Tibetans appear to stand in the twilight of previous momentous events. Still largely cut off from the world until the mid-twentieth century, today both homegrown and diasporic Tibetans appear to “concern themselves more with this life than the next,” as the forces of modernity and global capitalism do their predictable work. The past desecration of religious life, the relocation of numerous Han Chinese into Tibet (facilitated by new high-speed trains), and Beijing’s Orwellian surveillance threaten to end the region’s special status and singularly numinous reputation in the world’s imagination. Higher education is not obtainable in the Tibetan language, so parents want their children to learn fluent Chinese—thus further diluting their cultural distinctiveness.

Nonetheless, protests against this seemingly inexorable decline appear from time to time, not least in acts of self-immolation by Tibetan monks and nuns, who want to remind the world of a situation they find intolerable. One hundred and fifty of these have taken place in recent decades, each recorded on a martyr’s memorial in Dharamsala. To China’s consternation, the Dalai Lama, although advising against self-immolation, does not condemn past instances of it.

The 2008 Olympics brought a flare-up of the Tibetan issue, and in recent years considerable scholarly attention has been devoted to understanding and preserving Tibet’s past. The internet is a place where the “two Tibets” can still gather, rueing the current situation and hoping for better days to come. Films, essays, and poems circulate widely online, including these lines about Tibetan identity from an anonymous poet:

Tibetan: a name which is matched by a reality

Tibetan: standing on the earth, touching the heavens

Don’t ask me my surname

If you insist on asking for my surname

I’ll tell you I am a follower of the Buddha

I am a strong nation blessed by the Tibetan gods

My left shoulder is a hawk

My right shoulder a yak

My body is a lamp under the statue of the Buddha, never extinguished.

Yes, the current Dalai Lama will eventually go the way of all flesh. But the Bodhisattva of Compassion, Chenrezig, has seen many lives now. One suspects that we haven’t seen the last of him, and that Tibet’s story remains unfinished.

Thomas Albert Howard is professor of humanities and the holder of the Duesenberg Chair in Ethics at Valparaiso University. This essay is adapted from his new book, The Faiths of Others: A History of Interreligious Dialogue (Yale University Press).