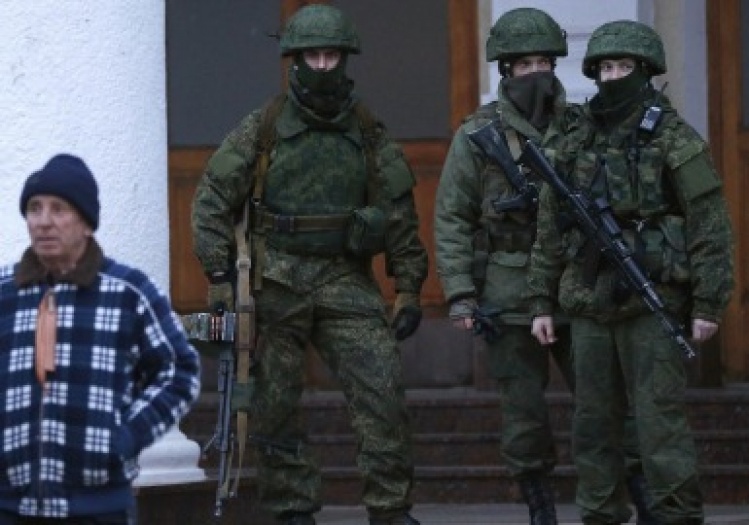 The events that trigger major international conflicts often appear strangely small in retrospect. A hundred years ago an Austrian archduke on a visit to Sarajevo was assassinated by a Serbian nationalist; within five years 37 million people had died in a war that involved all the world’s great powers. From a single tragedy in a remote corner of Europe, a continental disaster.

Recent events in Ukraine have now provided another example of this paradox. When, last November, the country’s now-deposed president, Viktor Yanukovych, failed to sign a trade agreement with the European Union because of pressure from Moscow, few predicted it would lead to bloodshed in the streets of Kiev; fewer still expected it to result in a dangerous standoff between Russia and the West. Now that it has, many are wondering how the situation could have spun out of control so quickly. The full answer to this question will one day fill volumes. The short answer is named Vladimir Putin.

For the Russian president, the dissolution of the Soviet Union remains a dishonor to be avenged. Mother Russia has her own manifest destiny, which she can realize only by standing up to the West and reclaiming her dignity. After the corrupt Yanukovych fled Kiev in disgrace, Putin saw an opportunity for Russia to assert itself in the ensuing power vacuum. On the thin pretext of protecting ethnic Russians, he got Russia’s upper house of parliament to authorize an invasion and immediately seized control of the Crimean peninsula, in violation of international law and Russia’s 1994 guarantee to respect Ukraine’s territorial integrity in exchange for the country’s surrender of its nuclear weapons. Contrary to Russian propaganda, there is no evidence that Ukraine’s Russian population faces any danger from the new provisional government in Kiev. This isn’t about Russia’s responsibility to protect its own; this is a power play.

And not the first. When the government of Georgia turned away from Moscow and toward the West in 2008, Russia responded by sending troops into the Georgian provinces of South Ossetia and Abkhazia, which it still occupies. But the stakes are much higher in Ukraine, a country of 46 million people that borders members of NATO and the E.U. Western Europe gets much of its energy from Russia through natural-gas pipelines that pass through Ukraine. If that country implodes in civil war or is crushed by its neighbor to the east, the consequences will be felt throughout the continent.

That means the United States and its allies cannot afford to look away. But it doesn’t mean they should rush into a military confrontation with Russia, which, though no longer a superpower, remains a nuclear power—and an increasingly dangerous one. Western leaders must make good on their pledge to punish Russia for its violation of Ukrainian sovereignty in Crimea, but they should also be careful not to do too much too soon. As we go to press, Russian forces have tightened their grip on Crimea and massed along Ukraine’s eastern border. If they stop there, the worst can still be averted. However the United States and its allies respond to what’s already happened in Crimea, where most of the population is Russian, they must have something left, short of war, with which to punish Russia if it decides to invade the rest of the country. If they use up all the available sanctions to punish Russia for its takeover of Crimea, Putin could decide that he may as well finish what he’s started: better to be hanged for a sheep than for a lamb. The seizure of Crimea is reason enough for the United States to skip the G-8 meeting Putin was supposed to host in Sochi this June. But before we throw Russia out of the G-8 altogether—or start freezing Russian assets or issuing broad travel bans—we should wait to see what Putin does next. If his main purpose was to humiliate Ukraine’s new government, he’s already succeeded and may choose to stop while he’s ahead. In any case, our own purpose should not be to humiliate Russia, but to protect Ukraine and the rest of Europe from Putin’s recklessness. That will require patience and prudence, as well as nerve.

In Washington, the blame-Obama-first crowd are now saying that Russia wouldn’t have dared to seize Crimea if it hadn’t first been emboldened by President Obama’s failure to carry out his threat to bomb Syria, a Russian ally. This sort of partisan opportunism on the brink of an international crisis is unseemly, to say the least. Now is no time for point-scoring, or for the purely rhetorical demand that the White House somehow get tough with Russia. If the president’s critics want to propose a policy the president isn’t already considering, let them do so, with as little rancor and sanctimony as possible. So far, at least, Republican hawks have wasted their time, and ours, striking brave poses and loudly pining for the good old days of Cold War brinkmanship.

Civil War in Spain and the United States