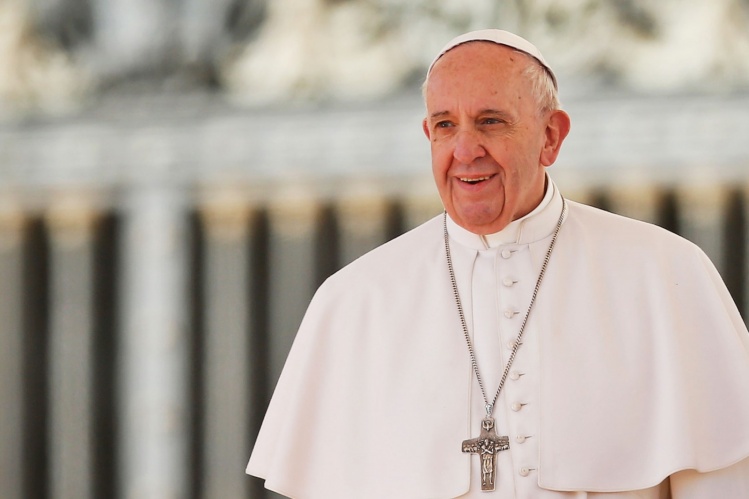 Catholic conservatives come in many colors across the world—traditionalists who love the old Mass and its trappings, nostalgic restorationists who opine for greater deference to the hierarchy and moral norms, fierce anti-communists who cozy up to oligarchs—and even, on some fringes, the last gasp of the blood-and-soil nationalists.

But while the American opponents of Pope Francis certainly embrace some of these positions, their enmity seems to be motivated by something else entirely—a ideology of economic libertarianism that exalts free markets and puts “economic freedom” far ahead of solidarity. This opposition manifests itself in a rejection of Pope Francis’s teachings on the economy and the environment. (His predecessors, of course, taught very much the same things. But American neoliberal Catholics proved adept at suggesting otherwise).

In my view, this is the lens through which we should view American opposition to Francis, even if much of this opposition seems to center on Amoris Letitia, especially relating to the issue of communion for the divorced and remarried. What’s happening here echoes the tried-and-tested political strategy on abortion, which uses the unborn to mask positions that would otherwise be hard to defend—an upward redistribution of income combined with environmental barbarism. Thus, these people will insist that Catholics are obligated to support certain politicians or judges based solely on their stated position on abortion, even as these same politicians and judges do next to nothing for the unborn but do a lot for wealthy donors, large corporations, the financial industry, and fossil fuel billionaires.

This is not to say that these people are not genuine in their opposition to abortion. But they also know it’s a convenient ruse. It’s part of a game. This is the same reason that opponents of climate action and sustainable development keep raising the “population control” canard against the Sustainable Development Goals. The bottom line is that they simply don’t like sustainable development.

This same game is played out with every Supreme Court nominee. As Zephyr Teachout has argued convincingly, the defining feature about Judge Neil Gorsuch is his ideological predilection for not standing in the way of concentrated corporate power and wealth. This is obviously why he appeals to Trump, but yet again, this particular type of American Catholic is touting him as a judicial Aquinas! (I don’t need to point out that Justice Antonin Scalia was cast from the same mold, and that his death probably saved the Clean Power Plan—which, let us remember, was praised by Pope Francis in some of the first words he uttered in the United States).

I believe we are seeing something similar with the Anglo-American opponents of Amoris Letitia. For sure, some of this criticism is influenced by a prevailing cultural Calvinism inclined toward a dualism antithetical to mercy (American foreign policy, anyone?) combined with the bizarre fact that so many of the American “defenders of the faith” are converts from Protestantism (and their Christian worldview is restricted to the divisions of the Reformation, barely aware of how the Orthodox and non-Chalcedonian Churches have handled these particular issues).

But as with abortion, this issue is deployed to delegitimize Pope Francis. And if he is delegitimized—or even fomenting heresy or schism, as some of his more extreme critics contend—then his teaching on global inequality and climate change can be safely ignored. And that, I would submit is the whole point. It is the latest version of the game.

I’m sure there are some Catholics who love Laudato Si’ and Pope Francis’s teaching on the global economy and yet don’t like what he says in Amoris Letitia. And I’m sure there are some Catholics who delight in Amoris Letitia and think the pope is off his rocker with economics and the environment. But I submit that these two groups are tiny in number. Especially in America, find a stark critic of Pope Francis on Amoris Letitia, and you are extremely likely to also find a libertarian and a climate science denier. And the stronger the opposition to Amoris, the stronger the attachment to these other positions.

This might sound simplistic to some, but it’s what I think is going on. And this game is getting more dangerous by the hour, as the pope’s enemies are rallying increasingly around Trump and his Bannonist ideology, which twins standard pro-corporate economics with more fringe elements of apocalyptic blood-and-soil nationalism. Now more than ever, it is imperative that we stand firm with Pope Francis and traditional Catholic social teaching in all of its coherence and consistency.