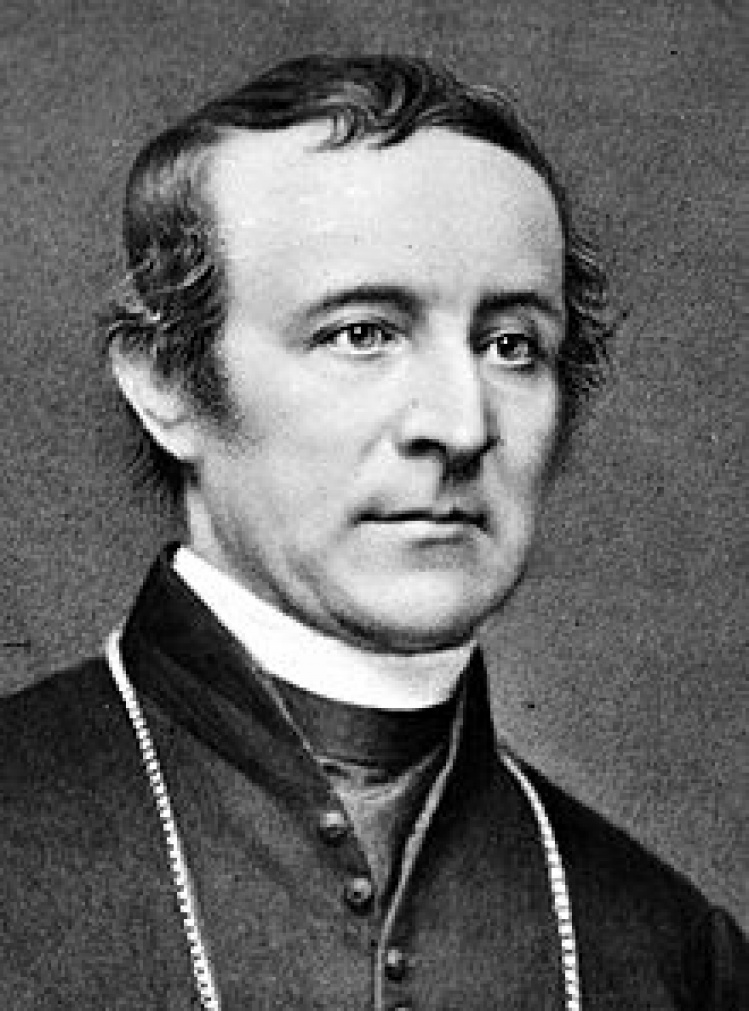 Pope Francis’s rhetorical attack on the excesses of capitalism, a prominent feature of his recent Latin American trip, is troubling to many Catholic conservatives and others in the United States.

In particular, he declared: “An unfettered pursuit of money rules. This is the `dung of the devil.' The service of the common good is left behind. Once capital becomes an idol and guides people’s decisions, once greed for money presides over the entire socioeconomic system, it ruins society, it condemns and enslaves men and women, it destroys human fraternity, it sets people against one another and, as we clearly see, it even puts at risk our common home, sister and mother earth.”

This led Patrick Buchanan to ask: “Why not leave the socialist sermons to Bernie Sanders and Elizabeth Warren?”

But  Francis’s talk reminded me not of leftwing political speeches but of an address delivered by the very icon of conservatism in the American Catholic Church: Archbishop John Hughes.   It is called “A Lecture on the Antecedent Causes of the Irish Famine in 1847” -- an important historical document.

Long before Pope Leo XIII started the modern tradition of Catholic social teaching with his 1891 encyclical and a year ahead of the publication of “The Communist Manifesto,” Hughes criticized the excesses of capitalism as it existed in his time. Much as Francis looks at the world from the perspective of the Latin American poor, Hughes saw it from the point of view of the Irish at the height of the Great Famine.

“The newspapers tell us that this calamity has been produced by the failure of the potato crop; but this ought not to be a sufficient cause,” he said. Instead, he pointed to three larger causes: historical inequities resulting from the British conquest of Ireland; bad government; and “a defective or vicious system of social economy.”

Hughes condemned colonialism, just as Francis now assails “the new colonialism,” declaring, “The invaders regarded the natives as illegal occupiers of the soil -- as barbarians, who stood between them and the peaceable possession of their property.”

Of the economic system, Hughes explained: “By social economy I mean that effort of society, organized into a sovereign state, to accomplish the welfare of all its members. The welfare of its members is the end of its existence - - `Salus populi, suprema lex.’” Hughes decried “the free system--the system of competition,--the system of making the wants of mankind a regulator for their supplies.” He continued:

By this system England has, I admit, become the richest country on the globe; but riches are by no means synonymous with prosperity, when we speak of the social condition of a whole people. And this system, though it may work well, even for national prosperity, in certain given times and circumstances, yet carries within it, in the palmiest days of its success, a principle of disease, which acts first on the lower extremities of the social body …

It will not be disputed, I presume, that the present system of social and political economy resolves itself, when analyzed, into a primary element of pure selfishness. … The conqueror, indeed, carries off great spoils from the contest; but his enjoyment of them would be disturbed if he could only hear the cries of the wounded and the dying who have fallen in the battle.

The true system, in my opinion, would regard the general interest first, as wholly paramount, and have faith enough to believe that individual interest would, in the long run, be best promoted by allowing it all possible scope for enterprise and activity within the general limits. … Then individual welfare would be the result and not the antecedent, as it is when the order is reversed. The assumption of our system is, that the healthy antagonisms of this self-interest, which, as applied to the working classes, its advocates sometimes designate pompously "the sturdy self-reliance of an operative," will result finally in the general good. I am willing to admit, that in the fallen condition of human nature, self-interest is the most powerful principle of our being, giving impulse and activity to all our individual undertakings, at in that way, to the general operations of life. But unfortunately this system leaves us at liberty to forget the interest of others. The fault which I impute to it, however, is that it values wealth too much, and man too little.

Archbishop Hughes spoke out in behalf of the marginalized in dire times. So does Pope Francis.