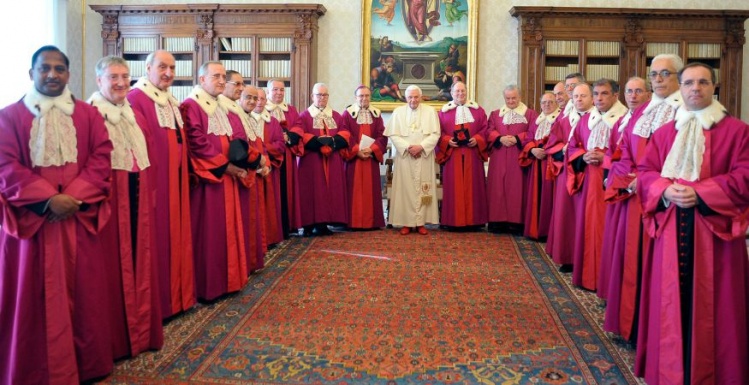 Canon law requires that any previous marriage (with the exception of a marriage ended by the death of a spouse) must be annulled by the church if one of the parties from that marriage wishes to marry validly again. This requirement for annulment even applies to marriages that were completely secular in nature, and marriages involving parties who, at the time of the marriage, were not Catholic. (For example, if a Catholic woman wishes to marry a Jewish man who was previously married to another Jew in a secular setting and is now divorced, the man’s earlier marriage would need to be annulled in order for the new marriage to take place in a Catholic setting.)

An annulment is granted when a marriage tribunal determines that the original consent exchanged between the parties was in some way defective from the very outset, due to immaturity, serious lack of understanding of marriage, or physical or psychological obstacles on the part of either or both parties. Therefore the focus of the annulment process is on establishing evidence that there was a defect or flaw in the original marriage consent, even if the marriage took place many years before. 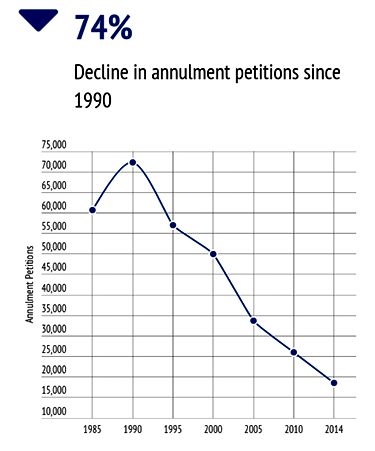 The complexity, cost, and pace of the annulment process can vary widely from diocese to diocese and from case to case.

In addition to the annulment process, there are two “privileges of the faith,” the Petrine and Pauline privileges, which can in certain special cases be invoked to dissolve previous nonsacramental marriages. The Pauline privilege deals with a broken marriage between two non-Christians where one becomes Catholic. The Petrine privilege applies to certain marriages between a Christian and a non-baptized person.

Few statistics are available on the percentage of annulment petitions that are ultimately granted, although some data suggests that the percentage is high, perhaps because many potentially unsuccessful cases never reach the stage of a formal petition. In addition, many who begin the process of preparing a petition never complete it, due to the complexity of the effort as well as to the emotional burden of revisiting, in great detail, a difficult past relationship or divorce.

The number of annulment cases initiated each year in the U.S. has fallen dramatically in recent years, from 72,308 in 1990 to 18,558 in 2014, a decline of 74 percent. Here again, there is no definitive research to explain the reason, but they may include growing resistance to the demands of the annulment process, a decreasing sense of urgency or obligation about resolving previous marriages, or even a tendency for those needing an annulment to leave the church entirely. Whatever the reason, it is clear that even more than in the past, most Catholics who require an annulment in order for their current marriages to be valid in the eyes of the church do not seek one.

Updated September 8, 2015: Pope Francis issued two apostolic letters announcing some significant changes in the church's approach to annulments, all designed to speed and simplify aspects of the process outlined above. The changes are to take effect December 8. Among the major changes:

This is fourth of four of explainers in our reading list about Catholic marriage today.

Prophecy without Contempt – A Commonweal Event Monday, March 7 in NYC (and live online)