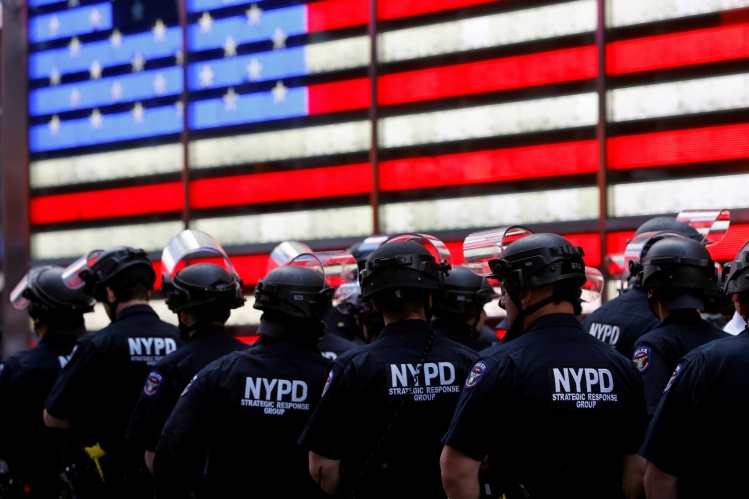 The death of George Floyd in Minneapolis was not just a case of excessive force or brutality. It was a murder, plain and simple. Police officer Derek Chauvin asphyxiated Floyd to death by kneeling on his neck for nearly nine minutes, while three other officers watched and did nothing to stop him. Chauvin could see that his actions were being recorded by a bystander and did not seem to care. He looked blankly into the camera as Floyd died underneath him.

Floyd’s killing came right after Breonna Taylor was shot to death in Louisville by cops who had mistaken her apartment for someone else’s. Theirs are only the latest names to be added to a grim and ever-growing list of people of color killed by the police: Eric Garner and Laquan McDonald and Alton Sterling and Sandra Bland and Tamir Rice and Philando Castile and Michael Brown and Amadou Diallo, and on and on. No other major country loses as many of its citizens to police violence as ours does.

This might have something to do with how we conceive of “policing” itself. There is, to begin with, the militarization of municipal police forces. During the George W. Bush administration, the Pentagon sent surplus battle-grade weapons and armor to police departments around the country. Though the Obama administration scaled back the program, President Trump ramped it up again in 2017. The provision of such military equipment, and the corresponding rise of combat-style tactical training, both reflects and reinforces the authoritarian tendencies of our police culture. The police like to present themselves as the “thin blue line” between law and disorder. Police unions maintain power by exploiting the fear this image is meant to evoke, warning of chaos and crime waves should any effort be made to implement reforms, and securing favorable contracts that shield them from scrutiny. In 1967 the Supreme Court ratified the dubious concept of “qualified immunity” for cops, which puts an added burden on those who accuse the police of misconduct. This is why so few police officers are arrested, prosecuted, or penalized for their actions, even when the evidence of wrongdoing is as clear as it is in the Floyd case. The four Minneapolis officers were quickly fired, but criminal charges weren’t filed until four days later, and then only against Chauvin for third-degree murder and manslaughter. Over his career, he’s had eighteen complaints filed against him. Fortunately, there is growing agreement among liberals and conservatives that the definition of qualified immunity needs to be drastically narrowed, and the Supreme Court in its next term is hearing a number of cases that could make it easier to prosecute police officers.

If George Floyd’s horrific death won’t jolt us out of our inertia, it is fair to wonder whether anything could.
sharetweet

Historians say that the roots of American policing in the enforcement of slavery laws and the control of urban immigrant and “underclass” populations explains what seems like an institutional predisposition to racism. This has long been evident in the way police treat certain parts of the population not as fellow citizens but as combatants, whether engaged in neighborhood-wide “crackdowns” or the most mundane of traffic stops. In practice, the “thin blue line” often protects not the public from criminals, as it’s supposed to, but white people from racial minorities, the rich from the poor, and the powerful from the powerless.

In the mass protests that have followed Floyd’s death, cities that have met demonstrators with tanks, helicopters, and phalanxes of armored riot cops have seen more violence than cities whose leaders have accommodated and sometimes accompanied the marchers. President Trump ordered federal police to disperse a peaceful daylight demonstration with tear gas and flash bangs to clear his way to St. John's Church for a photo op in which he awkwardly raised a Bible and threatened military action against protestors. Houston police chief Art Acevedo walked alongside protestors, proclaiming: “We will march as a department with everybody in this community. I will march until I can’t stand no more.” When it comes to acts of moral and spiritual leadership, there could be no greater contrast.

The rioting and looting that have trailed too many of these peaceful protests cannot be excused, much less encouraged. It dishonors Floyd’s death and undermines the cause protestors seek to advance. It also risks alienating many of those who are outraged by this death and are finally waking up to the systemic racism behind it. Martin Luther King Jr. famously condemned rioting as “socially destructive and self-defeating.” But he also said that “a riot is the language of the unheard. As long as America postpones justice, we stand in the position of having these recurrences of violence and riots over and over again.” More than fifty years later, we are still postponing justice, still deferring a reckoning that can’t be avoided. It is long past time to dismantle the social structures and policies that allow the police to harm black and brown people with impunity. If George Floyd’s horrific death won’t jolt us out of our inertia, it is fair to wonder whether anything could. 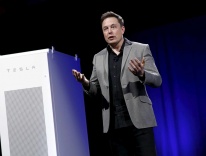