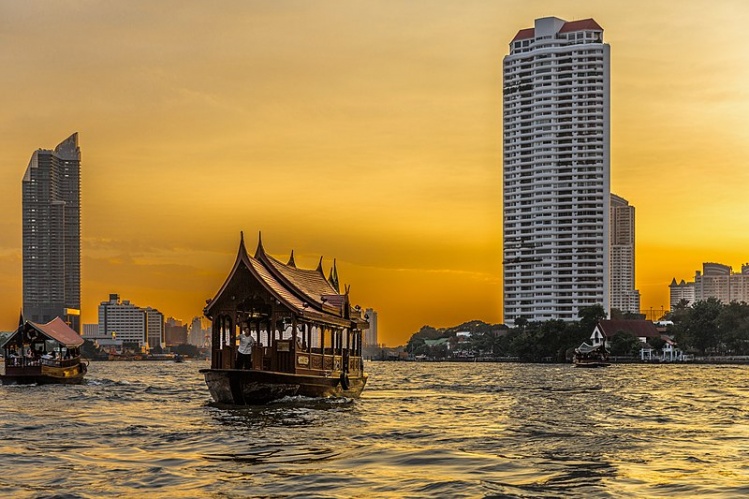 A feeling of saudade permeates the pages of Bangkok Wakes to Rain, Pitchaya Sudbanthad’s debut novel. Though that Portuguese word can be defined as “a longing for the past,” it’s often used to convey something more elusive: a melancholic yearning for certain moments in life, but also happiness that they occurred in the first place—its closest English equivalent might be “nostalgia.” All of Sudbanthad’s many characters experience saudade at some point in this tale of interwoven lives, which spans a century in the ever-changing city of the title.

Sudbanthad builds the novel on an innovative premise: that a single house can hold a wildly vast array of stories, containing within it the secrets of countless lives. Those secrets compound in time, as the original dwelling, a single-family estate, gives way to a high-rise condominium over the course of the novel. At first, the tale seems disjointed; each vignette is different from the next; the characters’ interrelations appear virtually incidental. But their connections become evident as they mature into fully formed people, broken but resilient. For each of them, Bangkok (often referred to by its old Thai name Krungthep) and, to a varying extent, this particular dwelling, play important roles.

Our vantage point shifts between and among these many characters: a languishing missionary begs to be transferred in the midst of a cholera outbreak in the Old City; an aging rockstar is melancholic with longing for his old romantic partner; a wallflower desires to be seen amid her beautiful, more affluent friends. Sudbanthad painstakingly articulates poignant moments in each life—how they permeate the consciousness, how they perpetuate a sense of loss, how they linger long after they’ve passed. This approach helps him build captivating accounts of his characters’ mundane existences, especially that of Nee, who evolves from a young woman witnessing the death of her boyfriend in a government attack on university protesters, to a quiet worker who falls in love with an impetuous photographer, to an old lady discerning, after a life stacked with abandonment, where her sense of home lies.

Sudbanthad’s early description of that attack on college students and its devastating aftermath sets a poignant tone for the novel. It strongly resembles the 1976 Thammasat University massacre, in which Thai state forces and far-right paramilitaries attacked university students who had been peacefully protesting the regime for weeks. The massacre is remembered for its shocking brutality: entrances to the university were blocked and students were shot even as they called for a ceasefire and surrendered. It’s estimated that well over a hundred people died, with many more wounded and arrested.

Sudbanthad himself grew up in Thailand, Saudi Arabia, and the American South. Now based in New York and Bangkok, he is the recipient of several fellowships in fiction writing, and serves as a contributing writer at the Morning News. Perhaps this range of experiences helps explain the easy familiarity he seems to have with his characters, many of whom are described in terms normally reserved for old friends. One of the most endearing is Mai, whom we first encounter as a young girl dutifully loyal to her schoolmates; later, we see her as a successful career-woman no less dedicated to old ties (she gives shelter to one of those friends, now struggling). Yet even with this seemingly happy development, it’s impossible not to remain haunted by Sudbanthad’s account of her adolescence. Those old friends also encouraged her, to her parents’ consternation, to get cosmetic surgery. We see through the eyes of the hesitant surgeon, a father himself, as he begins to reshape this young girl’s face with “the same force he’d use to cut into a fruit.”

For each of Sudbanthad’s characters, no decision is ever quite as straightforward as it seems. Phinneas, a missionary doctor, is forced to choose between bringing a dying man back to the mission hospital or allowing an angry group of Thai locals to take him to a ceremonial house at a witch doctor’s request, while the man’s frightened son looks on. “Will you see that I acted within the bounds of good reason?” Phinneas implores his brother in a later letter, himself unsure whether he made the right choice.

The past continually imposes on the present, if not explicitly through memory, then unexpectedly via the evocative capacity of the senses. In one of the novel’s storylines, for instance, a murderous Thai colonel is returned to his childhood by the distinct aromas of a woman’s cooking. That woman is Nok, who is the sister of Nee, the survivor of the university massacre. Nok is unaware that the fragile old man was in fact responsible for the death of Nee’s beloved that day. But when Nok eventually learns of the man’s identity and role in the attack, she faces both rage and guilt—can Nee ever forgive her? And later she too, like other characters, faces a choice: whether to cook for the colonel as he lies on his deathbed, his final wish to smell the scent of her sour curry and chicken-fat rice.

If Sudbanthad is concerned with how our decisions haunt us, he is also concerned with how they haunt the places we leave behind. Later in his life, Pig, an old friend of Mai’s, discerns a sporadically appearing shadow that takes the shape of a recumbent child. The shadow and its placement might recall a young worker who fell through bamboo scaffolding during the rapid construction of the high-rise that replaced the old estate house. “Who’s doing the remembering?” Pig asks Mai, who has brought her to the spot. “Here. This building, this ground.” “They can do that?” Pig asks. Mai responds, “I wish I had a better explanation, but I think that maybe yes, they do, even when we don’t. Places remember us.”

This anticipates the dystopian turn the novel ultimately takes. New technologies and a changing climate begin to make themselves felt, even as many of the characters express nostalgia for small details of the old Krungthep, communal and bustling, where street stalls sold fragrant noodles and oliang, Thai iced coffee. By the closing pages, people have a taste for futuristic “coffee vaporized in a soundfield,” which is said to enhance its notes and quicken its effects, even as they are trying to survive in a Bangkok nearly submerged by catastrophic rainfall and rising sea levels. In fact, such a future may not be so far off. Today overdevelopment is causing Bangkok to sink, while the seas inexorably encroach: some experts estimate the city will be underwater within twelve years. The beloved building through which Sudbanthad filters the lives of his many characters is itself understood to be in jeopardy—and with it the sacred land it has stood on.

Whether or not it survives, the memory of it will somehow persist. Near the novel’s end, as Nee looks back on her decisions, she must accept that the past still manifests itself in unforeseen ways. “Truth lingers,” she thinks, “unseen like phantoms but there to rattle and scream wherever people try hardest to forget. 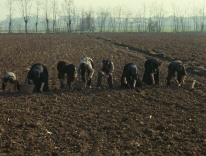