Phenomenology of the Gun 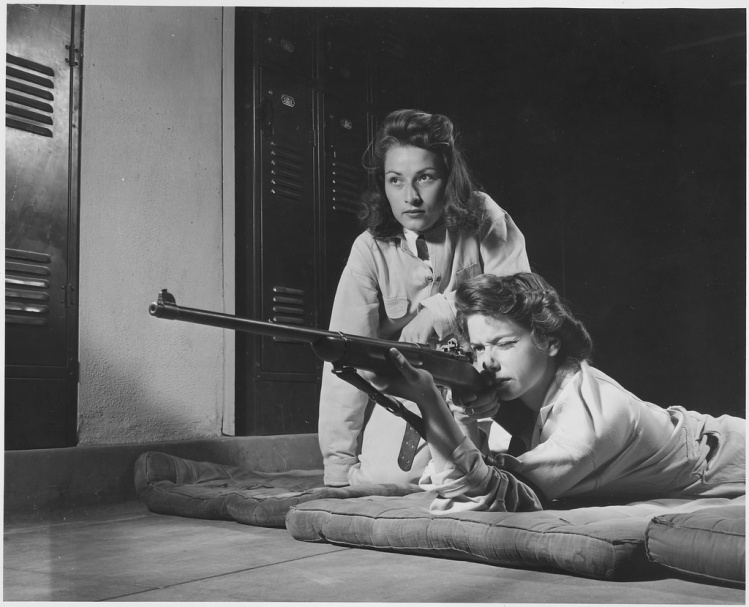 I’ve shot a gun exactly one time, when I went skeet shooting over a Christmas holiday. The amount of discomfort I felt was, to say the least, surprising. I find guns aesthetically thrilling, and I certainly have my share of pent-up aggression that could be safely directed toward a clay pigeon (or three). But here I was, holding a weapon in my hands, surrounded by people also holding weapons, and all I could see was myself tripping and somehow shooting another person in the head. Everything depended on me doing things correctly, even though I rarely do things correctly. What lunatic had allowed this?

Until then, I had been pleased by the idea that I could become the sort of person who could fire a gun in a situation where this was, for some reason, necessary (like taking down a rabid dog, Atticus Finch–style). Instead, I couldn’t wait to get it out of my hands.

Looking back on it, I should have realized I’d become wary of objects that I was supposed to keep around solely for aggressive purposes. As a single woman living alone, people told me I should buy a gun. A man at a hardware store was unwilling to sell me basic tools, but kept trying to get me to buy wasp spray—which he wasn’t legally allowed to tell me could be used on human beings, but if I had to use it on one, well…

But I didn’t want a gun. And I seemed as likely to shoot the wasp spray at myself as at a—well, what? A Funny Games–style home invasion team? A homeless person I somehow mistook for a threat? I did want a hammer, and needle-nose pliers, and a screwdriver or two. But the hardware store clerk kept asking: “What do you want tools for? What do you need tools for?” But what I wanted wasp spray for—or should want it for—was, to him, self-evident. I needed to keep it around to use on human beings. (My protestations that I did not have a wasp problem mostly seemed to prove I was stupid, which I suppose I was pretending to be.)

However, his question has proved to be a kind of gift. “What do we want this tool for?” is one question that, when applied to guns, isn’t always easy to answer. Owning a hammer means you might anticipate tacking down a floorboard or hanging a picture. A screwdriver is a tool you keep around for a variety of purposes, some wholly predictable, some unpredictable. Owning a screwdriver means you anticipate interacting with screws from time to time. A gun is a tool that anticipates something else entirely. It’s meant to kill something.

Sometimes, that something is clearly defined. A person who keeps guns around to go hunting knows why they’re there. And hunting itself isn’t simply spree-killing wild animals; when you can go hunting is carefully regulated, certain animals are off-limits, and obligations to the animal—like a clean death—are enforced. In imbuing guns with a clear purpose, hunting also gives them an ethical framework.

But the United States is full of guns—including not only those owned by private individuals, but also the police—that have no purpose at all except to be used, one day or another, on human beings. How or why or when they will be used is almost impossible to answer. When they are, the only ethical guide available to consult at that moment is the user’s fear. If you’re sufficiently afraid, you can shoot a woman through the door. If you’re sufficiently afraid, you can shoot a man at a traffic stop for no reason at all, or a child who is doing nothing but playing outside.

The history of gun control is itself frequently racist, and any attempt to more tightly regulate and limit the purchase of guns will have to address this fact.
sharetweet

And if you are sufficiently alienated, you can pick up one of these supposed tools of self-protection that you’ve collected and use it until you feel better, leaving seventeen children dead behind you. But look—that’s why you had it in the first place.

Of course I don’t have any solutions. That we’ve obscured the purpose of guns to ourselves seems clear enough; that the solution will not finally depend upon a proper philosophy of guns also seems obvious. The scope of our gun problem is vast—and complicated. The history of gun control is itself frequently racist, and any attempt to more tightly regulate and limit the purchase of guns will have to address this fact.

But that guns transform the people who own them still seems significant. Ta-Nehisi Coates, in a 2012 conversation, explained why he didn’t own a gun thusly: “It is not enough to have a gun, anymore than it's enough to have a baby. It's a responsibility. I would have to orient myself to that fact.” But we aren’t, as individuals or as a culture, oriented to that fact ourselves. Guns are just something we get to have and to use, and we don’t have to justify that to anyone. They’re ours by right. But what is the accompanying obligation?

I didn’t buy a tool to defend myself because I knew it would make me afraid—not that it would admit fear, but that it would transform the world around me into a world of potential threats. And while in fact I’ve had my share of low-level ugly encounters walking around my neighborhood—from nasty comments to someone blocking my way across the street with his car—I never wished that I had a can of wasp spray sitting in my pocket. If I had to say what I wished, it would be for the people who made it their business to intimidate me to see me as a person, too.

But if I had come to meet them armed, I would not have seen them as people either. They would have been unreal targets of potential violence—mine. And all I really know is that price is too high to pay.