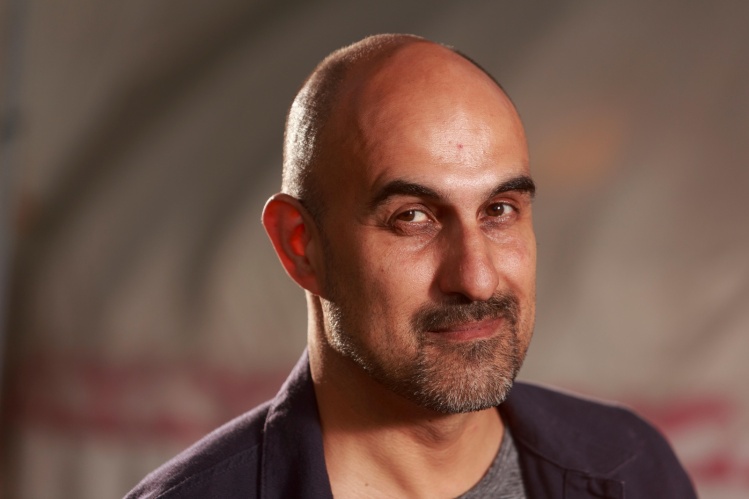 Whatever happened to postmodernism? Once, it looked like the future of fiction. The first wave of postmodern novelists in the 1970s, like Thomas Pynchon and Don DeLillo, were brilliant, but could run cold. Their heirs in the 1990s produced dense novels that diagrammed the world’s vast systems while also portraying the living, breathing humans caught within them. David Foster Wallace and Jonathan Franzen stood at the forefront of this movement; others included Mark Leyner, Rick Moody, and a young George Saunders. These names were everywhere, and their descendants, one assumed, would be legion. That has not been the case.

It’s not hard to understand why. Every writer mentioned in the paragraph above is a straight white male, and the postmodern novel is often regarded as a form by and for that demographic. There is some accuracy to this observation: most survey courses in postmodern fiction tend to skew pale and male. But this fact can prevent people from recognizing the possibilities of postmodern fiction’s future. A number of writers today, emerging as well as established, are grappling with the influence of postmodernism. But none of them are white men, and so this influence often remains unnoticed. “All postmodern writers are white men; therefore, writers who are not white men cannot be postmodern,” the reasoning, such as it is, seems to go.

Dana Spiotta and Rachel Kushner, mid-career writers, extend the postmodern obsession with systems and secrets into the experiences of women. Spiotta’s Innocents and Others is the story of two women, both filmmakers, in a push-pull friendship of ambition and jealousy. Kushner’s The Mars Room depicts a women’s prison not unlike the way Wallace’s Infinite Jest depicts a tennis academy: as a microcosm of control and coercion, shaping every aspect of its occupants’ lives. Non-white novelists are looking to the postmodern playbook as well. Call Me Zebra by Iranian-American Azareen Van Der Vliet Oloomi is a riotous labyrinth of literary allusions about a young woman fleeing war-torn Iran, while the Korean-American Tracy O’Neill’s The Quotients describes the finance and surveillance industries with the obsessive questing of early DeLillo. It turns out that an era of systemic failure is well-suited for the postmodern-systems novel.

Chief among these contemporary inheritors of postmodernism is Hari Kunzru. Born in London to an Indian father and a British mother, and now living in the United States, Kunzru has been writing novels for almost twenty years, mixing and matching literary techniques with genre conventions. In 2017, he published White Tears, one of the finest novels of the decade. The novel follows Seth, an audio engineer in Brooklyn who produces records for hipster musicians looking to capture an authentic vintage sound—with “authentic” referring to blues music performed by Black artists in the early twentieth century. Seth is walking around Brooklyn one day, recording street sounds for his audio library, when he inadvertently records a busker performing a blues song. Seth can’t remember hearing the song, but there it is, on the recording. Tracing the origins of the song leads Seth into a nightmarish journey of murder, ghosts, cultural appropriation, and the prison-industrial complex.

A number of writers today are grappling with the influence of postmodernism. But none of them are white men, and so this influence often remains unnoticed.
sharetweet

White Tears deployed two major tropes of postmodern fiction: the Quest and the System. The Quest harks back to the medieval “Grail” legends, while the System embodies the alienating institutions of late capitalism. Postmodern fiction is born from this fusion of traditional tropes with modern life. Think of Gravity’s Rainbow, where different factions try to capture the Rocket from an industrialized military system that has ruined Europe; or DeLillo’s Running Dog, where a rumored sex tape of Hitler draws the attention of politicians and mercenaries; or Infinite Jest, the most famous example, where the titular movie is so entertaining that viewers watch it until they die. Kunzru uses these devices in White Tears—old blues song serving as Grail, the legacy of slavery as System—to tell an affecting, disturbing story perfectly attuned to the present moment.

The unnamed narrator of Red Pill is struggling to write a new book after his previous effort achieved modest success. Thankfully, he receives a three-month fellowship from the Deuter Center in Berlin, an institute where writers, artists, and thinkers gather to pursue their own projects and rub elbows with fellow geniuses. Once there, however, the narrator finds writing impossible. Rather than cozy, quiet cubicles of their own, guests are expected to work in an open-plan office, like drones at a startup. The narrator can’t work under these conditions; he instead divides his time between walking around Lake Wannsee, passing a monument to the doomed writer Heinrich Von Kleist, and streaming a television show called Blue Lives in his room. Blue Lives is one of those ultraviolent shows about cops bending the rules to keep evil at bay. The narrator becomes obsessed with the show, especially when characters break the fourth wall and say things like “there is no instant of time when one creature is not being devoured by another.” At one point, for a change of pace, the narrator decides to do actual research, and discovers that this is a quote from Joseph-Marie, comte de Maistre—a reactionary philosopher who held that monarchy was the only viable form of government and that the French Revolution was a tragic mistake that plunged society into chaos.

After a hundred pages of this Continental stasis, the narrator goes to a party, an awareness-raising event where models dress like refugees and the cultural elite make dinner plans. There he meets none other than Gary “Anton” Bridgeman, the creator of Blue Lives. Anton brushes off the narrator’s attempt to ascribe any larger meaning to the random quotations from reactionary philosophers. But the narrator is convinced Anton has a plan to “red pill” the show’s viewers, convincing them to give up their freedoms in exchange for protection from a fascist police state.

The narrator is the archetypal hero of the postmodern quest narrative. Like Tyrone Slothrop and Hal Incandenza before him, he is a paranoiac convinced that he’s discovered a hidden code beneath the surface of everyday life, and is trying to unmask it. Everyone in his life naturally thinks he’s lost the plot. But the reader can see what’s coming. Red Pill takes place during the months leading up the 2016 election, a recent event that, just a few years later, somehow feels ancient. The message boards and spam accounts that the narrator pores over, searching for evidence of Anton’s nefarious influence, are the very forces that will go on to meme Trump into the White House. For paranoiacs, nothing is worse than being proved right.

Red Pill grapples with a maddening question: How to write postmodern fiction about a world gone postmodern? In Infinite Jest, the president of a dystopian United States was Johnny Gently, former Vegas crooner, given to using “boss” as his preferred adjective to describe the state of the economy. That was funny in the nineties, but hardly elicits a chuckle today. Kunzru’s approach involves foregrounding the postmodern present with a wealth of historical precedents, from West Germany to eighteenth-century Romanticism. The United States, Kunzru says, is not as unique as it thinks. Historical forces are now catching up with it. It is precisely the kind of insight that a postmodern novelist positioned outside the genre’s white male canon is especially well-suited to offer.