The Paradox of Proliferation 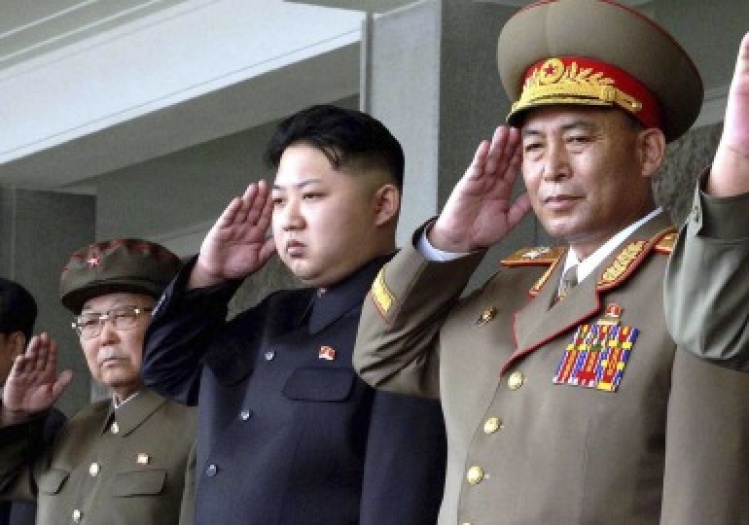 No one was surprised when North Korea’s new supreme leader threatened to use nuclear weapons against the United States—it’s hardly news when North Korea rattles its saber—but Kim Jong-un’s belligerent rhetoric goes further than his predecessor’s. He remains an unknown, unpredictable figure. Perhaps he’s acting out of youthful inexperience, or maybe he believes he must demonstrate “credibility” to the Pyongyang military and to the government he leads. Whatever the case, he has been making the world nervous.

Kim Jong-un’s gestures follow a series of North Korean missile and nuclear tests (some of them failures) over the past decade and a half. The latest missile test was of a vehicle implausibly touted as capable of reaching the continental United States. There seems little question that the weapon could reach Taiwan, Japan, and some U.S. bases in the Pacific, but Western arms specialists doubt it could do so carrying a nuclear warhead. That’s why many people in Western military circles take these new threats as another bluff, intended to extract concessions from South Korea and the United States.

After all, that has worked before. In 1998, North Korea demonstrated the ability to launch a satellite, and two years later Secretary of State Madeleine Albright visited Pyongyang, a meeting that accomplished little more than elevating North Korea’s diplomatic status. The country raised its status further when it successfully tested nuclear devices in 2006, 2009, and February of this year.

It’s been assumed that those devices were not weapons, which are far more sophisticated than test explosives. But in March the Pyongyang government pronounced itself a “nuclear power,” and Kim Jong-un announced to the Central Committee of the Korean Workers Party that nuclear weapons were “a treasure” he would not trade for any Western concession—nor would he renounce them in any disarmament agreement.

The youth and inexperience of Kim Jong-un are concerns not only to Seoul, Beijing, and Washington but also to older members of his government, representing the generation of his father, Kim Jong-il (ca. 1941–2011). There has been Western speculation that North Korea’s military, as well as members of the young Kim’s family, consider their “dear leader” irresponsible—and replaceable.

Even if Kim Jong-un were so deranged as to order an attack on one of North Korea’s enemies, that doesn’t mean the order would be carried out. One man is powerless to launch such an attack. It would require the collaboration of hundreds of people in the military, and political echelons of the government that shared or were compelled to accept his delusions. A government does not launch a nuclear attack without the collaboration of political, technical, and military personnel; a president’s or supreme leader’s whim is not enough. Such an attack would be sure to result in equivalent retaliation.

Nuclear weapons have no real utility to a state like North Korea other than as deterrence of attack or invasion. The threat of their successful development is a propaganda asset, whether valid or not. A North Korean attack on the United States, Taiwan, or South Korea would either provoke an immediate overturn of the North Korean regime or a devastating counterattack. The significance of nuclear weapons is primarily political and symbolic. They have no real value except within the circumstances of some great war whose principal actors intend the extinction of their enemy at the cost of their own existence. We have yet to encounter such a situation.

Short of that, the possible consequences of a nuclear attack are of such scope and unpredictability that all the actors in such an affair have weighty reasons to draw back from any step likely to precipitate that kind of crisis. Because nuclear weapons, in practical political and strategic terms, are unusable power, they illustrate the paradox of proliferation. The world in which every nation has nuclear weapons is in theory safe from nuclear war, although it is not safe from conventional attack.

American nonproliferation policy has always been to maintain an American quasi-monopoly on nuclear weapons. The UN Security Council was initially composed of the winners of World War II, and it was tacitly (if reluctantly) accepted in Washington that all its major allies either initially possessed the capacity to make such weapons (the United States and Britain) or the determination to do so, in order to reinforce their position as leading powers. So Russia, France, and China could not legitimately be denied nuclear military power. (Israel was given the nuclear weapon by Fourth Republic France, with U.S. connivance.)

Since that time, U.S. policy has been to prevent others from joining the circle of nuclear powers. In practice, American policymakers have been compelled to draw an arbitrary line between those countries that already have nuclear weapons, for better or for worse (including two who forced their way in: India and Pakistan), and those who still strive for membership in the club. Iran belongs to the latter category; it wants to keep the United States from controlling its sovereign interests.

Nothing is inconceivable, of course, but many conceivable things are impossible. The world’s fate may be decided by suicidal madmen. In that case, nothing can be done about it, and we must say our prayers. But serious people do not waste time making policy to deal with the impossible. They make policy for the inevitable, such as nuclear proliferation. The United States can’t prevent it forever. Managing that process over the long term will require a truly international effort.