Out of One, Many?

'The Twilight of the American Enlightenment'
By Andrew J. Bacevich
Books 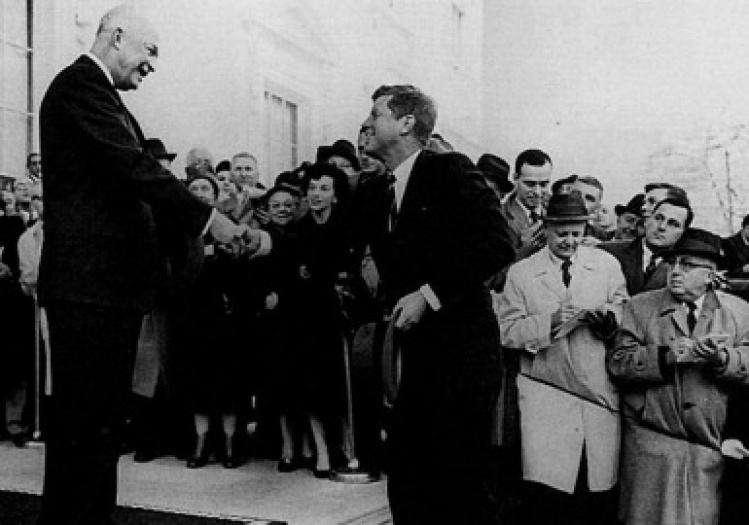 Nostalgia, faint but unmistakable, permeates the pages of this book like the aroma of cinnamon in Grandma’s kitchen. Yet Catholic readers of a certain age may catch a whiff of something different and less welcoming.

George Marsden’s chosen subject is the Protestant Establishment and what happened when it went away. For younger readers, regardless of their religious persuasion, the mere phrase “Protestant Establishment” possesses about as much salience as “dial telephone” or “slide rule.” Persuading them that such things once really mattered poses a challenge. In The Twilight of the American Enlightenment, Marsden, a distinguished historian now retired from teaching at Notre Dame, takes up that challenge.

As Marsden reminds us, the Protestant Establishment dominated American politics and intellectual life from the founding of the Anglo-American colonies until midway through the twentieth century. Then, in the course of a decade or two, its authority collapsed, carrying with it the consensus once said to define the “American character.” Matters haven’t been the same since.

Through World War II, Marsden writes, “The United States had been shaped by an alliance between enlightenment rationality and Protestant religion.” From the era of George Washington to the age of Franklin Roosevelt, that is, mainstream (predominantly northern and largely white) Protestant denominations—Episcopalian, Congregational, Presbyterian, and the like—had affirmed and sustained the propositions laid down in foundational documents such as the Declaration of Independence and the Constitution.

Throughout this era, the God in whom Americans trusted was the God of Jonathan Edwards and Cotton Mather, not the God of Sunday Mass or Friday evening Shabbat services. A Protestant outlook defined the way that Americans conceived of and exercised freedom, that outlook meshing nicely with the needs of a nation engaged in a massive project of frenetic and sometimes brutal expansion, both territorial and economic. Long before baseball became the de facto national pastime, Protestantism had become the de facto national religion. In primary school, children saluted the flag, recited the Lord’s Prayer, read the Bible, and sang “The Battle Hymn of the Republic”—that’s how they learned what it meant to be an American.

Soon after World War II, however, a rising generation of intellectuals, some Protestant, many Jewish, very few of them Catholic, set out to dispense with this arrangement. With a few notable exceptions, theirs was a predominantly secular perspective. They were modernists, decidedly ambivalent about the conformity and consumerism that they saw as defining characteristics of postwar America. “A society obsessed with consumption,” Hannah Arendt remarked, “cannot at the same time be cultured or produce a culture.” What America desperately needed, according to the postwar intelligentsia, was less conformity and a higher cultural standard.

Their antidote was to reframe freedom in terms of individual autonomy, thereby resisting the stultifying demands of masscult and midcult. “To be autonomous,” they believed, “meant to be an authentic, self-determining, and self-fulfilled person who could transcend the conventions of one’s society.” These “cutting-edge liberal intellectuals,” Marsden writes, “viewed themselves as the true guardians of the Western heritage.” Yet a necessary first step toward preserving that heritage, they insisted, was to discard religiously imposed constraint.

For their part, influential advocates of religion unwittingly aided this effort. During the 1950s, opponents of godless Communism such as the publisher Henry Luce were eager to add religious freedom to the arsenal of weapons available for waging the Cold War. Yet doing so meant downplaying sectarian differences, yielding a watered-down faith that rejected atheism without actually standing for much of anything. The price of admitting Jews and Catholics to this “generically Christian/American religion,” according to Marsden, was to create a faux religious tradition “too problematic to long endure as a substantial part of American public life.”

With the coming of the 1960s, a new definition of freedom took America by storm, with the remnants of the Protestant Establishment swept aside as collateral damage. The results, however, did not accord with either the expectations of cutting-edge intellectuals or the requirements of pious Cold Warriors.

Individual autonomy combined with an inflated confidence in the problem-solving capacity of science underwrote license and a “culture of narcissism.” (Marsden cites Christopher Lasch approvingly). To be free was to “leave the petty constraints of one’s community of origin and become a law unto oneself.” For growing numbers of Americans, “individual development, individuality, and self-fulfillment” now emerged as “preeminent goals.” Life became indistinguishable from lifestyle, its meaning revealed “not by looking to tradition or to community, either past or present, but by looking within.”

Yet as Marsden notes, this do-your-own-thing definition of freedom proved considerably less liberating than advertised “because it also had to serve the needs of bureaucratic capitalism.” In effect, autonomy gave birth to a new, more insistent conformity. (“Shoes Are Boring. Wear Sneakers,” orders a recent ad campaign by Converse. Imagining that they are flouting convention, the young comply.) As for culture: In retrospect, the waning days of the Protestant ascendency, which included the odd Catholic among the Jews and blacks dominating the nation’s literary and artistic scene, don’t look so bad after all.

Meanwhile, religion, seen in smart circles as “wholly optional and dispensable,” was becoming privatized. Except in a purely ceremonial sense (“God bless the troops and God bless the United States of America”), the “sacred canopy” that had long helped legitimize a way of life more profane than sacred became redundant. Its dismantlement went largely unnoticed and unlamented.

Granted, a country now sensitive to questions of pluralism that the old Protestant Establishment had disdained accommodated itself to an increasingly broad range of religious perspectives. Yet if “diverse religious voices were to be tolerated,” Marsden observes, that did not imply any inclination to treat seriously what those voices had to say. God talk became a form of Muzak.

By the 1970s, these trends produced a backlash, expressing itself in the rise of a faith-based movement intent on reestablishing the political preeminence of that old-time religion. Marsden views this religious right with dismay, troubled by the Manichean view of its adherents who are persuaded that the choice facing America is “simply between a return to Christianity or a takeover by secular humanism and eventually authoritarianism.” Either/or: no middle ground.

Marsden insists that there ought to be a middle ground—a way to affirm the pluralism permitted by the demise of the Protestant Establishment while also allowing religious perspectives to gain a hearing in the public sphere. Citing the works of Abraham Kuyper, an early-twentieth-century Dutch journalist-theologian-politician, Marsden advocates what he calls “confessional pluralism” or “principled pluralism.” What these terms mean in practice is that debates over first-order questions should welcome views offered from all kinds of religious perspectives, with no one laughed at or shouted down. Laying down a dictum of sorts, Marsden decries any “assumption that outlooks reflecting trust in religious authority are second-class outlooks.”

Perhaps that approach worked (for a while) in the Netherlands. Given the current state of American culture and politics, it’s not at all clear that it will work in the United States. Indeed, one wonders whether Marsden himself takes seriously the likelihood of ideas associated with an obscure Dutchman, long deceased, restoring religion to a place of esteem in the American public square. Wouldn’t Americans be more likely to respond to a religious figure—Martin Luther King Jr., for example—with whom they could more easily identify?

King would no doubt endorse pluralism, a fancy word for tolerance and respect. Yet one could imagine him going a step further to insist on a reexamination of freedom itself. While the Protestant Establishment reigned supreme, the operative definition of that term was insufficiently inclusive. In our own day, it has become inclusive but nihilistic. That’s the piece that a people ostensibly devoted to freedom have yet to get right.