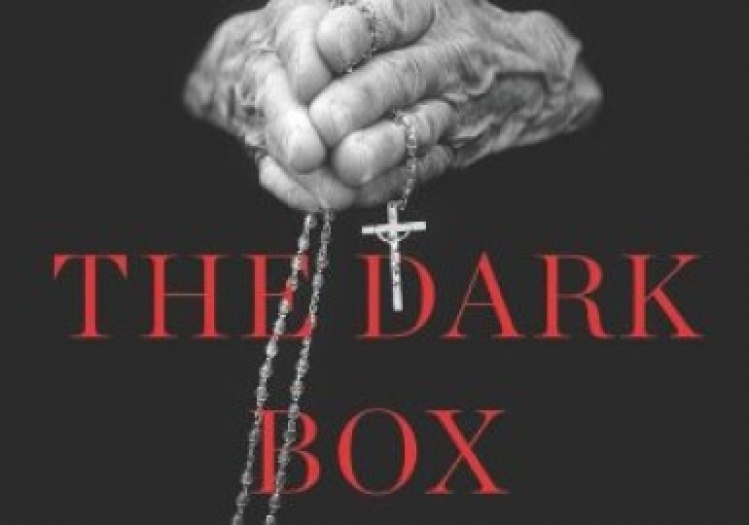 In the late 1950s, John Cornwell—then an adolescent seminarian in the Archdiocese of Birmingham, England—was sexually propositioned during confession by a personable member of the seminary faculty. The man, evidently a serial offender, was abruptly removed from the faculty one year later and reassigned as chaplain to a residential school for boys. (Yes, I know—the chancery’s thinking beggars belief.) Cornwell himself eventually left the seminary and subsequently the church, to which he later returned, albeit on his own terms. “To this day I remain circumspect,” he tells us.

I lead with these biographical details for a reason: one can’t make sense of this strange book without them. The Dark Box is so suffused with anger that its author, for all his intelligence, is seldom capable of balanced historical analysis—a capacity especially required when writing about so private and variously experienced an institution as confession. The reviewer thus finds herself in a bit of a pickle. Cornwell’s anger is righteous and one wants to honor it, particularly in light of the sexual-abuse scandals that clearly helped to give rise to the book. But bad history is bad history, even when fueled by emotions with which one sympathizes.

Part 1 of The Dark Box, which runs to a startlingly brief seventy-five pages, traces the history of confession from the early church to the dawn of the twentieth century. Cornwell’s footnotes indicate familiarity with the relevant scholarly literature and his overview is for the most part accurate, at least with regard to the basics. Originally a public and once-in-a-lifetime manifestation of sorrow for the gravest of sins—Christians prayed to be spared this experience—confession gradually evolved into a private ritual, one that was meant to be repeated many times over. This happened first in monastic settings and then, as monks traveled for missionary purposes, spread more widely. How frequently Christians confessed in the early Middle Ages is almost impossible to know; many may not have confessed at all or may have received what was now regarded as a sacrament only on their deathbeds. Such appears to have been the assumption of Pope Innocent III, who prompted the Fourth Lateran Council in 1215 to require that every Christian confess and receive Communion at least once a year.

Given its ubiquity and private nature, it is hardly surprising that confession spawned a certain amount of abuse. With sexual sins prominent in confessors’ manuals and invariably categorized as grave, many penitents approached the sacrament in a perceived state of mortal sin. Ill-educated or otherwise deficient clerics might do psychological damage to the fearful or debase the sacrament by selling absolution. Confessors sometimes solicited sex, as the records of ecclesiastical courts attest. Abuses like these, along with serious doubts about the scriptural warrant for the sacrament and the theology on which it rested, did much to fuel the Protestant Reformation. Luther famously likened confession to rape. At the same time, he tried—ultimately in vain—to retain confession in modified, nonsacramental form as a mode of spiritual discipline.

Confession was about more than abuse, as Luther’s ill-fated effort obliquely attests. It could indeed be an aid to spiritual growth, especially for those in monastic settings. It could console and encourage penitents, just as it could inflict humiliation and terror. One cannot otherwise explain—not without defaming the laity—why reception of the sacrament became increasingly frequent in the post-Reformation centuries or why a confessor like the Curé d’Ars was popularly regarded as a saint by legions of the faithful. (In 1859, the last year of the Curé’s life, some ninety thousand pilgrims visited his parish.) But Cornwell will have none of it. His historical chapters dwell almost obsessively on sexual abuse by confessors—the abuse of adults, as he makes a point of emphasizing—and all else is pushed to the margins. Even Charles Borromeo, that stalwart reformer, emerges as something of an enabler. He may have introduced the confessional box into his diocese in the sixteenth century to protect the privacy and bodily integrity of the penitent. But those dark boxes, Cornwell argues, did not preclude and may actually have promoted sexual lapses on the part of the clergy. “Many married women, suffering from domestic and marital frustrations, became addicted to the atmosphere of crepuscular intimacy. Confessors, for their own reasons and circumstances, were equally vulnerable.” And so it goes. By the time he gets to the nineteenth century, Cornwell is invoking such anti-Catholic screeds as The Awful Disclosures of Maria Monk.

Part 2, which runs from 1903 until the Second Vatican Council, is the heart of Cornwell’s book. Pope Pius X (1903–14) is the villain of the piece—the man allegedly responsible, both directly and indirectly, for the abuse of countless Catholic children. The argument is as complicated as it is eccentric. By instigating the antimodernist crusade, Cornwell claims, Pius reduced the Catholic clergy to a state of moral schizophrenia, bound by oath to give mental assent to whatever Rome required while stifling the voice of conscience. “The moral schizophrenia involved helps to explain, in part at least, the states of mind discovered in priestly child sex offenders, who would attack children one day, and say Mass the next.” By encouraging frequent Communion and lowering the age of first Communion to seven, moreover, Pius is said to have condemned young children to years of psychological trauma and made them more readily available to the predations of pedophile priests. “The two forms of confessional terrorism are inextricably related, and the boundaries between the two are often indistinct.”

A TRULY AUDACIOUS argument can have at least momentary power. Surely an author of Cornwell’s stature would not make such extravagant claims without being able to back them up? But Cornwell offers precious little in the way of evidence. He relies most heavily on the roughly three hundred responses he received after publishing an article on confession in the Tablet in 2012. Not all of these letters, which came mainly from Catholics in Ireland and England, recounted negative experiences in “the dark box,” as Cornwell concedes. He nonetheless deploys these letters as proof of his wildest assertions. (Some of the letters do indeed relate genuinely horrific experiences, but many more appear to have centered on the garden-variety agony of confessing adolescent sexual lapses, especially masturbation.) He pulls the most egregious examples of clerical sexual abuse from the John Jay report and its Irish counterpart, linking these to confession on the grounds that confessions were frequently heard, beginning in the late 1950s, outside “the box.” Thus abuse in a rectory or at a priest’s summer house might well have occurred in the context of confession. He refers periodically to “interviews”—otherwise unspecified—that support his darkest conclusions. Most disturbingly, he insinuates throughout that readers who doubt his argument are themselves part of the problem, unwitting enablers of the clerical predators still lurking among us.

I do not doubt that confession could be a traumatic experience for the young, though I suspect that adolescents rather than prepubescent children have had the worst of it. Nor do I deny that his role as confessor gave the priest great psychological power. Predatory priests could and did groom their victims in confession and sexual abuse did sometimes occur in that context. Cornwell’s anger, in short, is more than justified. But his argument is deeply flawed. It assumes, for one thing, that clerical abuse of prepubescent children is largely a twentieth-century problem, which I seriously doubt. He offers no evidence in this regard, nor does he consider that the sexual abuse of adolescents might have been read in earlier centuries as the abuse of persons who were for all practical purposes adults. His argument also ignores some inconvenient truths. According to the John Jay report, the ordination classes of the 1970s had the largest percentages of credibly accused abusers, a finding echoed by similar reports elsewhere. Since these priests, unlike their twentieth-century predecessors, were ordained without taking the oath prescribed by Pius X, the high percentage of offenders among them would seem to contradict an important element in Cornwell’s argument. We hear almost nothing in this book, moreover, from or about nonabusive clergy and their experience as confessors. If moral theology textbooks as late as the 1950s were rigidly legalistic, the preconciliar literature on confession was markedly pastoral. According to George Kelly’s 1951 The Good Confessor, an extremely popular handbook, the priest should put the penitent at ease, question as unobtrusively as possible, offer words of encouragement, and always give the penitent the benefit of the doubt. Advice like this is also part of the sacrament’s complex history.

Part 3 of Cornwell’s book is a rather disjointed meditation on the status of confession since the council. He is gratified by the collapse of the sacrament, at least in its previous mode. Few Catholics in the industrialized countries still confess with old-style regularity and children’s confessions these days are gentle, even jovial, affairs. Taking their cue from the adults around them, many children appear to assume that they will confess in the future rarely if at all. Cornwell correctly attributes these developments to the ever-widening gulf between lay Catholic views on sex and the teaching of the magisterium, along with a heightened awareness of the communal dimensions of sin. He applauds the laity’s new-found autonomy. But moral autonomy is a lonely business and the laity, he maintains, are spiritually hungry. Why else were communal penance services so popular in the brief years of their flourishing, when general absolution was frequently given? To deny this form of the sacrament to the faithful, as John Paul II did in 1984, was thus in Cornwell’s view an act of unwitting cruelty. “Sacramental confession has the potential capacity to administer knowledge of the whole of one’s spiritual life, past, present, and future, in relation to one’s faith community and in relation to God.”

The eloquent closing pages of Cornwell’s book, where he speaks of what might be, are a fitting conclusion to this Catholic jeremiad. The story has a moral, one premised on values many readers of Commonweal would endorse. Most of us sense that something is grievously wrong in our church. But given the knottiness of the human condition, fierce moralists are apt to be poor historians. A historian by profession, I would not want a book like Cornwell’s to my credit. I envy him, though, for having managed to vent the anger many of us share. I am still choking on mine.