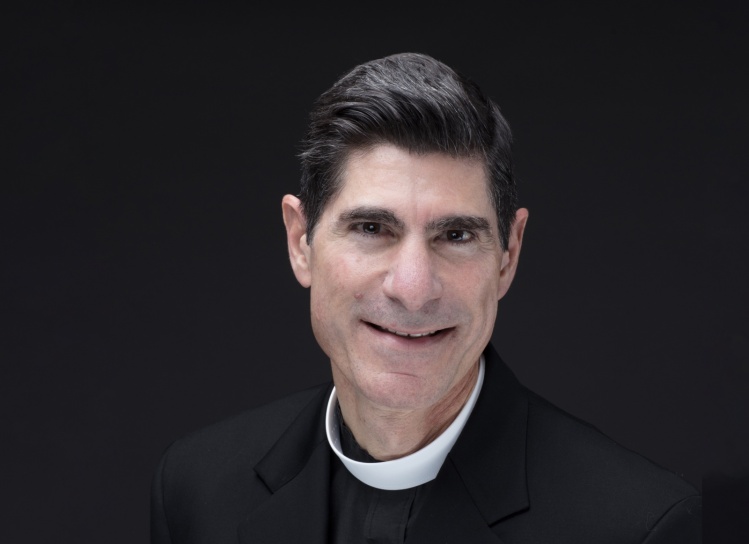 Mark McIntosh, who died in October 2021 of ALS at the age of sixty-one, was an Episcopal priest and a remarkable theologian. He held the inaugural professorship in Christian Spirituality at Loyola University Chicago. I never met McIntosh, but, as a reader of his work on Christian mystical theology, I have long felt a personal kinship with him.

McIntosh received his PhD from the University of Chicago, where he studied under David Tracy and Bernard McGinn (both well known to Commonweal readers), and wrote his doctoral dissertation on Hans Urs von Balthasar. Among his writings, three deserve special mention. Mystical Theology: The Integrity of Spirituality and Theology shows the continuing influence of von Balthasar, but also the emergence of McIntosh’s own distinctive voice. Discernment and Truth: The Spirituality and Theology of Knowledge explores the theological foundations of spiritual discernment and the transformative exigencies entailed by its truthful practice. Mysteries of Faith, addressed to a non-specialized audience, is a gem of direct communication rich in theological and spiritual insight.

The topic of his last book, The Divine Ideas, might appear to be more recondite, yet it was written while the author contended with growing physical paralysis and with an acute sense of the global threats posed by climate disruption, the pandemic, and misinformation. For McIntosh, immersion in the theological tradition concerning the “divine ideas” was not merely an academic exercise, but a matter of burning actuality.

Mystical theology as McIntosh understands it is not a branch or sub-division of theology, but rather a way of doing theology that keeps the inseparable connection of theology and spirituality front and center. It presents the mysteries of the faith as realities into which we are invited to enter rather than just ideas we are able to entertain. For this reason, prayer and liturgy are part of the practice of mystical theology. In the words of the fourth-century mystical theologian Evagrius Ponticus: the one who is a theologian prays and the one who prays is a theologian. Mystical theology is therefore not the investigation of extraordinary physical and psychic phenomena, but the cultivation, in mature Christian life, of a contemplative consciousness of the enlivening presence of God.

In The Divine Ideas, McIntosh marshals an array of Christian thinkers—from Origen and Augustine, through Maximus the Confessor and John Scotus Eriugena, to Aquinas and Bonaventure—who engaged with and transformed the Platonic philosophical tradition. For Platonists, the divine ideas constitute the permanent formal structures governing reality, of which the physical universe is only a derivative and passing reflection. Ideas, such as that of the Good and of Justice, are the ultimate measure of their shadowy earthly instantiations. Christian theologians, impelled by divine revelation, transformed this Platonic conception in two ways. Inspired by the doctrine of the Trinity, they viewed the Ideas not as subsistent realities, but as intrinsic to divine knowing itself. Indeed, the very generation of the Word from the Father includes the archetypal “ideas” of all that God will create. “All things were made through the Word, and without him was not anything made that was made” (John 1:3). And because “the Word became flesh and dwelt among us” (John 1:14), the physical universe and bodily reality assume a unique dignity and luster. Rather than being depreciated as pale imitations of a far nobler reality, they became sacramental signifiers of an eternal truth and beauty. Here is how McIntosh recapitulates the Trinitarian and Christological revolution these theologians accomplished.

The divine ideas teaching holds that the ideas of all creatures exist within the one eternal Idea that God has of Godself, namely within the eternal Word of God—and, conversely, that the one eternal Word who speaks the truth of every creature exists immanently within all creatures…. This means also that the incarnate Word, Jesus of Nazareth, bears within himself the deep truth of every creature.

This is the complex fundamental theme that this book develops in a series of variations. McIntosh holds that the divine-ideas tradition generates a “contemplative momentum.” The same thing could be said of his book, which explores ever more ample vistas. Let me sketch a few of these.

In Christ the transcendent dignity of every human being stands revealed.
sharetweet

First, the book—and the tradition it retrieves—has a profound sense of the ongoing agency of the Blessed Trinity. It affirms not a deistic Supreme Being who withdraws into Olympian isolation, but the Triune God who creates now, forever speaking a life-giving Word and breathing forth the Spirit upon a beloved creation.

Second, a Christological grammar governs the Christian appropriation of the divine-ideas teaching. The teaching is employed to elucidate the striking New Testament confession that Christ is “the image of the invisible God, the first-born of all creation” and that “in him all things hold together” (Col 1:15, 17). McIntosh writes that “God in Christ acts to restore the creation precisely by reuniting creatures with the knowledge of their true identity as it has always been known and loved in the eternal Word.” In Christ the transcendent dignity of every human being stands revealed. He or she is a concrete expression of God’s love, with a unique value and a distinct calling.

Third, the material creation exhibits “a real depth of intelligibility” as the fruit of God’s knowing and loving. Creation’s very being is sacramental. A richness of meaning lies embodied in the “ordinary.” “Charged with the grandeur of God,” creatures, both animate and inanimate, cry out, in Gerard Manley Hopkins’s words, “What I do is me: for that I came.” McIntosh writes that for the divine-ideas tradition “the whole creation exists as a continuous event of communication and indeed communion—whose source is the eternal self-communication of the Trinity and whose goal is the fulfillment of creatures as they come more perfectly to share in this divine communion.”

The perfected embodiment of this divine communication and communion is the resurrection of Jesus Christ. The “first-born of all creation” becomes the “first-born from the dead” (Colossians 1:18), bringing creation home to its source. Here, as in his other books, McIntosh shows a deep sense of the human plight and of our need for redemption. The divine ideas are luminous guides and goals, but they also bring into relief the illusions and addictions that are roadblocks to wisdom. Made for glory, we too often settle for fool’s gold.

The death from which Christ saves us is far more than physical death. It is the very corroding of God’s image in us through fantasies of self-aggrandizement and hatred. These distortions of the generative divine ideas wreak havoc not only on individuals, but also on the whole human community and the rest of material creation. Sin falsifies divine communication and erects obstacles to the communion God desires. At its deepest, sin is refusal of Incarnation. For, in a sentence from Maximus the Confessor that McIntosh relishes, “the Word always and in all things desires to realize the mystery of his embodiment.”

With the resurrection of Christ, God’s life-giving Word stands fully revealed. Christians are those whose converted consciousness perceives the fulfillment of God’s plan in the risen Christ and whose conduct seeks to further the restoration of all things in him. Immersed in Christ’s paschal mystery in baptism and nourished by the Eucharist, Christians are led “into a new communion with the divine ideas…a new perception of all reality from within the eternal divine knowing and loving of all things.” Moreover, the divine-ideas tradition fosters the realization of the interconnectedness of all created reality. Every life is constitutively relational, each imaging to every other its Triune Creator.

Significantly, McIntosh entitles the last chapter of his book “Beatitude and the Goodness of Truth.” There he struggles to give some expression to belief in “the life of the world to come.” And, once more, his reflections are not notional, but deeply, even poignantly, personal. In his preface, he frankly confesses, “As my physical incapacities became more challenging, I often wondered about the truth of my own life and how that truth might be grounded in a deeper reality.” And at the end of his exploration of the divine-ideas tradition, he returns to the question: “What is the divine meaning inherent in our earthly struggle to fulfill the personal calling and gifts that comprise our embodied existence—especially in light of the fact that we know ourselves to be mortal, that all we have loved and sought to achieve will need to be surrendered.” With the help of that tradition he ventures a response. “The self-sharing and self-communication through which we become who we are with others are meant to be life-giving and gracious moments of fulfillment, expressing in time the eternal self-sharing generosity of the Trinity within which our exemplar truth exists imperishably.” Thus, beyond the failures, the prideful refusals of communication and spurning of communion, our hope lies in “the Incarnation and Paschal mystery of the eternal Word [who] reconnects each creature with its truth in the Word and makes possible, through the self-giving love of Jesus Christ, the consummating self-donation of the creatures to each other and ultimately to God.”

As one immersed in the writings of mystical theologians from Evagrius to Merton, McIntosh wrestles in his works with the imperative to exorcise the false ego and put on the true self renewed in Christ. His book Discernment and Truth is, at heart, a study of the liberation of the ego from its illusions and addictions to the truth and freedom of the children of God. What the present work offers is the further insight that our true Christic self is already present in God’s providential design for each of us in the Word that the Father utters from all eternity.

One might say that McIntosh has written, in this parting gift, an extended commentary upon Paul’s exclamation, “For those whom God foreknew he also predestined to be conformed to the image of his Son, in order that the Son might be first-born among many brothers and sisters” (Romans 8:29). This is the beatitude for which McIntosh longs: “As creatures are enabled in Christ to fulfill the relational nature of their identities, they are made whole again with God’s knowing and loving of their truth, their divine ideas; and this means that they are made one within the eternal event of God’s knowing of Godself in the Word, and in this way come to share in the beatitude within which the Father knows all things in the Son within the eternal joy of the Holy Spirit.” May Mark McIntosh now know fully the one who has known and chosen him, and us, “before the foundation of the world.”

Published in the May 2022 issue:
View Contents
Tags
Theology
Nonfiction