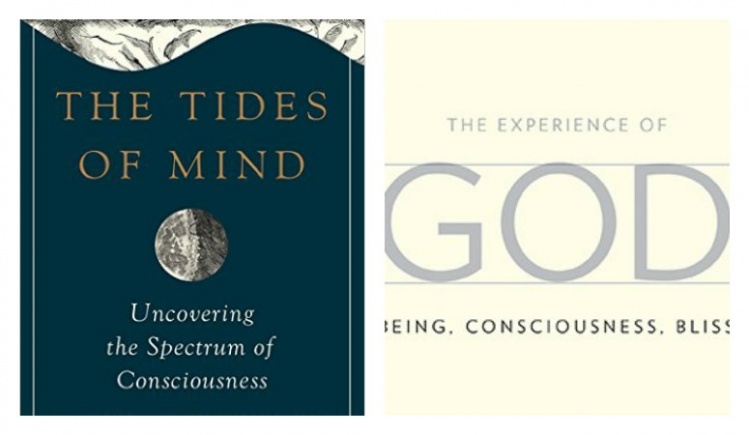 What do we mean by “God,” and how do our minds find meaning? This year I’ve been reading (and then rereading) two books that brilliantly take on these questions.

David Bentley Hart’s The Experience of God: Being, Consciousness, Bliss (Yale, $17, 376 pp.) retrieves and celebrates the classic Christian understanding of God. David Gelernter’s Tides of Mind: Uncovering the Spectrum of Consciousness (Liveright, $26.95, 320 pp.) gives us a compelling model of the human mind. Both authors attack the dogmatic materialism stunting our scientific and secular worlds. These Davids battle the philistines with intelligence, wry wit, and well-honed skills.

Hart is an Orthodox philosopher-theologian who is conversant with Eastern religious thought, as well as the history of modern science and the origins of secular atheism. He applauds science for its rational commitment to truth and skeptical inquiry, but he deplores popular atheistic claims made by “philosophically ignorant” authors. Their caricatures of the Christian God derive from secular worldviews they simply assume as given. These cry out for correction, and Hart does the job deftly. He employs rigorous logic and a caustic style to defend the actual classic monotheistic understanding of God. (His elegant prose and witty invective bring Evelyn Waugh to mind.)

Hart also grounds his arguments in everyday human experiences often overlooked. The wonder of being alive in a world that need not exist induces gratitude. The awesome powers of our consciousness induce a search for the meaning of existence. Love, beauty, joy, and bliss give evidence of a beneficent loving Creator, who is the reason there is something rather than nothing. We humans do not settle for mere utility or biological survival. We seek to know the real truth of things; we thirst for morality and justice. Hart also argues that serious seekers of the God of classic monotheistic faiths give witness to experiencing God in their own lives: those who seek, find. Hart’s exuberant writing unmasks the false pretensions of secularism, and deepens the faith of his fellow believers. One hopes it will also deepen the thinking of some nonbelievers.

David Gelernter does not discuss God or religious belief in Tides of Mind. Yet his view of the mind offers support to believers, who must fend off efforts to reduce the mind to its outward functions. Gelernter’s book affirms subjective consciousness as supremely important. Minds are not identical with physical brains; nor are they like mechanical computers. They cannot be replaced or replicated by artificial intelligence. Human consciousness involves self-awareness; it gives us a view outward to the world, but also an inward one focused on our private responses.

The dynamic mind constantly cycles through a spectrum, which ranges from wide-awake concentrated reasoning at the top to unreflective dreaming sleep and pure being at the bottom. As focused attention relaxes, memory moves from its role of supplying information to that of inducing emotions and daydreams. Near-sleep consciousness and dreaming are not governed by logic or reason but by emotions, images, and memory. According to Gelernter, midway down the spectrum of consciousness, where reason mixes with emotion and memory, the most creative activity of the mind will appear.

If Gelernter is skeptical of some of the claims made on behalf of artificial intelligence, it isn’t because he hates computers. A respected professor of computer science at Yale University, he knows and values the hard sciences but also affirms the humanities and the arts. He is a painter and has a master’s degree in Hebrew studies. Tides of Mind goes into developmental psychology, Freudian theory, phenomenology, and literature. Its impressive arguments are not confined by disciplinary boundaries, and they are mounted in non-academic language that is clear and engaging. He cites more than a hundred literary works to show how subjective consciousness works through language to convey meaning. Tolstoy, Shakespeare, Wordsworth, Jane Austen, and Proust all make repeated appearances to the reader’s delight.

Gelernter recognizes that the mind seeks and finds meaning through logical reasoning and empirical research, but also through emotions, symbols, pictures, and storytelling. He values disciplined introspection as much as scientific experimentation, and explains how reason and storytelling are similarly effective in the mind’s search for meaning. Both move from the initial encounter with a problematic stimulus through linked steps to a satisfying resolution. Gelernter’s model of consciousness as a dynamic spectrum reminds me of the Christian belief that God’s revelation is found in symbol, story, and our emotions, no less than in reason. Religious practices such as prayer, meditation, liturgy, music, and art can lift up our hearts, so that they burn with God’s love. The Spirit can reach us at any point on the mind’s spectrum—at the end of an argument or in the middle of a dream.

A Prolife Case against Bush