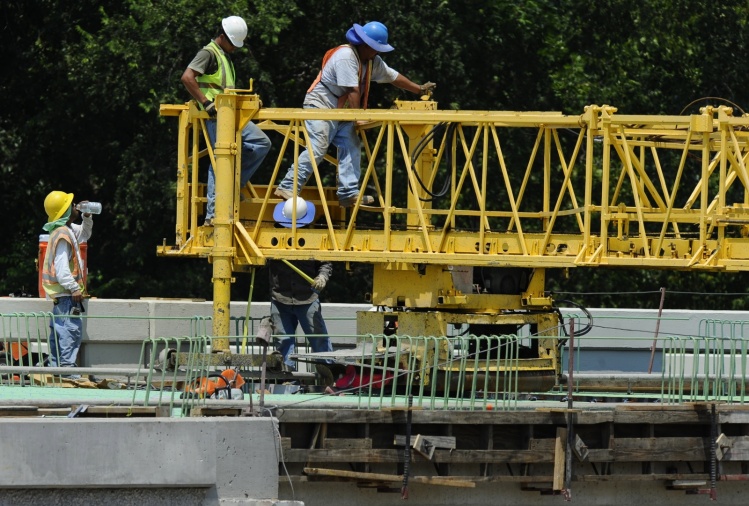 On an evening in early June, hundreds of New York subway commuters riding the F train found themselves trapped underground for more than forty-five minutes. The air conditioning was broken, the lights had been cut off, and there were few clear announcements about what was happening. “Claustrophobia, panic, and heat exhaustion began to set in for many folks,” one passenger reported on Facebook. Some started to remove their clothes to combat the heat. Others shared water with those around them. Doors were pried open to help air circulate. Eventually, another train arrived to help and slowly pushed the stalled one to the next station.

That grim scene was only the latest and most extreme in a series of recent events exposing the decrepit state of a New York City public-transportation system that is falling apart, marked by delays, overcrowding, breakdowns, power outages, and safety concerns. But most Americans, even those unacquainted with the glories of the Metropolitan Transit Authority, wouldn’t exactly be surprised: the American Society of Civil Engineers’ most recent report gave the country’s infrastructure an overall grade of D-plus, concluding that many of our bridges, dams, roads, airports, water systems, and more are on the verge of obsolescence or failure.

Which is why it was darkly fitting that New York’s subway debacle unfolded on the very day that the Trump administration kicked off its “infrastructure week,” a series of announcements and events that didn’t include an actual infrastructure plan. Trump campaigned on a supposed $1 trillion infrastructure package, and after the election his chief strategist Steve Bannon crowed that it would be “the greatest opportunity to rebuild everything. Shipyards, ironworks, get them all jacked up.” It would create millions of jobs and prove Trump was a different kind of Republican. Instead, Trump merely unveiled a promise to privatize the air-traffic-controllers system and a six-page “fact sheet” that vaguely sketches his infrastructure priorities.

Transportation Secretary Elaine Chao told reporters that the administration’s key principles are “simple and yet quite profound,” but the fact sheet actually reveals an approach that is woefully inadequate. The document calls for $200 billion in “outlays related to the infrastructure initiative,” but Rep. Peter DeFazio of Oregon, the ranking Democrat on the transportation committee, pointed out that that is “a ten-year figure with zero details about how or where that money is spent.” Only $5 billion of the $200 billion is earmarked for 2018, and most of the rest won’t kick in until after 2020.

Even if the $200 billion is eventually accounted for, that is nowhere near $1 trillion in actual infrastructure spending. As the New York Times described it, the president plans to rely on “a combination of private industry, state and city tax money, and borrowed cash” to make up the difference. The costs of rebuilding American infrastructure, in other words, would be shifted to already-strapped state and local governments; the Trump administration euphemistically calls this an attempt to “encourage self-help.” This approach also seems to rely on the kind of public-private partnerships that enrich corporations and hurt ordinary citizens: airports, roads, and water-treatment plants get sold off to companies that can charge tolls and fees for their use after they’ve been built or repaired. Vermont Senator Bernie Sanders was so alarmed by the Trump administration’s reliance on what it calls “leveraging the private sector” that he released a report detailing a number of reasons to be deeply suspicious of such schemes.

It is telling that even when it comes to an issue like rebuilding U.S. infrastructure, on which more than a few Democrats would have been willing to work with him, Trump’s plutocratic instincts overwhelm both political advantage and the common good. Given that the federal government can still borrow money so cheaply, the obvious solution to our infrastructure woes is to do just that: borrow $1 trillion and fix and build as much as possible. There is no need for complicated tax credits or promises of future toll revenue to get private companies to buy up what ought to be public goods. As the economist Paul Krugman once put it, “If you want to build infrastructure, build infrastructure.” To which should be added: the sooner the better.

Our Fall Books Issue Is Live