One Thousand and One Appropriations 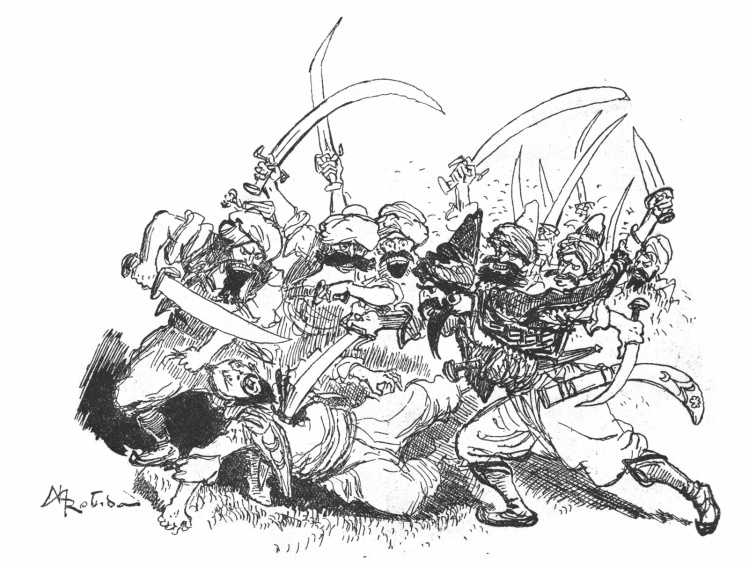 Controversies about “cultural appropriation” have reverberated loudly of late. Scandal erupted after the British band Coldplay released a video brimming with Indian imagery. Authorities in the field of higher education have issued warnings about potentially offensive Halloween costumes (no sombreros). Productions of The Mikado have been criticized, postponed, or scuttled because of concerns that casting and costuming would amount to yellowface. Underlying such controversies is widespread anxiety that borrowing from another culture can betray a blameworthy colonialist mindset.

Standards were far different in the eighteenth and nineteenth centuries, when European translators set about rendering the Arabian Nights into French and English. As Paulo Lemos Horta makes clear in Marvellous Thieves: Secret Authors of the Arabian Nights, the scholars, travelers, and empire-builders who transposed the tales into the languages of Voltaire and Shakespeare felt free to appropriate like crazy. While translating the narratives, they made telling omissions and subjective choices, added exotic or archaic diction to pump up the romance quotient, and took the opportunity to show off by yoking their own know-it-all commentaries to the stories.

Nor were such literary shenanigans the only dubious aspects of European efforts to translate the Arabian Nights, a loose array of tales, of undetermined authorship and varied provenance, which found their way into Arabic-language forms as early as the eighth century. Horta writes that English and French translations “were created within a literary context in which practices of imitation, forgery, and plagiarism flourished” —a fact that offers a new perspective on some of civilization’s best-known stories. Marvellous Thieves is not a light read; its attention to historical and textual detail can be strenuous, and its language is frequently academic. But, drawing on resources that include the Vatican Library, it offers some fascinating revelations about the translation efforts that turned the Arabian Nights—also known as One Thousand and One Nights—into the world’s inheritance.

The Arabian Nights translator with highest name-recognition today is surely Sir Richard Francis Burton, the nineteenth-century writer and explorer who is also known for traveling in disguise to the Islamic holy cities of Mecca and Medina, and for introducing Westerners to the Kama Sutra. That Burton’s “translation” of the Arabian Nights was grounded in plagiarism is not a new charge, but Horta draws on recent archival discoveries to delve into Burton’s brazen looting of an Arabian Nights by the Pre-Raphaelite poet John Payne, who may in turn have been ripping off other translators. (As for that 1883 English-language Kama Sutra, said to have been translated by Burton, Horta reports that it’s really the work of Sanskrit scholar Bhugwuntlal Indraji.)

But many of the most intriguing episodes of appropriation detailed in Marvellous Thieves involve Easterners who contributed to the West’s Arabian Nights in ways that have gone unacknowledged. Two of the best known Arabian Nights adventures—“Ali Baba and the Forty Thieves” and “The Story of Aladdin and the Wonderful Lamp”—were supplied by Hanna Diyab, a Syrian Maronite Christian who traveled to early eighteenth-century France, where he related a batch of tales to Antoine Galland, the first French translator of the Arabian Nights. These yarns, now known as the “orphan tales,” have (with one exception) no known Arabic-manuscript source, yet they have joined the canon of the Arabian Nights.

A visit to the bling-riddled environment of Versailles may have inspired Diyab to include descriptions of similar riches in a tale like “Aladdin.”
sharetweet

According to Marvellous Thieves, a memoir by Diyab that recently surfaced in the Vatican Library sheds light on the Syrian’s talents as a storyteller and creative force. Comparing details from the orphan tales with episodes in Diyab’s memoir, Horta concludes that a visit to the bling-riddled environment of Versailles may have inspired Diyab to include descriptions of similar riches in a tale like “Aladdin.”

Horta also argues that the hagiographic narratives circulating within Syria’s Catholic community left an imprint on Diyab’s storytelling aesthetic. Perhaps more significantly, Diyab was hugely influenced by the time he spent traveling from Aleppo to France with Paul Lucas, a roguish French collector, opportunist, and liar-raconteur. Lucas’s deceitfulness, and anxiety about bandits and pirates, might have furnished material for such tales as “Ali Baba and the Forty Thieves.”

In general, Horta maintains, a series of “cross-cultural encounters”—such as Diyab’s French sojourn and relationship with Lucas—were pivotal in shaping what Westerners came to know as the Arabian Nights. Another important cross-cultural encounter explored in Marvellous Thieves involves Sheikh Ahmad, a Cairo bookseller whose enthusiastic riffing on the subject of women’s loose morals may have influenced the writings of the nineteenth-century British ethnographer and translator Edward William Lane. In rendering the Arabian Nights into English, Lane repeatedly played down, or omitted, episodes that show female characters to be smart, brave, and resourceful—a perverse achievement, given the centrality of the brilliant Scheherazade to the story cycle as a whole. (Were she real, and living today, Scheherazade would surely have donned a pink hat and led the Women’s March on Washington.)

Marvellous Thieves would have benefited from a longer, clearer definition of the story cycle known as the Arabian Nights and more explanation—even if speculative—of the work’s geographical roots and early history. An assistant professor of literature at New York University Abu Dhabi, Horta apparently assumed he was writing for a scholarly audience that would not need to be spoon-fed such stuff.

But many general readers are surely interested in the Arabian Nights, which has inspired or influenced a vast swath of art and entertainment. Without the contributions of the “thieves” covered in this book, the world might not have Rimsky-Korsakov’s symphonic suite “Scheherazade,” certain fiction by Salman Rushdie, Disney’s Aladdin, the Arabian Nights of contemporary playwright/director Mary Zimmerman, and innumerable other works.

Moreover, Horta’s book has come out at a time when geopolitical developments give it added poignancy. The election of Donald Trump, the vote for Brexit, and the rise of far-right parties in Europe have signaled a surging antipathy towards the idea of an interconnected world. Trump’s travel bans have been targeted at latter-day Diyabs. In this context, reading Marvellous Thieves is a reminder of the blessings that can come from global commerce and communion. Who would want to live in a society stripped of the Arabian Nights stories? Faced with the prospect of a closed, isolationist culture, who wouldn’t want to cry, “Open sesame”?

Published in the May 19, 2017 issue:
View Contents
Tags
Books