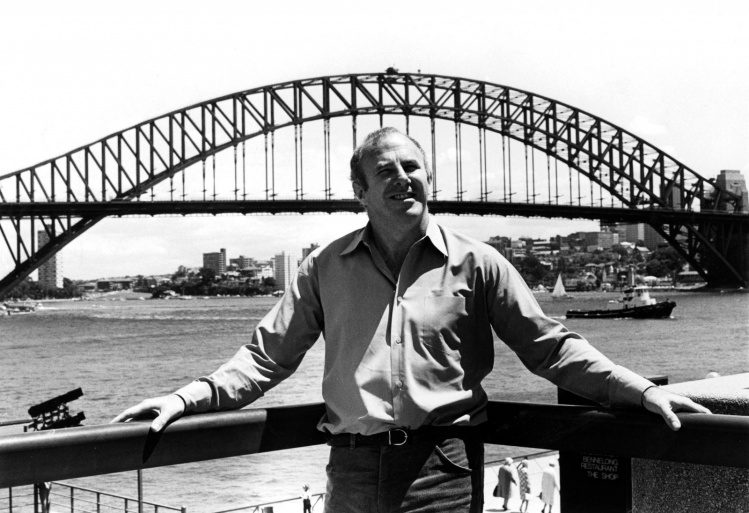 November saw the death of Clive James, a writer and showman who combined the highbrow pursuit of art (as both poet and critic) with the popular thrill of a career in television. Our current moment—saturated by pop culture, while “high” culture takes refuge in the Ivory Tower—could learn from James’s double life.

Born in 1939 in Kogarah, a suburb of Sydney, Australia, James made his name in England. In 1962 he moved to Cambridge for university. By 1972, he was working as a television critic for the Sunday Observer. The Metropolitan Critic, his first collection of criticism, appeared in 1974. Unreliable Memoirs (1980), his account of growing up in Australia in the wake of his father’s untimely death at the end of World War II, is his most popular work. Alongside these books are four more volumes of memoirs, four novels, nine poetry anthologies, seven epic poems, countless essay collections, and a translation of Dante’s Divine Comedy.

Then there was his television career. James was a witty media commentator and interviewer in shows like Clive James on Television (ITV, 1982–1988; 1997–98) and Saturday Night Clive (BBC, 1988–1990). His Fame in the 20th Century (1995), a BBC documentary series, explored fame and mass media. Clive James’ Postcard from… (1989–1995), a travel documentary program, was like a more literary version of Anthony Bourdain’s Parts Unknown.

James seemed to live two lives at once: there was the man who composed formal verse and wrote literary criticism for the Times Literary Supplement, and then there was the broadcaster who riffed on Japanese game shows and Formula 1 racing. James’s TV persona was light and breezy, but while he wrote some excellent comic verse, his poetry could also plumb the lowest depths. Toward the end of his life especially, he often wrote about death. “People we once loved will be with us there / And we not touch them, for it is nowhere” he wrote in “Event Horizon,” a 2014 poem comparing death to a black hole.

We don’t have to choose between the Doors and Dostoyevsky—we can have both, as James did.
sharetweet

James respected and enjoyed both highbrow and lowbrow culture, while maintaining a shrewd sense of how they differed from each other. James loved popular culture, and James was an elitist. And James’s achievement as a critic was in demonstrating that this was not a contradiction. One can see this critical sense operating in Cultural Amnesia: Necessary Memories from History and the Arts (2007), a sprawling collection of short essays about various cultural figures whom James found formative in his education as a liberal-minded, omnivorous “metropolitan” critic.

In an essay about G. K. Chesterton, James considers a Chestertonian attempt to define the mission of the critic: “To set the measure to praise and blame, and to support the classics against the fashions.” James interprets Chesterton’s definition as consisting of a moral imperative for critics to draw bright lines between “high” culture and “low.” He doesn’t agree with it. “All the classics were fashions once,” James writes, “new classics have to come from somewhere, and might be disguised as fashions when they do.” To us present-day readers, the Great Books of the past might seem like classics untainted by fashion. But they may seem like this only because we don’t know enough about the time in which they were written. “Suppose we knew everything about popular entertainment at the time of Ovid: it might turn out that tall stories about metamorphosis were a craze at fashionable dinner tables, the hot topic at saturnalia.”

Instead of high or low, classical or fashionable, James argues that “a work of art has to be judged by its interior vitality, not by its agreed prestige.” He never really gets around in this essay to offering an adequate definition of “interior vitality,” but one can infer that he has in mind a work’s ability to evoke or even reproduce crucial human experiences. We may understand vitality best by its absence in a cliché or an exhausted formula. A critical mind yearns for something more alive. James rejects hierarchy based on prestige, but not distinction based on value. Yet there might be as much vitality in a summer blockbuster as there is in an Elizabethan tragedy.

Our own time seems more unsettled over questions of art and criticism. We debate whether comic book movies should count as films, whether video games should count as art, and whether contemporary art is a con. We wonder if even the very act of making a distinction between popular and elite culture doesn’t amount to snobbery. Moreover, what was once known as “high” culture has lost the prestige it once had: pop music and middlebrow television series dominate the national conversation, while older forms—the novel, contemporary classical music, non-superhero movies—struggle for attention. Some forms survive only within the academy or thanks to state subsidies. “If I had to choose between the Doors and Dostoyevsky, then—of course—I’d choose Dostoyevsky,” Susan Sontag once wrote. “But do I have to choose?… I was—I am—for a pluralistic, polymorphous culture.” However, the culture we currently inhabit, while pluralistic and polymorphic, is also one in which pop culture rules, and Dostoyevsky’s work struggles to find the space it deserves. Reading itself now seems to some like an obsolescent activity.

James might respond: We don’t have to choose between the Doors and Dostoyevsky—we can have both (as he did). But one will require more effort than the other, and the extra effort is still worth it. Criticism is, at its core, this extra effort. “The capacity for criticism,” James wrote in Cultural Amnesia, “is the capacity for enjoyment.” James—who identified as a social democrat—believed in a pluralistic and polymorphic and democratic culture where the capacity for enjoyment is distributed as widely as possible, and where nobody has to miss out on Dostoyevsky. 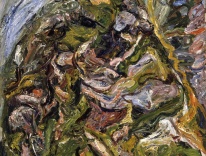