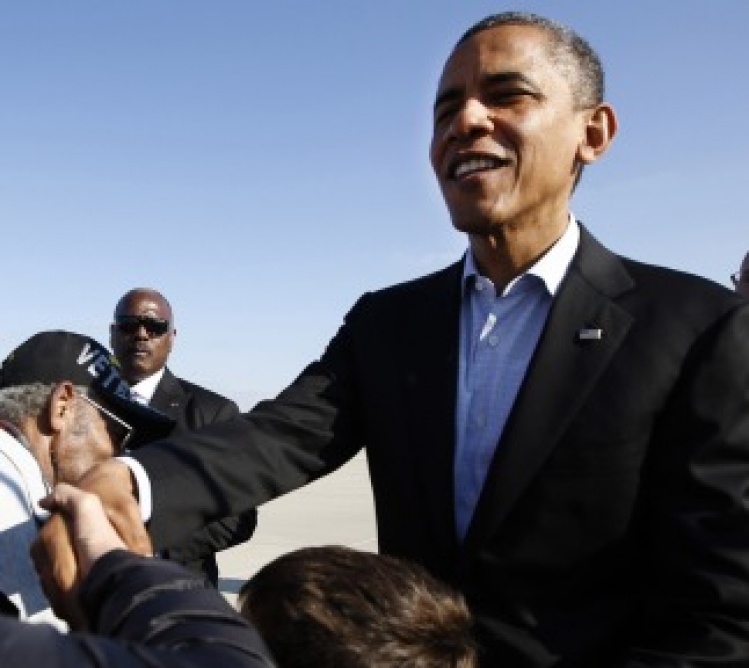 President Obama got roughed up by the pundit class last week. The question is what lessons he draws from the going-over. Here's one he should take: The nation's political conversation has grown stale and many Americans have lost the sense of what he is doing to improve their lives.

You can argue that this perception isn't fair. The Affordable Care Act, if it's implemented well, will improve a lot of lives. The economy is adding jobs, not shedding them. The deficit is coming down. Two front-burner initiatives, immigration reform and broader background checks -- yes, they'll be voted on again -- really do matter.

But the fact is that the talk in Washington has been dominated by the same stuff we obsessed over in 2010, 2011, and 2012: a monotonous, uninspiring, insider clash over budgets. Even in that context, we barely discuss what government can do that would be helpful (except to air travelers).

Obama's defenders say that D.C. dysfunction should be laid at the feet of Republicans in Congress who are so invested in his failure that they even vote against things they are for. That's what Sen. Pat Toomey, R-Pa., says happened on background checks.

Rather than criticize the president, says former chief White House speechwriter Jon Favreau, those who want him to succeed need to hold Republicans in the House and Senate accountable. The president can't do it by himself, Favreau said in The Daily Beast. He needs help from his supporters.

Well, sure. To pretend that the president can magically get an increasingly right-wing Republican House and Senate contingent to do his bidding is either naive or willfully misleading. The GOP really does hope that blocking whatever Obama wants will steadily weaken him.

But the president also needs to ask himself why even his supporters are growing impatient. His whole budget strategy, after all, is directed almost entirely toward gently coaxing Republicans his way, without any concern as to whether what he is doing is demobilizing the very people he needs on his side now.

When, in pursuit of tax reform, he explicitly offered a compromise to change the index that determines Social Security benefits as part of his budget, he did so against the advice of many of his most loyal backers in Congress. This includes Democrats who would be willing to vote for this cut to Social Security benefits as part of a serious budget deal. But they insist that such a major step toward the Republicans should be taken only in return for concrete concessions from them on the need for more revenues.

If Obama wants to underscore that his problem is Republican obstruction, he should tell those GOP senators he likes to dine with that they need to come up with revenues very soon or else he'll withdraw that "chained CPI" offer he claims not to like much anyway. Put up or shut up is a cliché, but a useful one.

Similarly, it's worth asking why so many of Obama's own initiatives have dropped out of public view. Obama has called for raising the minimum wage to $9 an hour. Many Democrats in Congress think, correctly, that it should be set at $10. Would it be so hard for Obama to come out fighting for the minimum-wage increase -- and for other steps to bolster the incomes of those stuck at the bottom of the economy? Why not expose that none of this is happening because of GOP opposition?

Obama wants to provide universal pre-K education. This ought to be a bipartisan idea. Many Republican governors have embraced the concept in their own states. Shouldn't the president be pushing harder to get it on the media's radar by way of forcing a debate in Congress?

The president believes we need to spend more on our infrastructure to boost job creation now and to make us competitive for the long run. He's right. But he needs to make clear this is something that's genuinely important to him.

It's true that Obama spoke about both his investment agenda and his pre-school plan at that much-maligned news conference last Tuesday. And the White House announced on Sunday that he would embark on a series of "middle class jobs and opportunity tours." What he hasn't done consistently or energetically enough is to remind Americans that the stakes in this debate are larger than the day-to-day drone of partisan invective suggests.

Remember the Mark Twain line that Wagner's music was better than it sounded? Obama's program has more to do with growth and opportunity than he usually lets on. If he wants to rally us, he might want to change this.