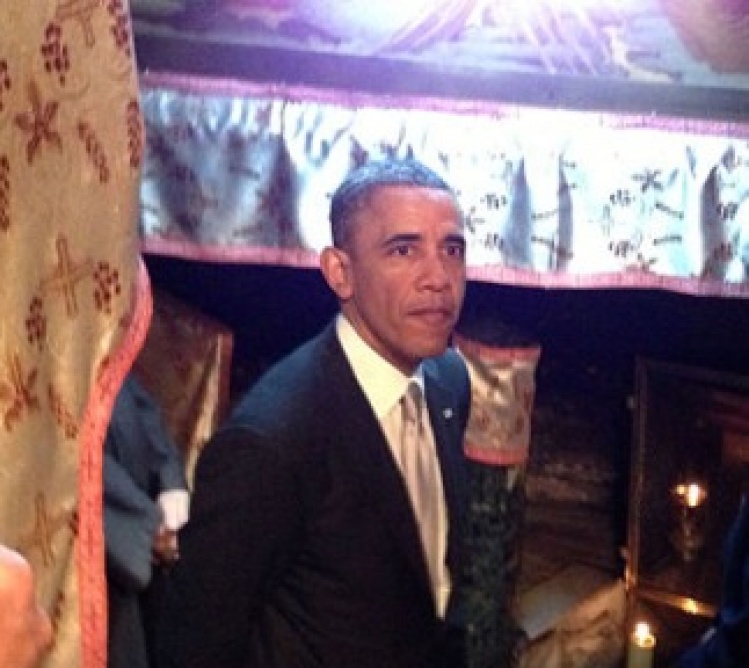 If a president finds himself in the role of a political scientist, he has a problem -- even when his political science lesson is 100 percent accurate.

When President Obama was asked by Jonathan Karl of ABC News at his Tuesday news conference whether he still had "the juice" to get his agenda through Congress, I wish he had replied, "Lighten up. This is the country where hope lives."

He could have used the flow of the news to make this case. For example, many of the senators who sided with the gun lobby against the vast majority of Americans who favor background checks -- particularly Kelly Ayotte, Jeff Flake, and Rob Portman -- are taking enormous grief from their constituents.

This shows that one defeat on one vote is not a permanent setback when the tally in question reflects an old reality (that only hard-core gun owners care about the issue) and ignores a new reality (that supporters of gun sanity are finally mobilized, and angry). On guns, the times are changing.

They are changing on other issues, too. Obama's warm praise for the decision of the NBA's Jason Collins to come out as gay was uncontroversial. If you think back just a decade or two, this is astonishing. And if immigration reform is no slam-dunk, the politics have shifted sharply toward action.

Add to this a New York Times/CBS News poll released Wednesday showing that while 46 percent of Americans believe the sequester cuts will hurt the economy, only one in 10 thinks they will help it. The austerity Republicans champion has few takers.

Obama lightly touched on some of these themes, but in answering Karl's question, he seemed more impatient and analytical than optimistic.

"We understand that we're in divided government right now," the president said. "Republicans control the House of Representatives. In the Senate, this habit of requiring 60 votes for even the most modest piece of legislation has gummed up the works there. ... Things are pretty dysfunctional up on Capitol Hill." He went on to note that the base of the Republican Party "thinks that compromise with me is somehow a betrayal. They're worried about primaries."

What Obama said is true to every detail. He really is dealing with a novel situation. The GOP has moved far to the right. The Senate no longer operates on the basis of majority rule. The strong presidents with whom Obama is often compared, Lyndon Johnson and Ronald Reagan, did not face these obstacles. In his heyday, LBJ had huge Democratic congressional majorities. The Gipper could always count on winning votes from conservative Southern Democrats who had joined Republicans regularly for many years before he took office. Obama has every right to be frustrated: When Republicans obstruct, he takes the blame.

But getting an "A" for analysis is not the goal here. In the areas he does control, Obama has to talk less about the hurdles he faces and more forcefully about what he's doing to get over them. No matter how much Congress may have tied his hands, he should not have let Guantanamo fester. His cautious gradualism on Syria is actually popular because most Americans do not want to be pulled into another Middle East conflict. But once Obama drew a "red line" against Bashar al-Assad's use of chemical weapons, the president created an obligation to take at least some action -- as the administration now seems to be doing. And he needed to get out front in explaining himself.

In light of how important the Affordable Care Act is to his legacy, you wonder why he didn't begin his news conference by announcing the steps the administration is taking to make it work. Instead, he had to wax defensive in response to a question.

Obama is right that Republicans aren't going to make anything easy for him. But he has let them suck him into a debate about budget cuts when his task is to talk about growth. In the process, he has allowed congressional paralysis to become the dominant story in Washington. Maybe, to use his phrase, the president needs to provide himself a "permission structure" to show that he still enjoys his job, has plans for the country's future, and is still fighting for the people who re-elected him.

Obama's calling card was hope. There is more to be hopeful about right now than his own public weariness would suggest.