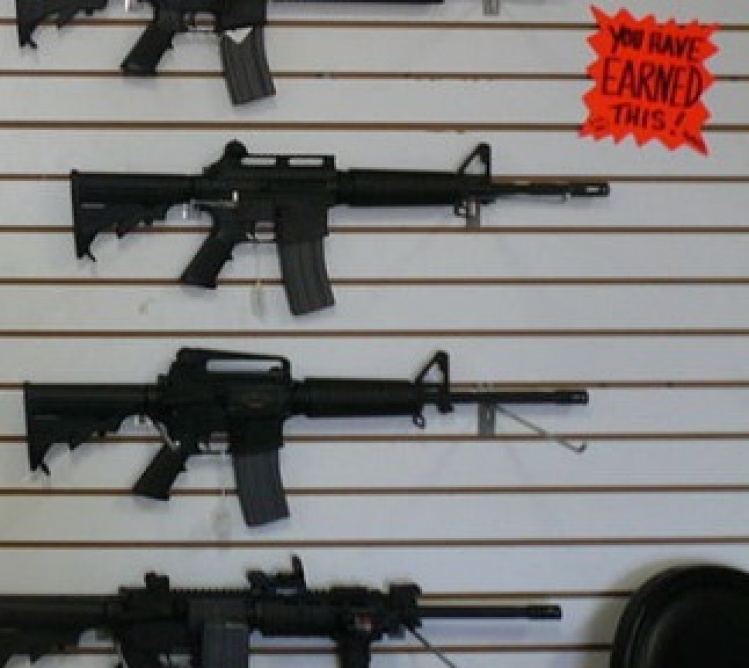 We should mourn, but we should be angry.

The horror in Newtown, Conn., should shake us out of the cowardice, the fear, the evasion and the opportunism that prevent our political system from acting to curb gun violence.

How often must we note that no other developed country has such massacres on a regular basis because no other comparable nation allows such easy access to guns? And on no subject other than ungodly episodes involving guns are those who respond logically by demanding solutions accused of "politicizing tragedy."

It is time to insist that such craven propaganda will no longer be taken seriously. If Congress does not act this time, we can deem it as totally bought and paid for by the representatives of gun manufacturers, gun dealers and their very well-compensated apologists. A former senior Obama administration official once made this comment to me: "If progressives are so worked up about how Washington is controlled by the banks and Wall Street, why aren't they just as worked up by the power of the gun lobby?" It is a good question.

There was a different quality to President Obama's response to this mass shooting, both initially and during his Sunday pilgrimage to offer comfort to the families of victims. I think I know why. It is not just that 20 young children were killed, although that would be enough.

For some months now, there have been rumblings from the administration that Obama has been unhappy with his own policy passivity in responding to earlier mass shootings and was prepared in his second term to propose tough steps to deal with our national madness on firearms.

He spoke in Newtown in solidarity with the suffering, but pointed toward action. No, he said, we are not "doing enough to keep our children, all of them, safe from harm." He added: "We will have to change."

And his initial statement Friday pointed to his exasperation. "We have been through this too many times," he said, reciting our national litany of unspeakable events, and insisting that we will "have to come together and take meaningful action to prevent more tragedies like this, regardless of the politics."

"Regardless of the politics." That is what it will take. This phrase comes easily to a president who just fought his last election, but he and the rest of us must change the politics of guns for those who will face the voters again. We cannot just be sad. We must be angry. We cannot just shake our heads. We must wield our votes and declare that curbing gun violence is not one issue among many but a paramount concern for our country.

And we will have to avoid the paralysis induced by those who cast every mass shooting as the work of one deranged individual and never ever the result of flawed policies. We must beware of those who invoke complexity not to further understanding but to encourage passivity and resignation.

What, minimally, might "meaningful action" look like? We should begin with: bans on high-capacity magazines and assault weapons; requiring background checks for all gun purchases; stricter laws to make sure that gun owners follow safety procedures; new steps to make it easier to trace guns used in crimes; and vastly ramped-up data collection and research on what works to prevent gun violence, both of which are regularly blocked by the gun lobby.

After mass shootings, it's always said we must improve our mental-health system and the treatment of those who may be prone to violence. Of course we should. But this noble sentiment is too often part of a strategy to evade any action on guns themselves.

Not this time. Americans are not the only people in the world who confront mental-health problems. We are the only country that regularly experiences horrors of this sort. The difference, as the writer Garry Wills has said, is that the United States treats the gun as a secular god, immune to rational analysis and human intervention.

We must depose the false deity. We must act now to curb gun violence, or we never will.

A Paris Moment for American Politics?