The Novels Where God Is Present 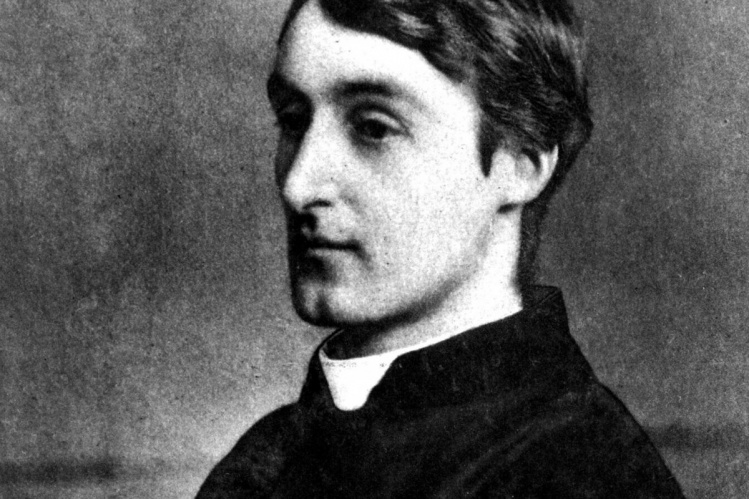 Periodically the topic of “the Catholic novel” raises its head. What is the status of the Catholic novel? Does the Catholic novel even truly exist? A lifetime of avid reading assures me that it does, and that it may be roughly defined as follows: a novel whose theme is based on some dogma, moral teaching, or sacramental principle, and in which the mystery of Catholicism is presented affirmatively.

I came to the Catholic novel as a high-school senior, and while I might not have been able to define it at the time, after reading Graham Greene’s Brighton Rock, I was hooked for life. In the ensuing years I devoured novels by Greene, François Mauriac, Georges Bernanos, and Evelyn Waugh. I loaned them to my friends, all of whom had graduated from Catholic colleges—yet somehow had never read any of the novels, or apparently even heard of them or their authors.

Unfortunately, even today those classic Catholic novels remain largely hidden treasures. Just try persuading English teachers in Catholic high schools or colleges to offer a course on them! My impression is that they think the topic too parochial. Of course, the meaning and mystery dramatized in Catholic novels is the opposite of parochial. The stories deal with the most profound truths about human persons.

The importance of the traditional Catholic novel, and also of its disappearance, was underlined by Richard Gilman in his provocative 1987 memoir, Faith, Sex, Mystery. Gilman relates how his conversion from secular Judaism to Catholicism was greatly aided by the novels of Greene, Mauriac, Bernanos, and Waugh. He writes that “I wanted to hear about God then,” and that he found him “lurking in all those fictional worlds, more or less a factor in the plots, often an antagonist, and his presence there—His presence.... He was someone, a character not wholly unlike all the others.”

When Gilman later moved away from Catholicism, he observed accurately that no one was writing the kind of Catholic novel that had led him into the church. But something else has appeared since that time, a newer kind of Catholic novel, the most striking examples of which are the works of Alice McDermott. To my mind McDermott’s seven novels dramatize the idea put down in Gerard Manley Hopkins’s poem ”As Kingfishers Catch Fire”:  “Christ plays in ten thousand places, / Lovely in limbs, and lovely in eyes not his / To the Father through the features of men’s faces.” Alice McDermott seems especially attentive to those words. And her power of observation and ability to express what she observes are awesome.

It is a drama of spiritual intervention, whose centerpiece is the rescue of a stubborn sinner.
sharetweet

At the risk of oversimplifying, I see the religious adventure in those earlier, classic Catholic novels as the drama of a transcendent God, the Hound of Heaven, dramatically entering into the life of a sinner poised at the gates of Hell. It is a drama of spiritual intervention, whose centerpiece is the rescue of a stubborn sinner: Scobie committing suicide in The Heart of the Matter; the whiskey priest in The Power and the Glory, unable to ask forgiveness for his sin of fornication; the adulterous relationship of Sarah Miles and Maurice Bendrix in The End of the Affair; Mme la Comtesse in The Diary of a Country Priest, who closes herself to God’s grace after the death of her child; or Lord Marchmain, whose last action is blessing himself on his deathbed in Brideshead Revisited.

In contrast, such masterful McDermott novels as Charming Billy or After This involve no dramatic entrance of God, because God is present from first page to last. In McDermott’s fictional worlds each reality is a word from God, a word speaking to us. Here God could never be described as an outsider or an intruder—it is not Francis Thompson’s “Hound of Heaven” that illuminates her work, but (again) Hopkins, whose insight that “the world is charged with the grandeur of God” she shares. McDermott sees creation as sacramental, and within this sacramental world grace works ever so subtly.

For fear of giving away crucial plot points, I hesitate to say much about McDermott’s latest novel The Ninth Hour, which is one of her best. But let one early scene speak for the whole. In it, a nursing sister is finishing her visitations when an unexpected emergency arises which requires her response. At the same time, her bladder is almost bursting, and she desperately needs to get to a bathroom. Simultaneously a call from God and a call from nature: talk about the sacred and the profane! The scene’s gentle and forgiving comedy reminds us that there are not two worlds, the natural world and the supernatural world. In McDermott’s world everyone is involved in a cosmic love adventure. All is grace, from saying a rosary to cleaning a commode; from the cleansing waters of baptism to the washing of stained linen. Christ is everywhere, playing in ten thousand places; he is the horizon against which all the drama takes place. Can a person be a horizon? McDermott’s writing reveals her belief that a Risen Christ can.

Fr. Robert Lauder teaches philosophy at St. John’s University in Queens, New York. His lectures on the Catholic novel are available on YouTube.